The movie Bullitt is not very good. It's a melodramatic piece of cinematic kitsch that sees Steve McQueen's title character, Frank Bullitt, scowl his way through 1960s San Francisco, past a collection of stock characters, and to a conclusion that's totally unforgettable. I've seen the movie over a dozen times and I still don't remember how it ends.

Bullitt would have gone down as a minor footnote in Steve McQueen's career, overshadowed by genuinely great films like The Great Escape, The Thomas Crowne Affair, and The Magnificent Seven, had it not been for 10 minutes and 53 seconds that changed cinema.

Steve McQueen Would Read These Stories: 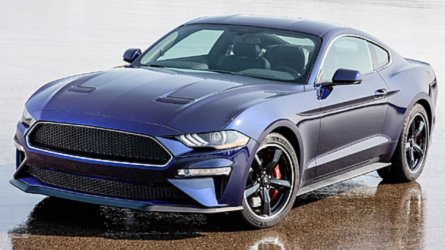 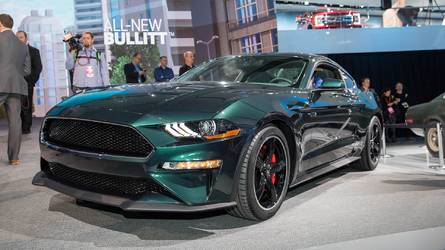 2019 Ford Mustang Bullitt Takes To The Streets In Detroit

Just as Bullitt's chase scene continues to resonate in modern films, its star, a 1968 Ford Mustang GT390 Fastback driven (occasionally) by McQueen himself, is again making its presence known to today's car buyers with the newest Ford Mustang Bullitt.

The 2019 Ford Mustang Bullitt is the third Ford vehicle to draw inspiration from Frank Bullitt's steed. To put that in perspective, the Mustang brand has a lot of great names to draw from – Boss, Mach 1, King Cobra, and the assorted Shelby models – but over the last 30 years, Ford hasn't reissued a special edition as regularly as the Bullitt Mustang.

The timing of its third generation is deliberate – 2018 marks 50 years since Bullitt wowed audiences with its groundbreaking chase scene, an affair that took two of the 12 weeks allotted to filming. The 2019 Mustang Bullitt is the most notable tribute to the film's anniversary, but it follows a formula as predictable as Frank Bullitt's dour-faced romp through 1968 San Francisco. 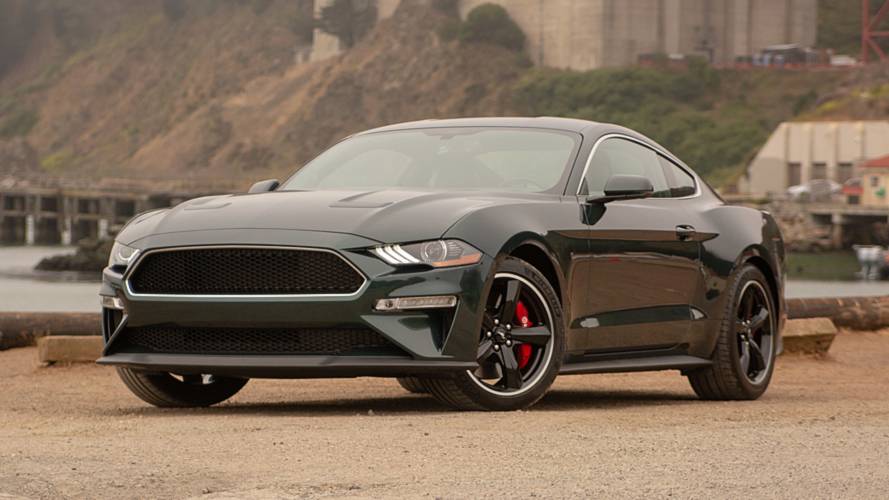 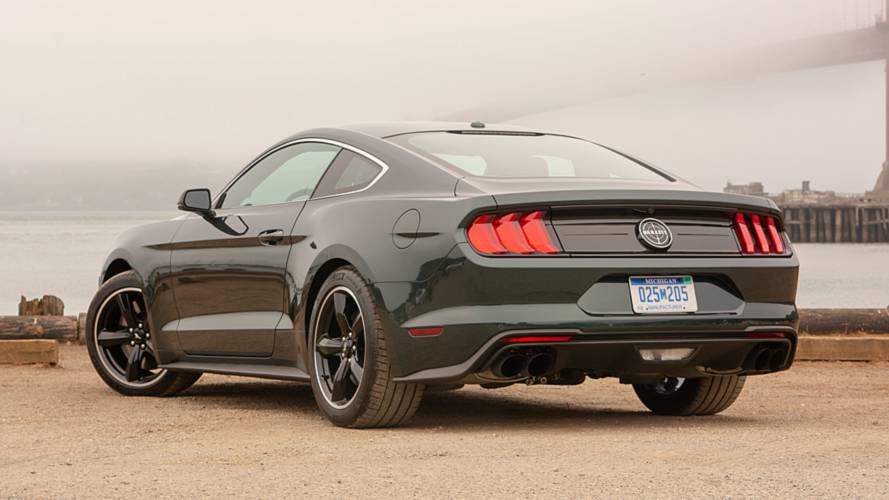 Highland Green paint – Motor1 chooses to ignore the presence of Shadow Black on the Bullitt's two-shade color palette and we suggest you do as well – is the hallmark, and it looks absolutely dynamite on the refreshed sixth-generation Mustang's coupe body. Under the gray, fog-filled skies of San Francisco, where we sampled the latest Bullitt, it carried all the purposeful menace of McQueen's character. This is a remarkably cool-looking car.

The 10 millionth Mustang is here: 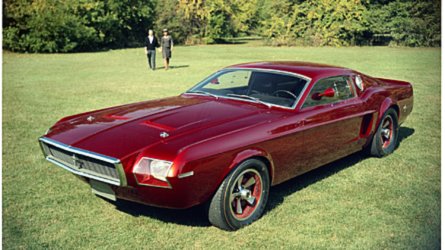 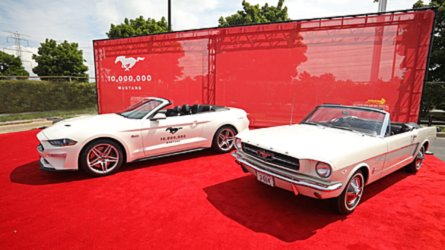 That's despite some departures from the original Bullitt Mustang. The new black wheels – big 19-inchers – bear only a passing resemblance to the Torq-Thrust alloys from McQueen's GT390 (as well as the first- and second-generation special editions). Those alloys shield red Brembo brake calipers. We have no qualms with the stoppers themselves – they arrest speed well – so much as we do their garish shade. If Frank Bullitt didn't need red calipers, then damn it, we don't either.

If Frank Bullitt didn't need red calipers, then damn it, we don't either.

But there are also accurate elements that don't work too. The movie car wore chrome surrounds on its grille and greenhouse, features that didn't make it to the first- or second-generation Mustang Bullitts. They're present here, but clash with the otherwise subdued style provided by the black wheels and grille.

As is Bullitt tradition, there's only one exterior badge on this car – the crosshair emblem on the rear decklid. It also reappears on the steering wheel airbag cover. The rest of the cabin is what you expect from a well-equipped Mustang Premium – two gauges for the oil pressure and vacuum pressure at the top of the center stack, a 12-inch digital instrument cluster (which gets a unique Mustang Bullitt starting graphic), and if you select them, the $1,595 Recaro seats. 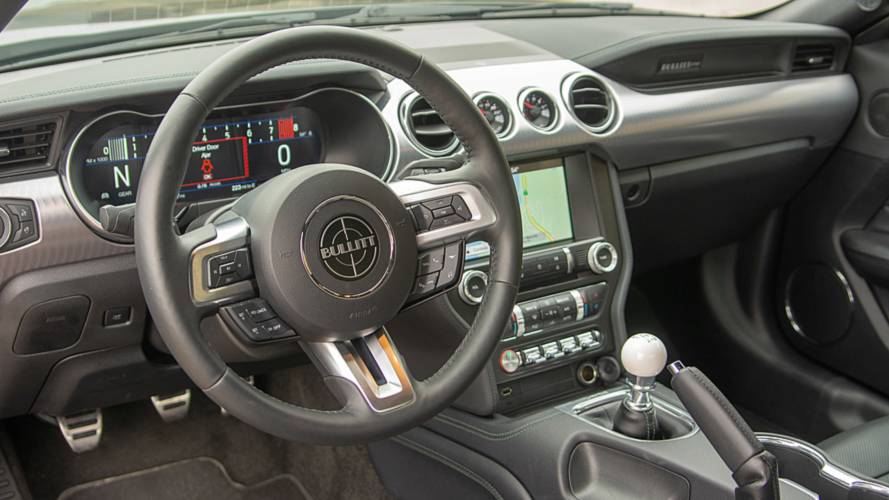 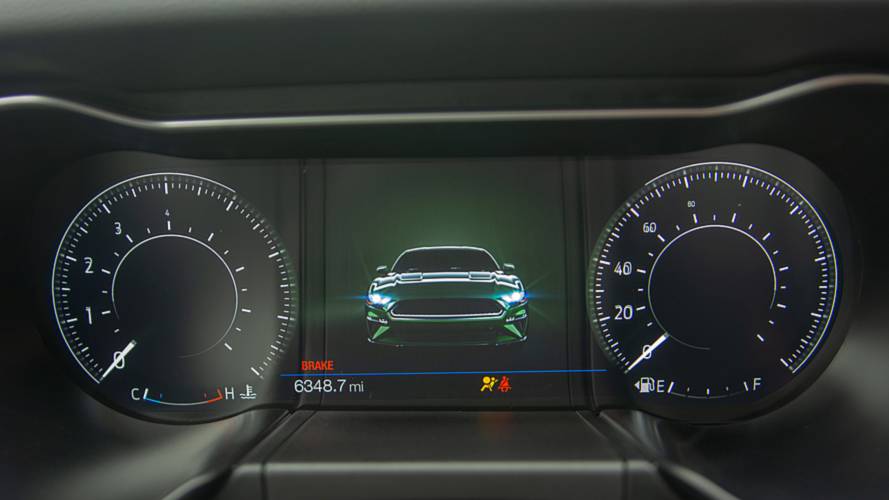 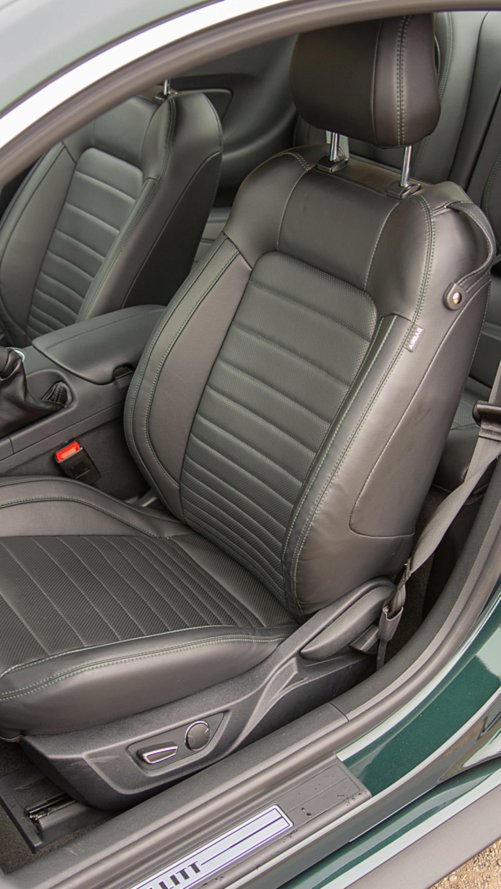 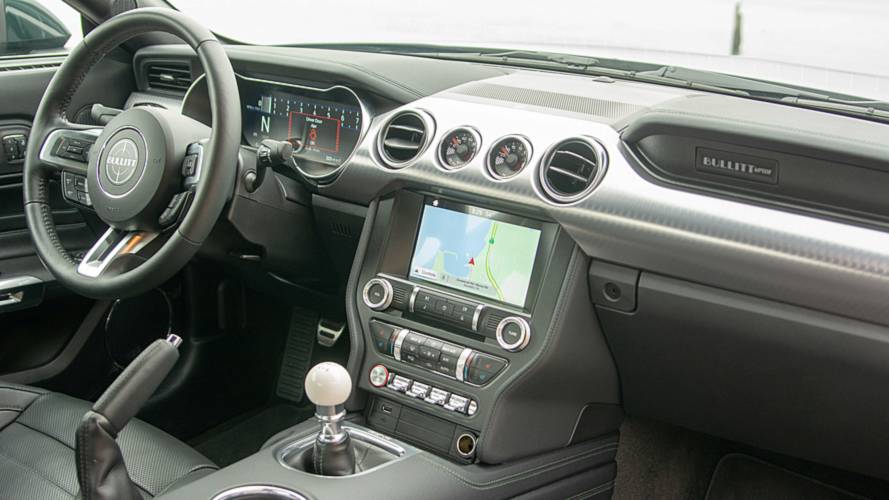 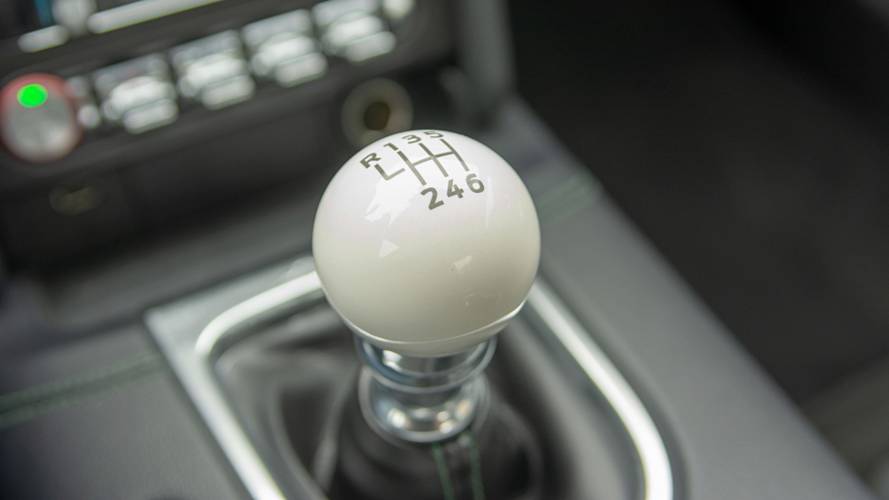 Regardless of the chairs, the Mustang Bullitt features green contrast stitching throughout, while a neat brushed aluminum applique takes the place of the traditional dash material, with a Bullitt dash plaque featuring the car's serial number on the passenger's side. A cue-ball shift knob – our favorite interior touch – rounds out the changes.

Well, it's a Mustang GT that happens to be a really cool shade of green. Yes, Ford did make some hardware tweaks to the Bullitt. This is the fastest, most powerful non-Shelby Mustang on the market, with 480 horsepower and 420 pound-feet of torque (that particular number is unchanged) and a 163-mile-per-hour top speed. That’s 20 more horsepower from the 5.0-liter V8 and an extra eight miles per hour on the top end. But there are few other changes that impact performance. 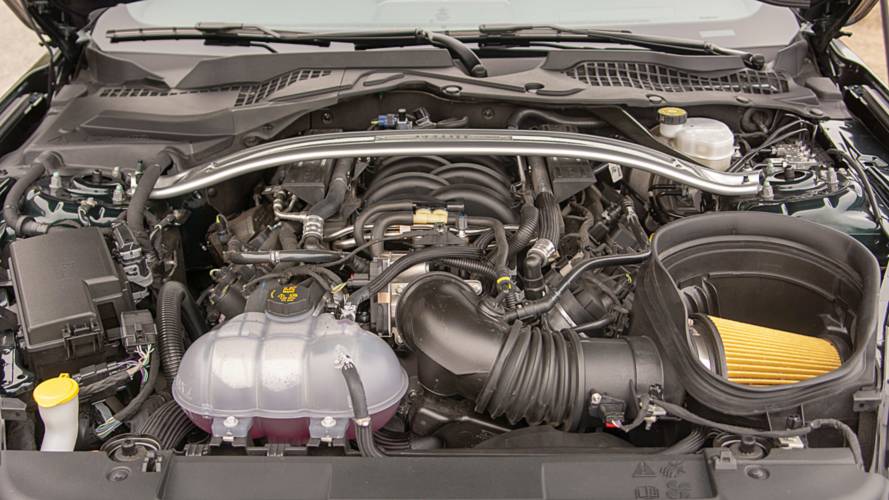 The magnetic dampers, for example, are unchanged (and are still optional). Our car had them and the fancy suspension bits performed just as well as on a normal GT, instilling the Bullitt with the kind of agility that could have convinced McQueen to set aside his Jaguar XKSS and slice up and down Mulholland in this husky hunk of Highland Green. The brakes, too, aside from the red paint, were identical. As was the action of the six-speed manual shifter.

Even the extra power was hard to appreciate as an upgrade. The Mustang's 5.0-liter V8 is a charmer, especially if you keep it above 6,000 rpms. But was I able to spot the extra power at work? Nah, not really. Adding 20 horsepower to a 460-hp car is like adding chocolate sprinkles to chocolate ice cream – sure, it sounds tasty, but sprinkles don't magically make ice cream better. More torque (the chocolate syrup of the automotive world) could have improved the experience, but this special edition has just as much twist as the normal one.

That said, looking for improved dynamics in the Bullitt misses the point entirely. This is a car that makes you, its driver, feel a certain way, be it nostalgic, cool, or somewhere in between. And in that regard, the Bullitt excels. Ironically, that's partially because of the same mechanical changes that yield little dynamic improvement. 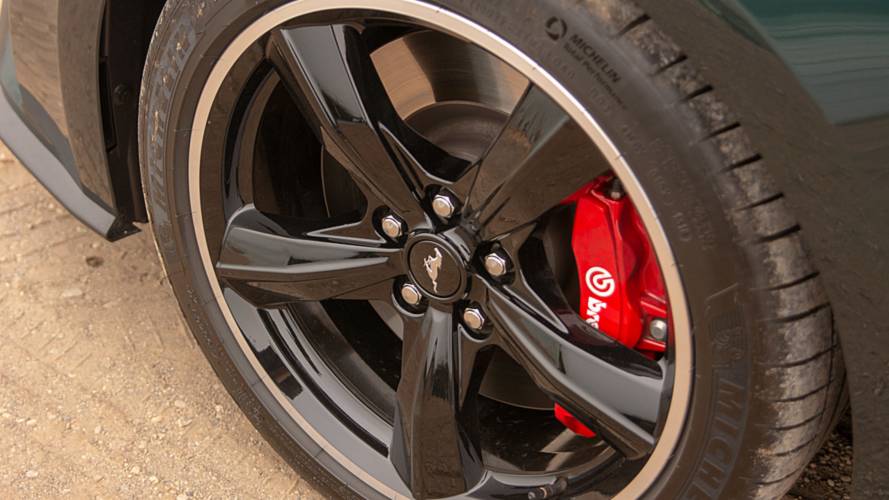 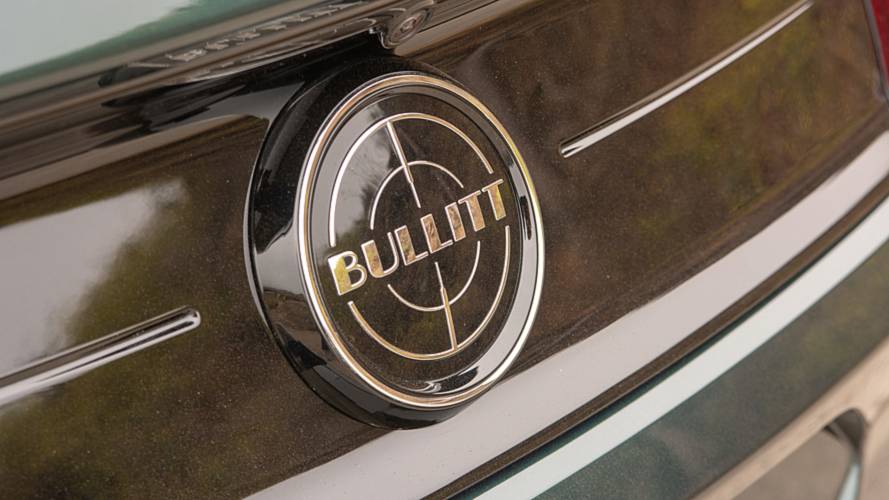 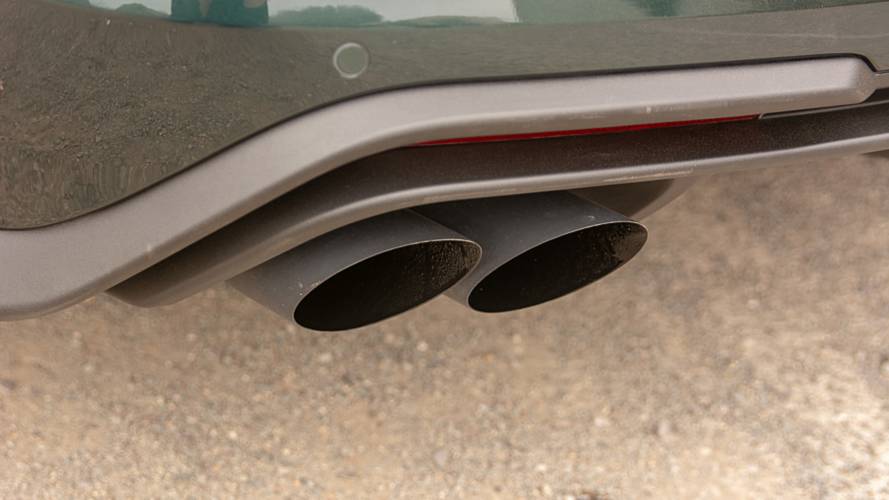 The standard Mustang GT with its active exhaust system already sounds great, but the Bullitt accompanies that note with pops and burbles and bangs on overrun. And under hard acceleration, it sounds just a hair more alive. These are tiny things that I didn't even notice at first, but as I piled the miles on, they made the Bullitt feel more special and just a little less sanitized than the standard car.

A new cold-air intake is part of the equation, but Ford also swapped in the GT350's intake manifold, and fitted a larger 87-millimeter throttle body. Along with some software tweaks, the standard active exhaust is more engaging and has more presence.

Another nice touch is that Ford won't sell the Mustang Bullitt with an automatic transmission – a six-speed manual is the only way to go. It’s a move that walls off this Mustang from non-believers, those who might order it simply because they like the color.

Ford won't sell the Mustang Bullitt with an automatic transmission.

As Mustang Chief Engineer Carl Wildmann rightly explained to me, “An automatic doesn't really fit the character of the car.” And, I'm guessing, the cue-ball shift knob would look silly on an auto-trans lever.

The Mustang Bullitt's presence also has a lot to do with how it looks. Now yes, I tested this new variant in San Francisco, the backdrop for McQueen's iconic car chase, so I expected the locals to have some understanding of the importance of a Highland Green Mustang. But I never expected the attention the Mustang Bullitt would attract.

Before I set off, passersby were wandering up to the collection of Mustangs at the media launch, snapping pictures and peeking through windows. At one point, a man came up to look at the car, excitedly explaining that he has a Bullitt movie poster hanging on the wall next to his desk. And on the roads around San Francisco, other motorists gawked and took hurried pictures with their cellphones. The Mustang Bullitt is a subdued-looking car, but you'd never guess that based on the attention it received from excited San Franciscans. 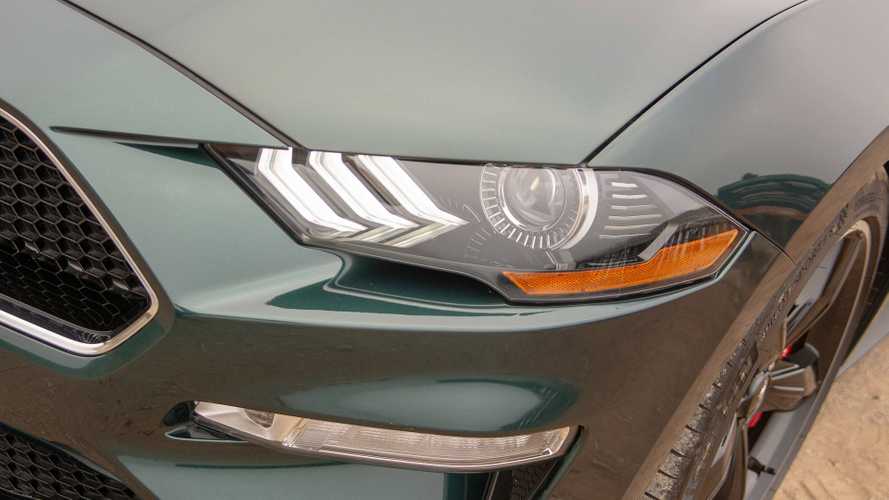 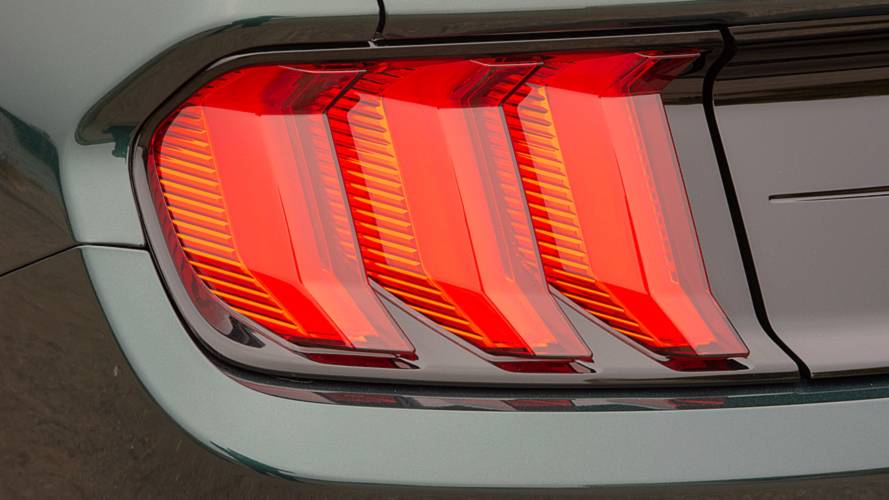 This kind of attention isn't guaranteed outside the Bay Area, and even if it were, it wouldn't come cheap. But while the 2019 Mustang Bullitt is pricey, starting at $46,595, it comes so well equipped that it's not a bad deal. The Bullitt gets everything from the Mustang GT Premium, as well as the Performance Package Level 1, 401A Equipment Package, and active exhaust. Add all that gear to a non-Bullitt, and the price comes to $46,445. In other words, you're paying $150 for 20 more horsepower, a better sound, and a much cooler aesthetic. But there's also an X factor in play that you only encounter from behind the wheel.

For me, it came as I looked out on a long, Highland Green hood while headed for the Golden Gate Bridge. I came across my reflection in a storefront window while behind the wheel of the Bullitt and just kind of stared. Like some magic mirror, I saw myself as fitter, more stylish, and cooler. I had a sudden urge to replace my Ray-Bans with tortoise-shell Persols and take up smoking. Maybe I’d adopt a mock turtleneck on my next shopping trip or try communicating exclusively through glares. For that one, all-too-brief moment, I felt like Steve McQueen. And for $150, that’s not a bad deal.