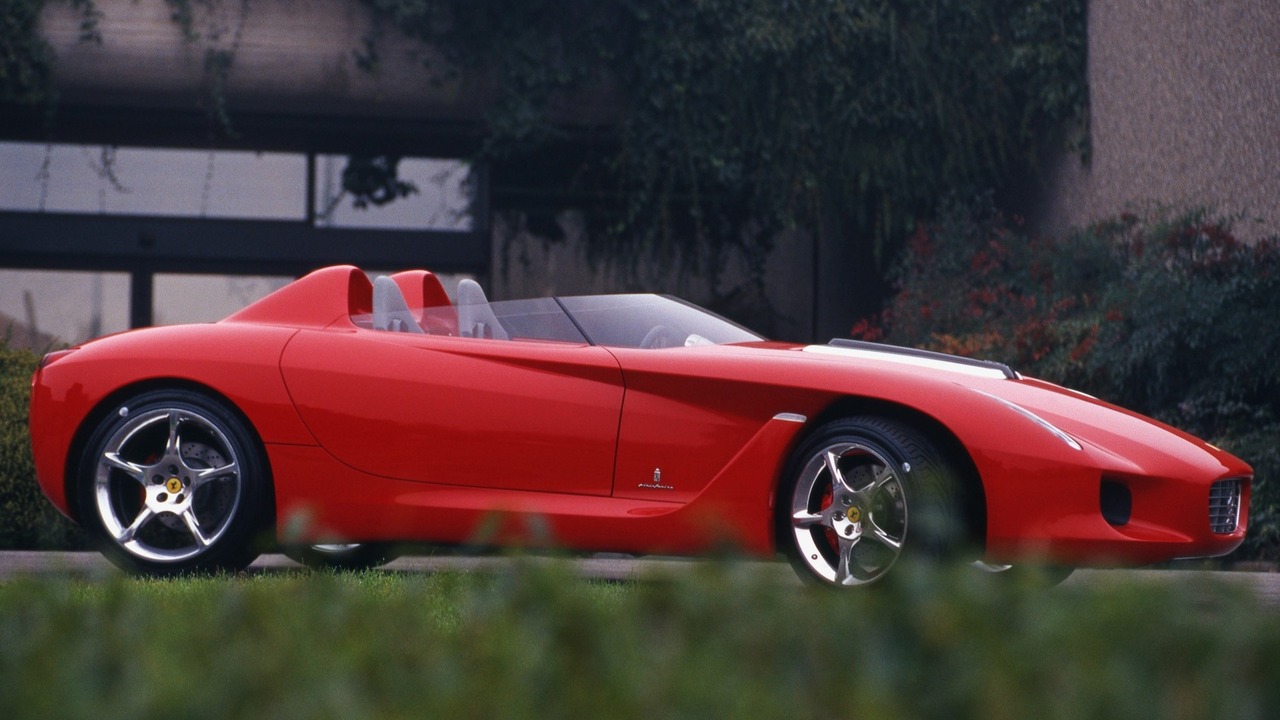 Ferraris are desirable by definition, but a speedster from Maranello is even more appealing to most of us. Meet the Rossa, a concept created to celebrate Pininfarina’s 70th anniversary and also representing a nod to Ferrari’s iconic Testarossa which was styled by the same famous Italian design house. While the concept was a tribute to the past, it also provided a sneak preview of the future, with the taillights set to be used a few years later by the Enzo.

The car was designed by Ken Okuyama, the same man behind the recently Kode57 introduced just a few days ago at the Quail. As a matter of fact, there are quite a few similarities between the two, as pointed out by some of our readers. The Kode57 looks like a more futuristic version of the Rossa concept with a sharpened up design bringing a more aggressive appearance thanks to the beefy front fascia and the massive rear diffuser.

Getting back to the Rossa concept, although it was created purely as a showcar, it must have been pretty much ready to hit the streets taking into consideration it was based on the 550 Maranello. It had the same naturally-aspirated 5.5-liter V12 engine with 478 horsepower (362 kilowatts) at 7,000 rpm and a peak torque of 419 pound-feet (568 Newton-meters) available from 5,000 rpm. All that power was channeled to the rear wheels with help from a six-speed manual transmission controllable via the lovely gated shifter reminiscent of the Testarossa.

With the heart of the 550 Maranello, the Rossa concept was almost as quick as its donor car, managing to hit a top speed of around 186 mph (300 kph), down by 13 mph (21 kph). Ferrari did not reveal details about the 0-62 mph (0-100 kph) acceleration performance, but most likely the concept was a tad slower than the 550 Maranello which needed 4.4 seconds.

While the Rossa was not intended for production, its spiritual successor will be assembled in five examples, with the first one already snatched up by Floyd Mayweather for a cool $2.5 million.

Here’s a quick reminder of our three most recent concepts from the series: Lincoln by Vignale, Holden Torana GTR-X, and Volvo Tundra.