Ford applies for fake engine noise patent, but not for why you think 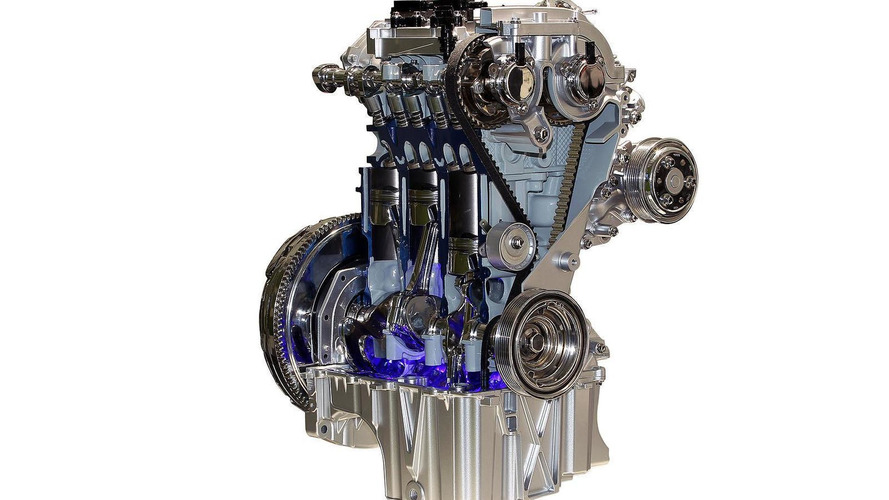 Ford believes drivers would be more efficient if it sounds like their engine has extra cylinders.

Ford has a patent to use artificially produced noise that makes an engine sound like it has more cylinders. For example, a three-cylinder could sound like an inline-six. According to Ford, the tech would improve fuel economy by encouraging drivers to shift gears at lower revs. The company's engineers hope this solution might mean better real-world efficiency for downsized engines.

Offering small, turbocharged powerplants is increasingly common, like Ford’s own 1.0-liter EcoBoost (pictured above), because of their good mileage and low emissions. However, the Blue Oval’s patent claims many people shift by ear, and they hold these mills at higher revs to get the most power out of the tiny displacement. This behavior lowers fuel economy. By recording the engine’s sound and playing the noise back at the right time in the combustion cycle, this solution makes it seem like there are more cylinders at work. With this tech in place, the company theorizes people would try to get to a higher gear sooner, which would be more efficient.

Ford already pipes an artificial engine note into the cabin of models like the Mustang with the 2.3-liter EcoBoost and the latest Focus RS, but this newly patented solution uses the tech for a new purpose. In the performance models, the extra noise makes driving sound more thrilling ­– even at legal speeds. For this application, the company takes applies the idea to helping the environment. There’s no guarantee that patented technology ever hits the market, but this filing with the U.S. Patent and Trademark Office shows Ford at least sees merit in protecting the idea.