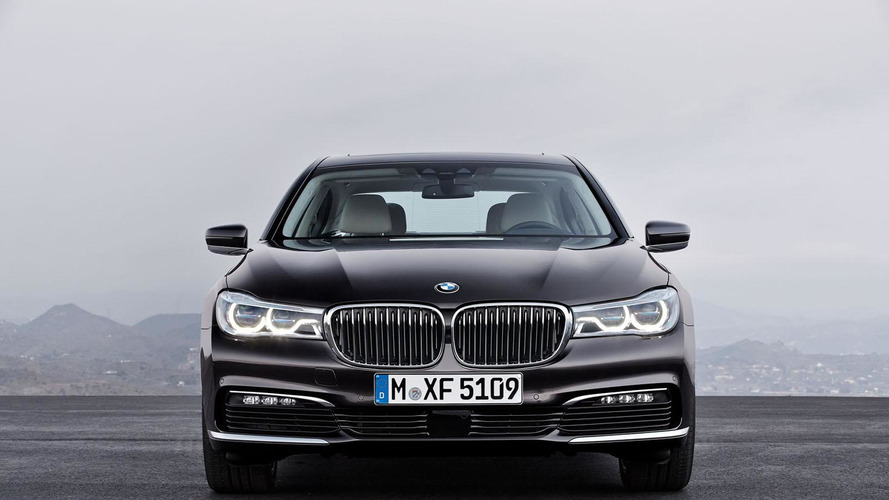 Designed to combine "supreme dynamic ability" with "luxurious long-distance comfort," the redesigned 7-Series sports an evolutionary exterior that has been criticized for being too conservative.  Regardless of where your opinion lies, the model features a familiar front fascia with a prominent twin kidney grille that is flanked by standard LED headlights or optional Laserlight headlights.  The luxury sedan also has LED fog lights, front fender vents and copious amounts of chrome trim.  Other highlights include L-shaped taillights and a variety of wheels in sizes ranging from 17- to 21-inches.

As before, BMW will continue to offer standard and long-wheelbase variants.  The latter model is 14cm (5.5 inches) longer and has a spacious rear passenger compartment.

Speaking of the interior, it features Dakota leather or Nappa leather upholstery as well as wood trim and aluminum accents.  The car also has metallic switchgear, touch sensitive controls and a new iDrive infotainment system with a touchscreen and gesture control technology.

Buyers looking to sit in the lap of luxury can order an Executive Lounge package on long-wheelbase variants.  It features a four-zone automatic climate control system, ventilated seats and power rear seats with a massage function. If that's not impressive enough, there's an Executive Lounge rear console which houses a fold out table, cup holders and a 7-inch Touch Command tablet.

Other notable options include a Sky Lounge Panorama glass roof (on LWB variants), a Bowers & Wilkins Diamond surround sound system and an Ambient Air package which ionizes the air and releases one of eight different aromas.

Under the hood, there will be a variety of powertrains including:

On the handling front, all models are equipped with a standard two-axle air suspension with automatic self-leveling and Dynamic Damper Control.  Customers can also order an optional Executive Drive Pro package which adds an active chassis control system with an electromechanic active roll stabilization system.  The package also includes an anticipatory chassis control function that uses information from the navigation system and a stereo camera to setup the suspension for upcoming road hazards such as potholes.