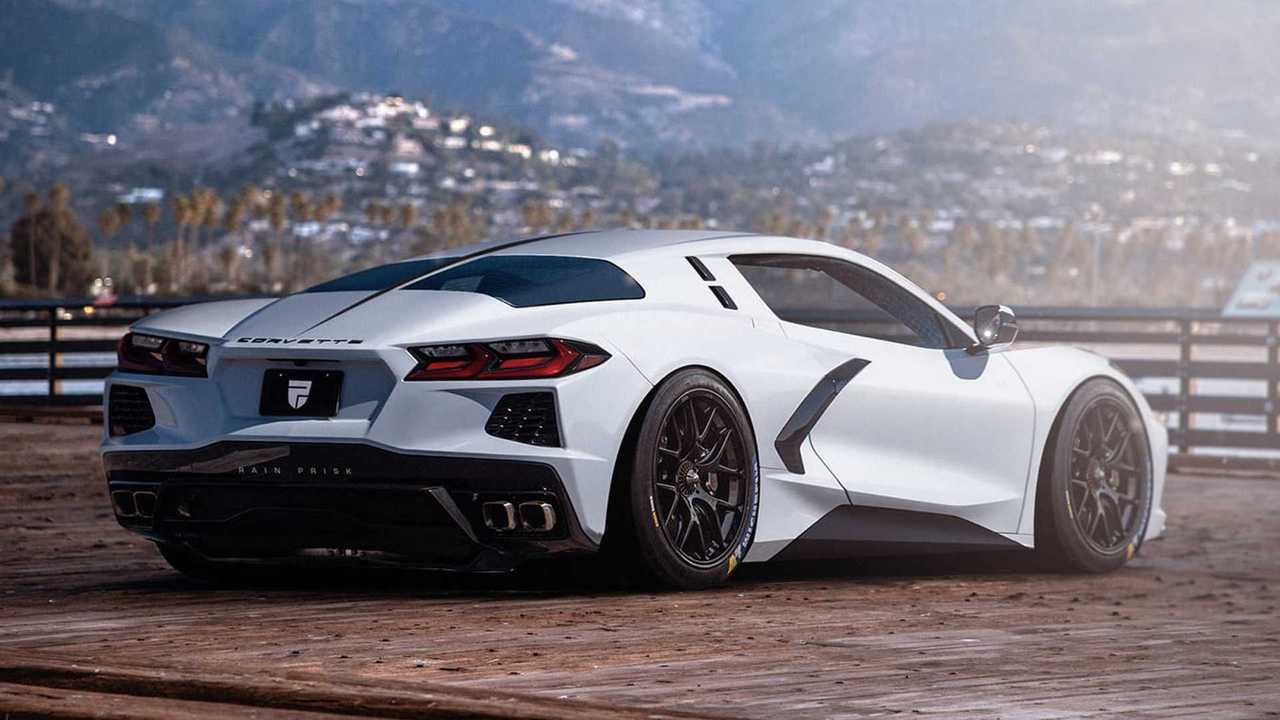 The Corvette’s illustrious 68-history has bred some of the most sought-after sports cars ever, with the 1963 split-window Corvette Sting Ray standing above most. GM designers almost brought the styling feature back on the mid-engine C8 Corvette, though they decided against it. Thankfully, artists have to ability to create new things, and that’s what Rain Prisk did, adding a split-window design to the mid-engine ‘Vette.

The rendering revamps the Corvette’s engine hatch, completely eliminating it. Instead, the roofline now extends right to the rear end, emphasizing the fastback look. It gives the Corvette a bit more of a bulbous, Bugatti-like appearance from the rear-three-quarter angle. The longer roof also changes the Corvette’s B-pillar design, replacing the small piece of triangular trim with a pair of intake garnishes. The elongated roof is accentuated with a sleek spine arching from the roof to the CORVETTE letter at the rear, splitting the rear window and reintroducing an icon.

The Corvette’s rear is a bit cleaner in the rendering compared to the production car Chevy sells, though it is missing the high-mount brake light in the middle. That could be added elsewhere. When GM was designing the new C8, it tried to incorporate the split-window design. However, according to Chevrolet Performance Exterior Design Director Tom Peters, every attempt “came across as forced.” GM’s designers couldn’t get the split-window design to flow with the rest of the Corvette’s sharp-edged styling.

But maybe it’s a good thing GM left the split-window in the rearview mirror. The 1963 Corvette is an icon because it’s different. Chevy abandoned the split-window design in 1964 after a wave of complaints about rearward visibility, inadvertently creating an icon. The C8’s mid-engine layout helps negate some of those complaints as rearward visibility isn’t spectacular to begin with, though the car’s design just wouldn’t work with a split rear window. Maybe that’ll change with the Corvette C9.