This leaves just three vehicles in Dodge's lineup, and they all have Hellcat power.

Dodge is horsepower crazy. A 797-horsepower Redeye version of the Charger sedan and a 710-hp three-row Durango SUV were recently revealed. The automaker isn’t shy about making even its family-friendly vehicles go very fast, and Dodge punctuated that comment by saying its entire lineup will offer Hellcat power. Does that mean we’ll see a bonkers Dodge Journey and Grand Caravan with over 700 horsepower?

In short, no. We already knew the Caravan – the grandfather of all minivans and the creator of the segment – was cut after the 2020 model year. The Journey crossover as long been speculated to be on the cutting block, and with Dodge’s new claim of Hellcat V8s for everything, that officially puts the kibosh on it as well.

Or rather, it should mark the Journey’s end. Manufacturers seldom make official announcements regarding the demise of a model, but the Journey has existed virtually unchanged since its debut for the 2009 model year. An automaker would be insane to take a 10-year-old platform and shove a gazillion-horsepower under the hood. And yet, we have the Charger and Challenger. Yeah, that’s awkward. 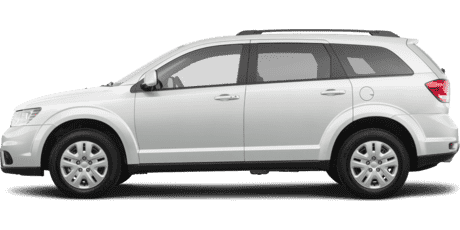 save over $3,400 on average off MSRP* on a new Dodge Journey

Unlike those vehicles which still sell quite well despite their age, the Journey isn’t flying out of showrooms. A recent report showed nearly 50 percent of 2019 models were still at dealerships waiting for buyers, and that was before coronavirus changed everything. The 2020 model year saw just two Journey trim levels available, and that’s almost always a prelude to certain death.

Hellcats For The Family:

We live in crazy times, however. To be absolutely sure, we contacted Dodge about the Journey’s future and a spokesperson confirmed that it has no future. Specifically, the Journey will cease production late in the fourth quarter of this year, ending its run as a 2020 model. Production for the Caravan is already ended.

Dodge enthusiasts still have a family option. The Durango offers three-row seating for carrying the kids to and from soccer practice. And with a new Hellcat version arriving next year, there’s no excuse for ever being late.