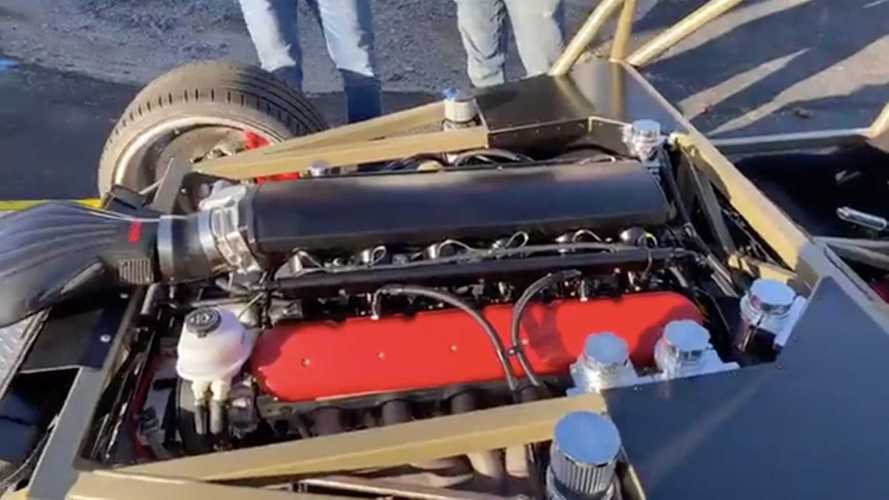 It will be introduced at SEMA but will be fully revealed in February 2020.

Factory Five Racing offers something that most car enthusiasts love – professionally built supercars at non-supercar pricing. The company has made a name by building AC Cobra replicas but ultimately, the Corvette-based GTM supercar is your best pick if you want to drive a supercar but on a tight budget.

The aftermarket company, however, has announced that the GTM will have a successor, and it will be introduced at the upcoming SEMA show next month. In a Facebook Live video last Thursday, Factory Five introduced a front-mid-engine prototype, armed with a massive 9.5-liter LS3-based V12 engine.

There's not much info about the upcoming GTM-replacement, apart from details about the V12 power plant. The engine is supplied by the Australian company V12 LS that specializes in making V12s out of LS V8s. This particular example used by Factory Five makes 750 horsepower (559 kiloWatts) and a whopping 775 pound-feet (1,052 Newton-meters) torque. And, by the sound of it, it looks like this engine is a killer.

As for the other parts of the car, it looks like it will have Wilwood brake system, Sparco Seats, and Koni adjustable suspension. The body of the new supercar, however, will be made out of carbon fiber, which makes this a lightweight and powerful supercar worth waiting for.

As we've mentioned, the new Factory Five supercar will be showcased at the SEMA show next month, but the whole car will be fully revealed in February 2020.