The last time we did a “Most Expensive” post on a Corvette was in February 2018 when we ended up with an eye-watering $155,833 for the C7 ZR1. With the C8 being released initially in the base Stingray guise, it obviously doesn’t get close to the premium Chevy asked for the flagship version of its previous generation Corvette even if you tick all the boxes. 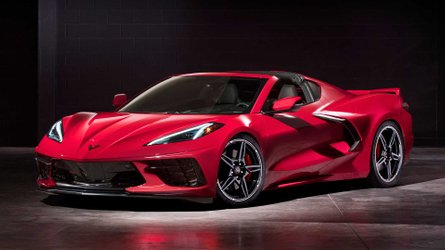 The bowtie company launched an online visualizer for the mid-engined coupe in mid-July shortly after the C8’s much-hyped debut, but without including pricing details. At that time, each and every Motor1.com editor spent some time with the customization tool to create the ideal C8, and now we know how much it would set us back to own the perfect Corvette.

Chevy has quietly uploaded the C8 full configurator on its website and math starts at $59,995 for the base 1LT as announced mid-August when pricing details were released. Step up to the midrange 2LT and the price will jump to $67,295, while the high-end 3LT begins from $71,945. Then we head to the rest of the configurator, specifically in the “Packages” section where we’ll find the Z51 Performance Package for $5,000. Here’s what this option gets you:

In the same section of the configurator, Chevy lists the Engine Appearance Package for $995, bringing LEDs illuminating the engine compartment along with carbon fiber closeout panels on both sides of the 6.2-liter V8 engine.

See Some Of The Tech Inside The C8: 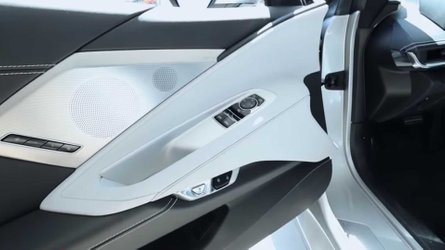 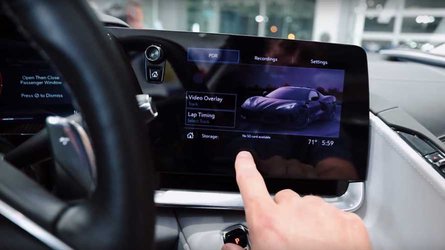 Here's The Lowdown On The Corvette C8's Infotainment System

Of the four Premium colors, only this Sebring Orange Tintcoat and the Long Beach Red Metallic Tintcoat cost $995 as the other two – Rapid Blue and Accelerate Yellow Metallic – are $500. The vibrant shade can be complemented by dual stripes that’ll set you back an additional $995. Additional upgrades on the outside include the $1,495 19-inch front & 20-inch rear Spectra Gray wheels, a $3,495 carbon fiber dual roof package, and a pricey $4,850 ground effects kit in carbon fiber.

Stepping inside, we obviously picked the optional $500 Competition Sport bucket seats and combined them with $395 Torch Red seatbelts and $395 Adrenaline Red leather stitching. The carbon fiber trim was an extra $1,500, while the steering wheel wrapped in sueded microfiber was a $595 option.

$103,615 is what the maxed-out configurator says, including the $1,095 destination charges. Bear in mind we’ve been talking about the coupe as the configurator for the recently revealed convertible is not up yet. You can already spec one on Chevy’s site, but the full pricing info will not be attached to your ideal build. That being said, we already know the convertible commands a $7,500 premium over the coupe, so it’s not all that difficult to figure out how much a fully loaded Corvette Stingray Convertible is going to cost.

Needleless to say, future versions such as the Z06 and eventually the rumored 800-horsepower ZR1 will drive up the price furthermore. Meanwhile, you can play with the 2020 Stingray configurator here.