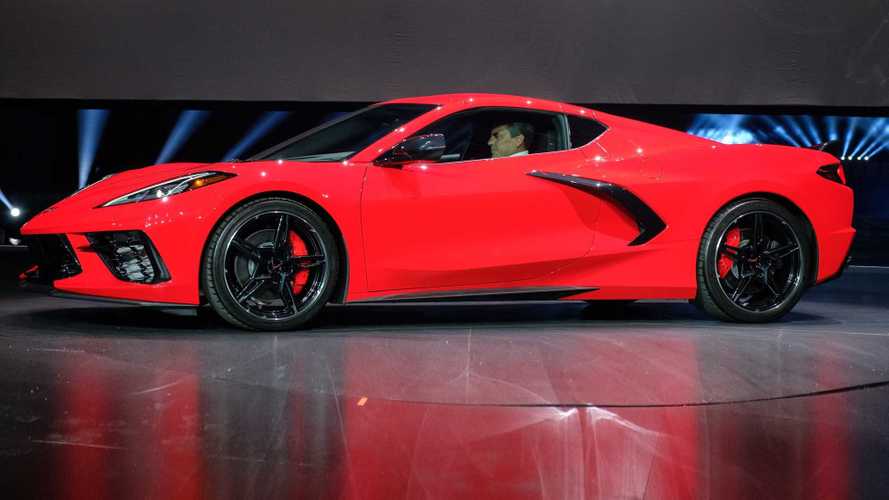 Chevrolet wasn’t kidding when it announced the eighth-generation Corvette would start at less than $60,000, as the mid-engine sports car will go on sale with a base price of $58,900, or $59,995 after a $1,095 destination fee. Yes, the all-new Corvette Stingray costs a mere $3,000 more than the current car.

That sum gets buyers into the driver’s seat of a 2020 Corvette Stingray 1LT, which includes a formidable list of standard features such as eight-way power seats wrapped in Mulan (that’s not a typo) leather, Brembo brakes, a proximity key, dual-zone automatic climate control, rear parking sensors, a leather-wrapped steering wheel with power tilt and telescoping functions, a 12.0-inch digital instrument cluster, and an 8.0-inch touchscreen infotainment system with Apple CarPlay and Android Auto compatibility. To that, buyers can also drop $1,195 on a performance exhaust system that raises the output of the 6.2-liter V8 engine from 490 horsepower and 465 pound-feet of torque to 495 hp and 470 lb-ft of twist.

If you’re already aiming to add the optional exhaust, then you might as well scrounge together enough change to drop $5,000 on the Z51 Performance package, which includes the performance exhaust as well as a performance suspension setup, an electronic limited-slip differential, improved cooling, a package-specific rear-end ratio, a front splitter, a rear spoiler, bigger Brembo brakes, front brake cooling inlets, and summer tires in place of the standard all-seasons.

You can also add the performance exhaust system or Z51 Performance package to the higher-end Stingray 2LT or 3LT models, the former of which starts at $66,200 and tacks on a host of key comfort and convenience items to the sports car. Notable kit includes a head-up display, a wireless phone charger, heated and ventilated seats with a memory function, a heated steering wheel, a Bose premium audio system, an in-dash navigation system, power-folding mirrors, a rearview mirror that projects a camera feed, a front-end camera, blind-spot monitoring, and rear-cross-traffic alert. Given the latest Corvette likely suffers from poor visibility out the rear window, as well as large blind spots, we’d likely drop the coin for the 2LT if only for the rearview mirror’s camera feed that provides an unobstructed rearward view and the blind-spot monitoring system.

Finally, there’s the top-of-the-line 3LT, which wears a price tag of $70,850 and adds higher-spec seats with carbon fiber trim, suede-wrapped upper-interior trim pieces, and leather-wrapped interior bits, including the door panels. Both 2LT and 3LT Stingrays are also available with a $1,495 front-suspension lift system to help the mid-engine monster avoid scraping its nose on steep inclines.

No matter how you slice it, the Corvette Stingray is a steal on paper given its reported top speed of 194 miles per hour and alleged sprint to 60 mph of fewer than three seconds with the optional Z51 package. That goes for the entry-level 1LT all the way up to the loaded 3LT. Let us know the Corvette Stingray trim that you'd spring for by leaving a comment below.