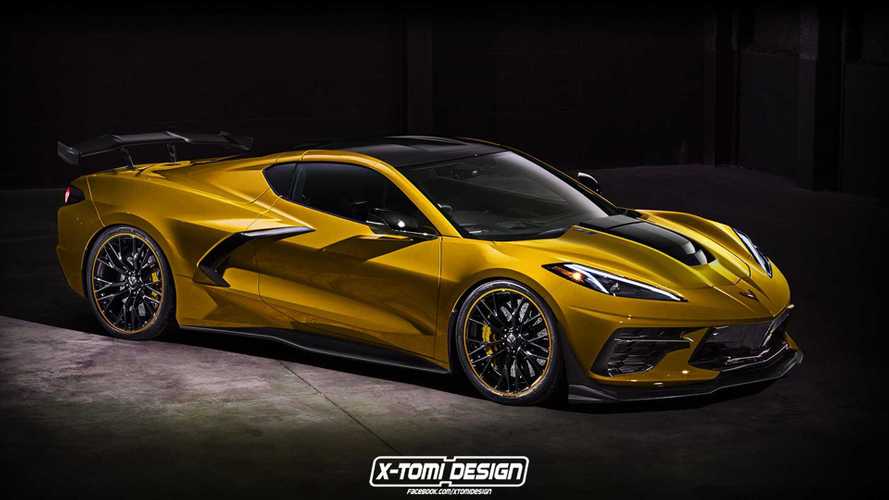 Whatever it's called, expect it to be very, very fast.

Here’s a bit of shocking information to shake up the C8 Corvette rumor mill. Muscle Cars & Trucks just dropped something of a bombshell about recent stories regarding the future Z06. We previously reported it would gain a Blackwing-themed DOHC V8 with twin turbochargers and 800 horsepower, which isn’t really surprising since that follows the general C8 evolution rumors we’ve heard about for over a year now. The latest scoop from MC&T backs that information up, but the moniker for this super ‘Vette allegedly isn’t Z06. Rather, it’s said to be the top-dog ZR1.

It’s just a rumor at this point; MC&T only identifies its “own sources” as the basis for the claim and GM obviously isn’t talking about it. Going back through our own list of rumors before the C8 reveal, we find mentions of a couple different DOHC V8 engines for the C8 displacing 4.2 liters and 5.5 liters. It was assumed the car would launch with the smaller mill, then evolve to the bigger engine on the Z06 and finally top out with the alleged 1,000-horsepower monster hybrid, combining the 5.5-liter mill with electric power.

Now that the C8 is out, we know it didn’t launch with the DOHC mill but a tweaked version of the C7’s 6.2-liter V8, which was also a rumor prior to the reveal. If the chatter about two different DOHC engine sizes are accurate, logic would dictate the Z06 receive the 4.2-liter mill with the ZR1 getting the 5.5-liter. It wouldn’t be a stretch to support MC&T’s claim by saying the Z06 could get the 4.2-liter engine in the 650-hp range, with the ZR1 getting the twin-turbo 5.5-liter for 800 hp. It would also fit Chevrolet’s previous formula of the Z06 being more of a track-oriented car, with the ZR1 holding the mantle as the most-powerful Corvette.

That is, until the Zora comes along.

Here’s the wild card in this sea of Z-branded badges. We know GM has the name Zora trademarked. We also know the camo-wrapped C8 prototype in New York had small Zora images on it. The mid-engine Corvette was the dream of Zora Arkus-Duntov, so if there was ever a time to shake up the hierarchy of ‘Vette flagship models, it’s now. Moving on from the ZR1, the Corvette Zora could be the 1,000-hp end-all-be-all American hypercar.

As before with the C8 reveal, we’ll have to be patient for a while. However the badges shake out, we suspect it will be worth the wait.