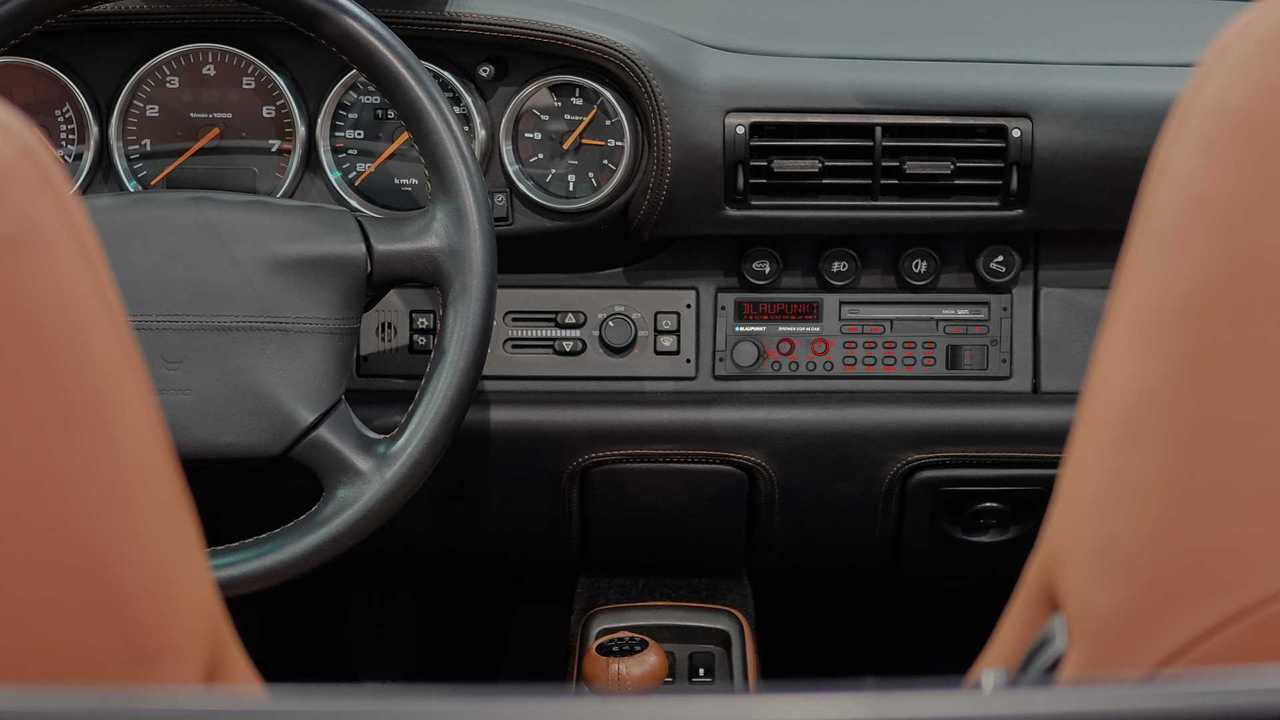 Auto enthusiasts who remember the 1980s and 1990s will probably recall the good-old in-car cassette deck. That holds especially true for the 1980s – the decade of the cassette – where pretty much every automaker offered some variation of a black stereo adorned with push buttons and digital display. They were a stark contrast to the old analog radios that used two big knobs to control volume and tune a station, and they’re as definitively 1980s as a John Hughes movie.

Now that vehicles from this era are becoming bonafide classics, there’s a small-but-steady market for modern Bluetooth-equipped stereo systems that have a proper retro look. Blaupunkt decks were often found in high-end rides back in the day, and to help bridge the technology gap, the company now offers a proper 21st-century deck with all the glorious ‘80’s aesthetics to keep your classic ride – be it an air-cooled Porsche 911 or a Ford Escort – looking the part.

The retro-styled Bremen SQR 46 DAB is packed with small buttons and dials, with a single knob for the volume and a period-correct digital display. There’s even a cassette slot, though it’s just for looks. Aside from a typical AM/FM tuner, the Bremen has USB, SD, SDHC and Bluetooth capability. It also has built-in and external microphones so you can pair your phone and chat away as you would with any modern system.

There are all kinds of current aftermarket stereo decks that will easily mount into classic rides, but as Autoblog rightfully points out, these smooth-face decks with snazzy displays look decidedly out-of-place in something from the glam rock era. There is a literal price to pay, however, for maintaining that vintage 1980’s design. The Bremen SQR 46 DAB lists at €449, which is approximately $500 in U.S. currency. It’s not outrageous by any means, but it is a bit more than your average high-quality aftermarket deck. If, however, you want to maintain a proper digital look to your classic 1980’s ride, we reckon it’s money well spent.