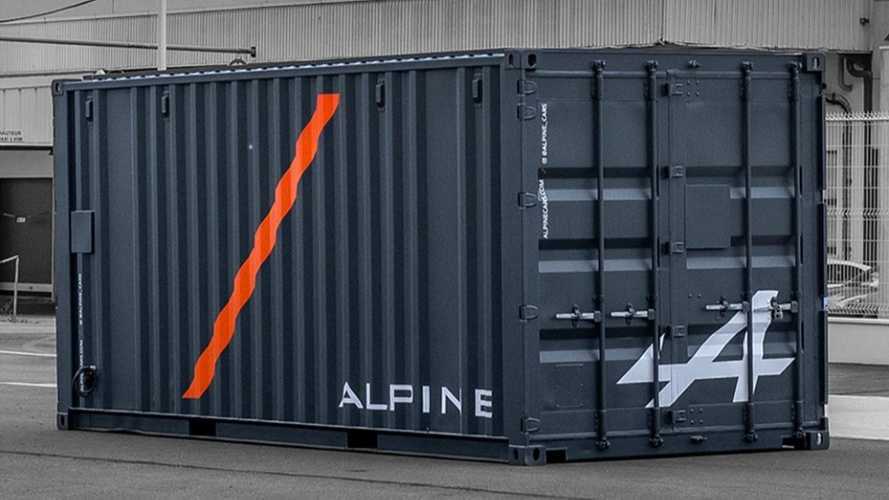 Expected to be a road version of the GT4-spec race car.

It looks like we won’t have to wait much longer to see the amped-up Alpine A110 as Renault’s go-faster division has indirectly announced the mid-engined coupe will premiere in about a week. Previously believed to debut in July at the Goodwood Festival of Speed, the higher specification of France’s Cayman will be officially revealed during the 87th 24 Hours of Le Mans scheduled to take place next weekend, June 16 and June 17.

Teased on social media with the “Coming soon. Stay tuned…” caption, the beefier version of the Alpine A110 remains hidden in a shipping container that will make the trip #FromDieppeToLeMans as per the hashtag attached to the Facebook post. Needless to say, Dieppe is the home of Alpine where the A110 is produced and where the previous models were assembled up until 1995. In 2017, Renault dusted off Alpine as a sub-brand focusing on performance cars, with future models expected to include an SUV to take on the Porsche Macan.

Little is known about the spicy new A110 flavor, but it’s expected to be a road-going variant of the GT4-spec race car. A prototype was spotted a couple of weeks ago of what is believed to be an even lighter version of the standard A110 combined with the 296-hp version of the 1.8-liter turbo engine found in the Renault Megane RS Trophy / Trophy-R. Suspension and chassis tweaks are also expected, along with upgraded brakes and a more aggressive body.

We’ll learn everything there is to know about the new version in roughly seven days from now. The rumor mill indicates it will go by the name of Alpine A110 S / Sport, while an A110 convertible is allegedly earmarked for a 2020 release to fight the Porsche Boxster. The aforementioned SUV is apparently set for a 2021 launch, with an electric counterpart due in 2022.

The Latest From Alpine: