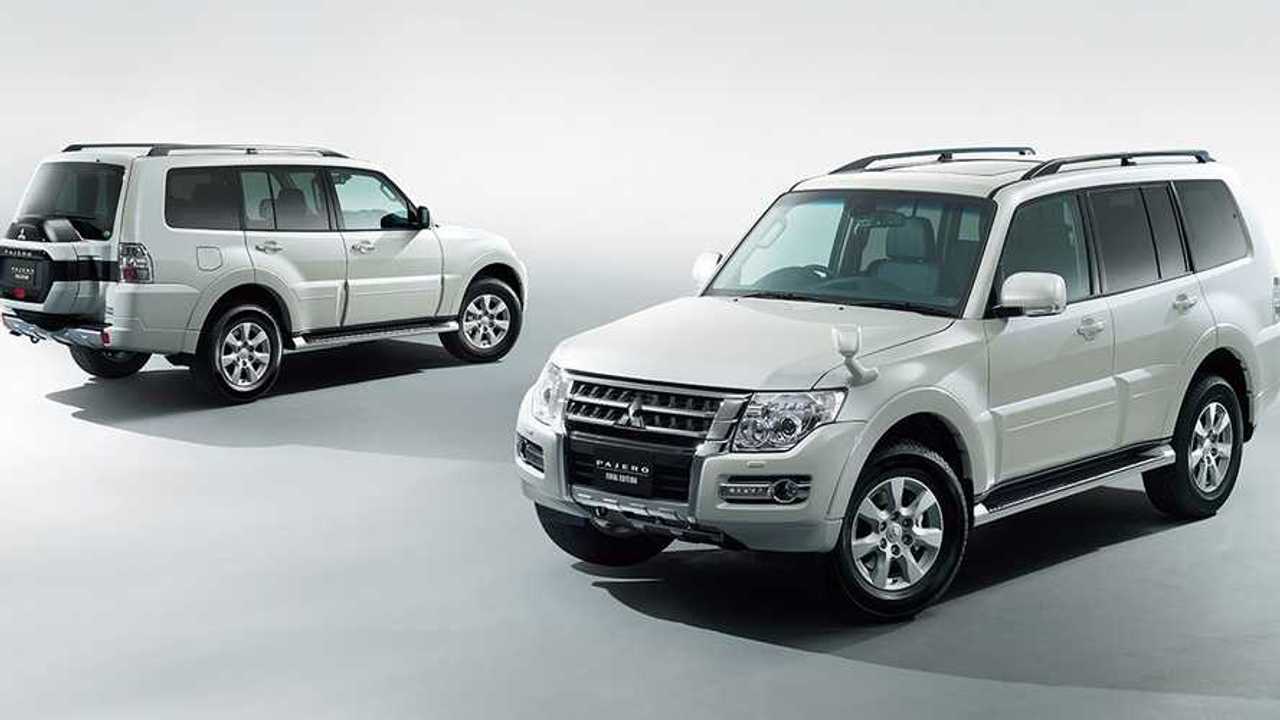 A true off-road legend is about to retire. The Mitsubishi Pajero will very soon be no longer available in its home market where it has been on sale since 1982. After more than 640,000 deliveries, the Pajero will be discontinued in Japan with a Final Edition special model.

The automaker plans to assemble no more than 700 examples of the rugged SUV with production scheduled to come to an end in August this year. Prices for the limited edition model start from ¥4.53 million which equals to about $40,489 at the current exchange rates. Mitsubishi will continue to offer the Pajero in more than 70 overseas markets.

The Final Edition model comes nicely equipped with a seven-inch display for the infotainment system, leather seats with power driver’s and front passenger seats, roof rail, electric sunroof, and a winter package. Some of these features come as standard, but the large screen on the center console is optional.

Power is provided by a 3.2-liter diesel engine generating 190 horsepower (142 kilowatts) and 441 Newton-meters (325 pound-feet) of torque. It reaches all four wheels through a five-speed automatic gearbox, a Super-Select 4WD II all-wheel-drive system, and a lockable rear differential.

Mitsubishi Now Has The Pajero Sport:

The current generation of the Pajero debuted in 2006 at the Paris Motor Show. It was a major step forward compared to its predecessor and several facelifts in 2009, 2010, 2012, and 2015 helped it remain competitive on the market. Depending on the market, a 3.0-liter V6, 3.5-liter V6, and 3.8-liter V6, as well as two four-cylinder diesels were available.

In 2018, Mitsubishi saw a major decrease in demand for the Pajero in Japan managing to deliver less than 1,000 examples. The main reason for its sales slump is the SUV’s poor economy ratings significantly overshadowed by the brand’s more efficient offerings like the Outlander PHEV and Eclipse Cross.