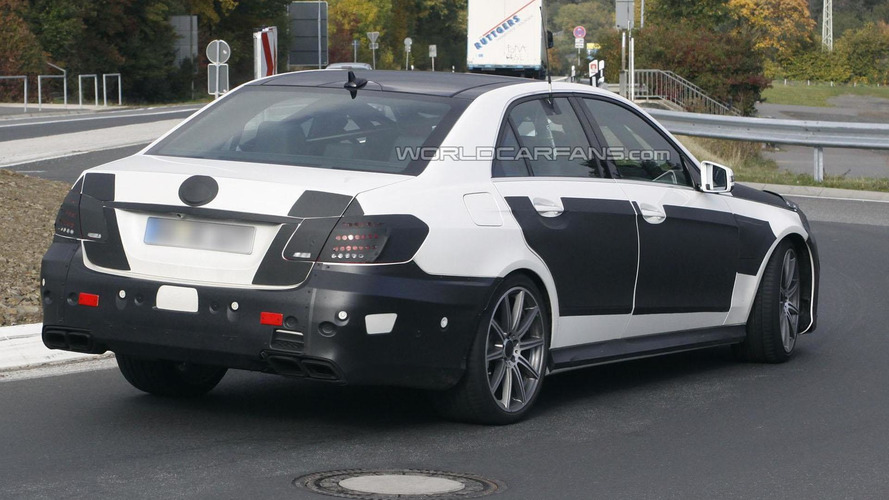 The 2014 Mercedes E63 AMG has been spied on the outskirts of the Nürburgring. It features a modified bumpers, restyled lighting units and a single bar grille.

The 2014 Mercedes E63 AMG facelift has been spied on the outskirts of the Nürburgring.

Modestly disguised, we can see the model will feature modified bumpers and restyled lighting units. There's also a single bar grille which is a radical departure from what is used on the current model.

The 2014 Mercedes E-Class will reportedly be introduced in January, so expect the E63 AMG to debut a few months later.