If you seek a thrifty four-cylinder engine in your full-size pickup truck, the Chevrolet Silverado is your only choice. The new half-ton Silverado offers a sizable 2.7-liter four-pot with a turbocharger that produces 310 horsepower (231 kilowatts) and 348 pound-feet (472 Newton-meters) of torque. Those numbers aren’t insubstantial by any means, but in a world where full-size pickup trucks can offer up to 1,000 pound-feet of twist and tow an aircraft carrier, the little four-cylinder Silverado has its work cut out for it.

Check Out The Four-Cylinder Silverado: 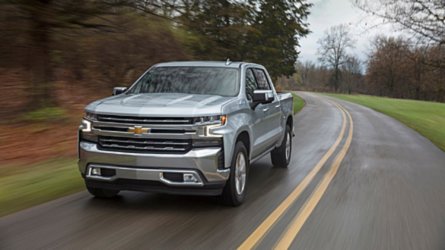 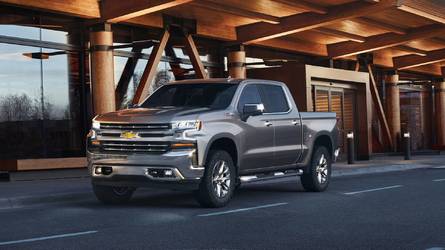 The Fast Lane Truck recently picked one up for some testing, specifically a double-cab model with four-wheel drive and a 6.5-foot cargo bed. The crew promptly hooked up a trailer loaded with 6,680 pounds of ballast, just shy of the four-cylinder’s 6,700-pound max towing capacity in four-wheel-drive trim. If that sounds low for a full-size truck, you’re not wrong – the midsize Chevrolet Colorado can tow 7,000 pounds in V6 trim, and for an apples-to-apples comparison, the four-cylinder Ford Ranger is rated to tow 7,500 pounds. At least the fuel economy with the small engine is better, except that EPA ratings say it’s isn’t – a point which Chevrolet suggests isn’t indicative of real-world results.

To sample some of those real-world results, The Fast Lane Truck took the rig up and down the Ike Gauntlet – an eight-mile stretch of mountain highway with a steep 7 percent grade and a maximum altitude of 11,158. The test is designed to exercise a truck’s ability to engine-brake going downhill, and to sample performance and fuel economy going uphill. The benchmark speed to maintain in either direction is 60 mph; basically, the fewer times you have to hit the brakes on the decent, and the less fuel the truck drinks going up, the better. 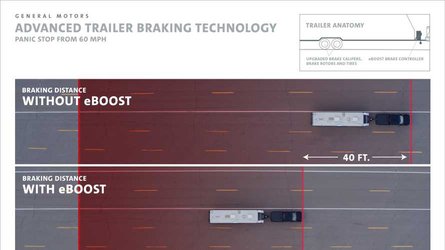 GM Just Made A Breakthrough In Trailer Towing Safety

Per the video, the four-cylinder Silverado with an eight-speed automatic did exceptional on the downhill run, requiring only eight brake applications. News wasn’t quite as good on the uphill run, with an average fuel economy of 3.7 mpg logged for the ascent. That figure slotted directly between the Ford EcoBoost V6 and 5.0-liter V8 F-150 test performed by TFLT back in January. In real-world maximum towing conditions, it seems the four-pot doesn’t hold an economy advantage after all. However, the small engine was able to maintain 60 mph for the full run, so performance capability is certainly there.

Hit the video above to see the full test and thoughts from TFLT’s towing adventure.