Toyota will release info about the 2020 Yaris lineup at the New York Auto Show.

The 2019 model year brought a name change from Yaris iA to Yaris Sedan, and Toyota is now making an announcement concerning the five-door hatchback. Long story short – the Yaris Liftback is no more as it’s been axed for the 2019MY. With Jim Lentz, Toyota North America CEO, revealing recently the Yaris faces an uncertain future in the United States, this new announcement does not come as a big surprise. 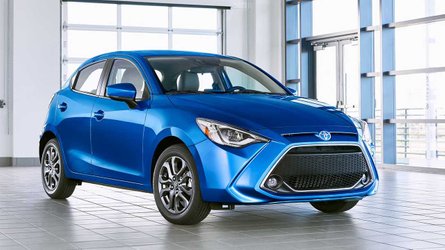 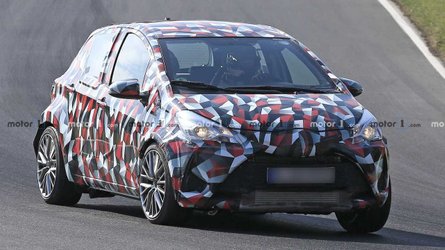 Hot Toyota Yaris Spied At The Nurburgring Might Be Next Gen

Demand for subcompact hatchbacks – especially in the U.S. – is not what it used to be now that crossovers and SUVs have taken over. For this reason, Toyota is currently evaluating its entire lineup to identify which cars have to go and which will stay. The weak demand for the Yaris in North America is evidenced by the company’s decision to not bring the supercharged Yaris GRMN hot hatch version stateside, a model limited to only 600 examples in Europe and 200 in Japan where it’s called the Vitz GRMN. It's the same story with the Yaris GR Sport, a softer variant of the GRMN, sans the 209-horsepower 1.8-liter engine.

While the Yaris Liftback won’t be available for the 2019 model year, a Toyota spokesperson told CarsDirect the company will make an announcement regarding the 2020 Yaris lineup at the New York Auto Show. The event in the Big Apple kicks off April 17 with the first press day, but whatever the form it will take, the 2020 Yaris could make its debut online a few days sooner.

It remains to be seen what the future has in tow for the Yaris in the U.S. where Toyota will soon be launching a Land Cruiser Heritage Edition, an all-wheel-drive Prius, and obviously, the long-awaited new Supra. Between now and 2022, Toyota will introduce 19 new or updated vehicles in the U.S. in a bid to maintain the sales momentum.