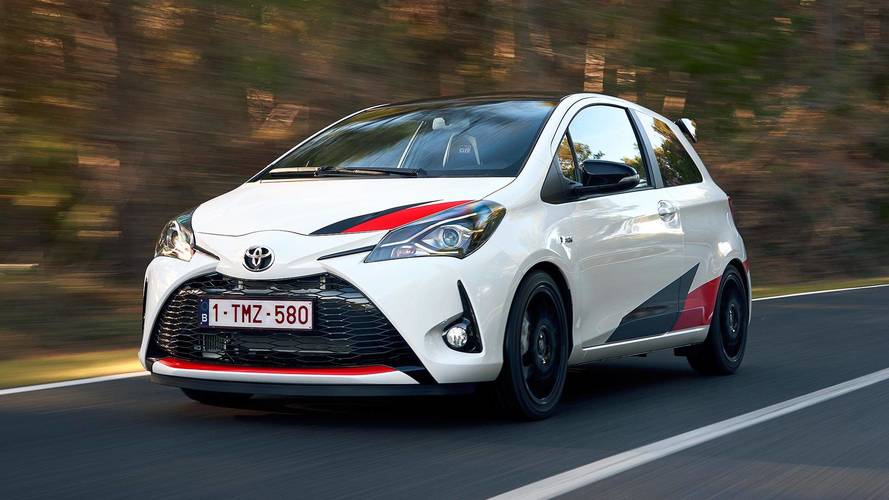 Stuffing 209 horsepower in a Yaris has been long overdue.

Editor’s Note: No, we won’t be getting the Toyota Yaris GRMN in the United States anytime soon. But a car this hot deserves attention on a global scale, and we know you readers enjoy a tasty bit of Forbidden Fruit as much as we do. Enjoy this First Drive from the Motor1.com UK team, and try not to get drool all over your keyboard.

Gazoo. What a great word, and one that we’ve had reason to think about thanks to this raucous little hatchback.

Meet the Toyota Yaris GRMN, so titled because it’s created in partnership with Toyota’s motorsport arm – Gazoo Racing – and was tuned by the “Meister of the Nurburgring.” Hence GRMN.

But while calling it the “Yaris Gazoo” was clearly just too easy, or perhaps unwise for a global application, we’ll forgive it the cumbersome title because this fizzy Yaris has the makings to be truly awesome.

The standard Yaris platform has been stiffened, lowered, and heavily tweaked, with braces to the front struts and chassis, Sachs dampers, a mechanical limited-slip differential, quickened steering, and a perky 1.8-litre supercharged motor putting out 209 horsepower and 184 pound-feet of torque to the front wheels via a six-speed manual gearbox. Notably, at 2,502 pounds, it’s about the lightest car in its class.

So this is no shallow style statement; the GRMN really does mean business, if only in very limited numbers. Six hundred will be made globally, with only 80 making it to the U.K. – and those will cost £26,000. Ouch. For all its exclusivity, that still makes it as much a rival for a Hyundai i30 N or Volkswagen Golf GTI as it is for smaller, equally potent rivals like the VW Polo GTI.

It needs to be good then, even with the rarity factor to boost its appeal. With that in mind, the interior might leave you a bit, well, whelmed. The dash is mostly an uninspiring flat gray, but it does come with all the stuff you want, including navigation (albeit featuring rather clunky, old-fashioned software and graphics) and phone connectivity, while the dials are easy to read, and the deep-but-comfortable sports seats are finished in lovely Alcantara.

It’d be nice if those seats dropped lower and the steering wheel – an excellent, slim, leather affair taken from the recently updated 86 – had more reach adjustment. But hey, most drivers will be able to get comfortable quite easily.

It looks the part on the outside, mind. The GRMN is only available in this striking white with black and red decals, complete with that aggressive, gaping honeycomb grille. It’s all very reminiscent of the full-on Yaris WRC car that is the direct inspiration for the GRMN. Love it or loathe it, you're not going to miss it going down the street.

More importantly, how does it drive? Truthfully, no Yaris has the right to be this fun. It’s not a car you associate with a pointy, incisive turn-in or comical, Darth Vader-style induction noise and heady, rev-happy, goading performance. But Toyota Gazoo Racing has done it with the Yaris GRMN.

We started out on track in a GRMN that was fitted with semi-slick tires, and it's properly exciting. You can really lean on it through corners, and even enjoy a bit of approachable lift-off oversteer if you want to, while the diff lets you get on the power early as the Yaris scrabbles gamely along your chosen exit line. It’s simply great fun – fast, forgiving, and characterful. The supercharged engine is a particular highlight, revving heartily and with great vigor right up towards 7,000 rpm, even though a meaty spread of torque from very low down means you don’t have to rev to the heavens if you don’t want to. The four-pot, white-painted brake calipers also deliver feelsome response and effective stopping power, even under the hardest possible use.

The Yaris GRMN slingshots through fast bends with the same vigor and confidence that it delivers in tight, technical hairpins, albeit with a bit more understeer than you'd get in the best front-drive hot hatches.

It's just as much of a laugh on the road, too. On the standard Bridgestone rubber that Toyota provides, the Yaris GRMN slingshots through fast bends with the same vigor and confidence that it delivers in tight, technical hairpins, albeit with a bit more understeer than you'd get in the best front-drive hot hatches. The fancy Sachs dampers and the extreme chassis stiffening have really paid off, too, making the Yaris a fluid, entertaining, bombastic little hatch on any kind of road.

Those dampers even keep the ride from being uncomfortable, too. This is certainly a firm car, but it’s composed and supple enough to make life easy on the motorway or around town, where the engine’s rorty boom might be more of a nuisance… Although probably not if you’re of a mind to buy a car that screams "look at me!", and we can’t blame or judge you for that. We like shouty cars, too. For that reason, you might also forgive it the rather buzzy motorway manners, since otherwise this will be an easy car to live with.

Our only real gripes are that the steering could be a touch more involving and doesn’t self-center as quickly as you might like, and the gearshift is longer and more rubbery than this car deserves. We kept yearning for the stubby, slick shift of a Mazda MX-5 Miata or Ford Fiesta ST. But none of that stops you from revelling in the Yaris GRMN's impressive charm and ability.

Should you buy one? Well if you haven’t already then you’re out of luck; Toyota has sold all of the available cars. And that makes us happy because this peppy, gumptious little car deserves to be a success. It’s not the milestone that the just-departed Ford Fiesta ST was – the Fiesta was even more fun than the Yaris, despite its less lofty price, and honestly a VW Golf GTI is better in most ways – and that’s why we don’t think the Yaris justifies a £26K asking price.

But, with the limited numbers and rallying links giving this lovable hot hatch a distinct ring of future classic, and with all of them sold anyway, who are we to question the money? The Toyota Yaris GRMN isn’t a rational purchase, and it’s far from flawless, but we sort of like it for that. It’s wickedly fun, distinctly different and a bit more interesting than just about anything else of its ilk. What's not to like about that? 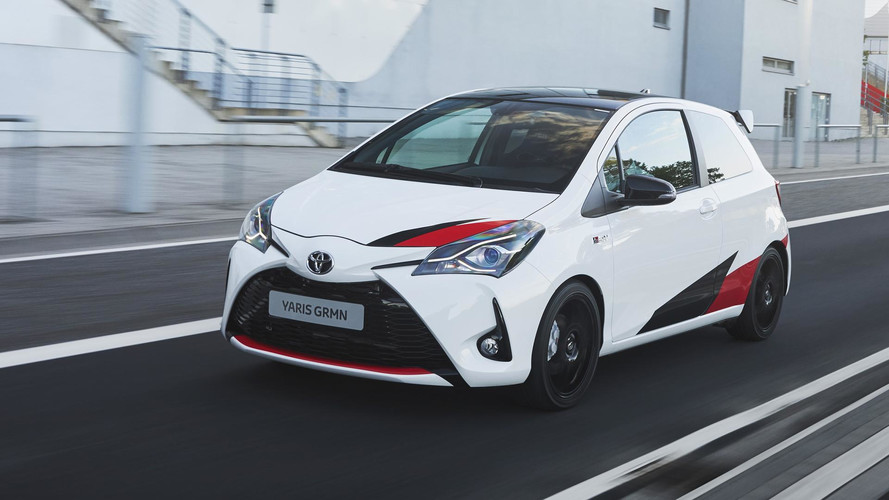