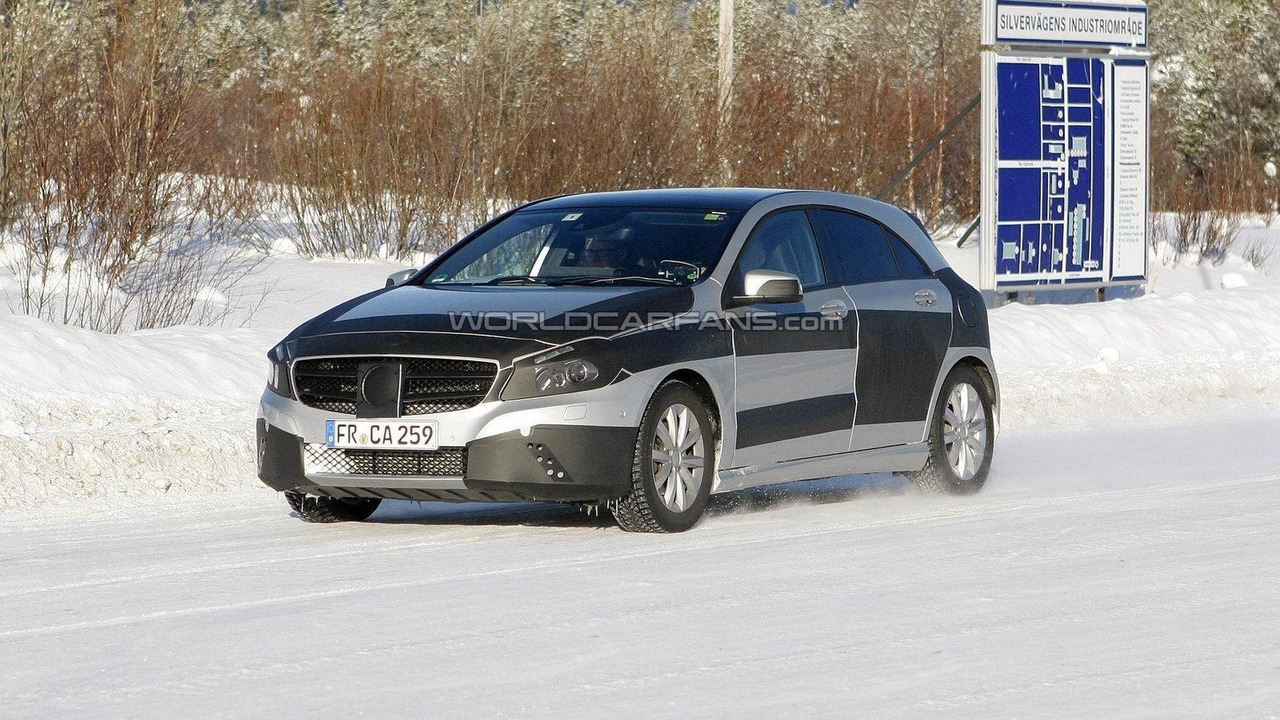 Earlier today Mercedes gave us a glimpse of the vehicle's interior, but here are the clearest spy photos yet of the 2012 Mercedes A-class.

Thanks to a Dutch cyclist, we already have a good idea of what the 2012 Mercedes A-class exterior will look like, and earlier today Mercedes also gave us a glimpse of the vehicle's interior, but here are the clearest spy photos yet as strips of camouflage have been removed.

Taken recently during cold weather testing trials in Northern Sweden, the all-new vehicle has shed its MPV format from the previous generation in favor of a three-door hatchback to challenge the BMW 1-Series and the Audi A3.

Mercedes-Benz is currently conducting a teaser campaign for the A-Class which is set to debut at the Geneva Motor Show on March 6.