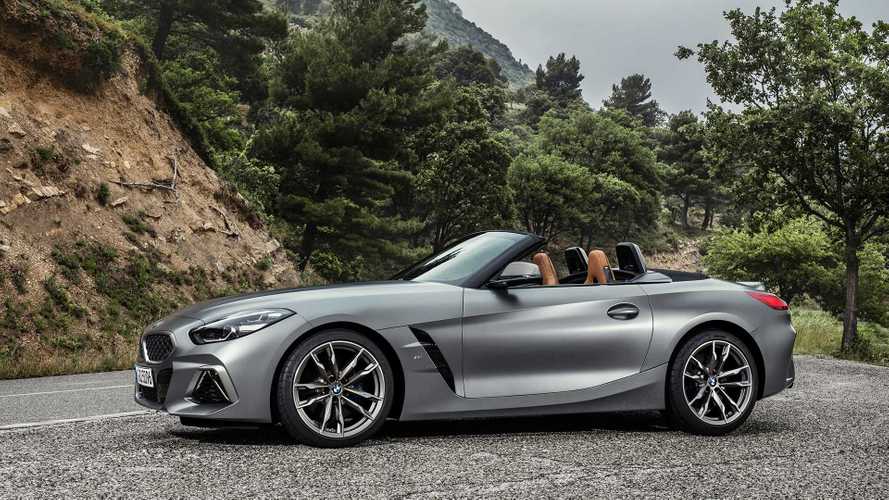 If it's legit, things don't look good for those wanting an affordable Supra.

Well, we knew it wouldn’t be inexpensive. The question we must ask now is whether $64,695 is too much for drop-top, two-seater enthusiast to spend on the new BMW Z4. Official pricing in the U.S. hasn’t been announced yet, but some screenshots posted over at the SupraMkV.com forum showing the cost look to be the real deal. With destination added in, the photos allege a starting price for the Z4 M40i of $65,690.

That’s quite a jump from the previous model, but the price also includes the new turbo I6 making 382 (285 kilowatts) horsepower, right out of the gate. The prior Z4 didn’t start out with such motivation, and the M40i also gets adaptive suspension with a host of stability and driver assists, and an eight-speed automatic. So it’s not exactly the bargain-basement Z4 – that is, provided these photos posted by SupraMkV forum member Bryster are legit.

Obvious comparisons to the Porsche 718 Boxster are already flying, and price wise it actually slots neatly between the starter Boxster and the S model. For a refresher, the current Boxster offers up 300 hp (224 kW) and jumps to 350 hp (261 kW) in the S model, which tops $71,000. So yes, if the screenshots are in fact leaked BMW info the new Z4 gets a significant price bump, but it’s still competitively priced in the marketplace.

Perhaps more importantly, what could this mean for the new Toyota Supra? It has the same bones and powertrain as the BMW, and though we never expected it to be cheap, seeing the Z4 this far up the ladder has us concerned for Supra pricing. We don’t expect it to compete with BMW, but it’s conceivable to say the Supra could inch frightfully close to the $60,000 mark, especially if rumors we heard on Supra pricing back in June are true. That could be a tough sell even to loyal Toyota buyers. Of course, there’s the likelihood of a lower-priced four-cylinder model as well.

Still, after waiting over a decade for a new six-pot Supra, it would be a hard pill to swallow if Toyota unveils its long-awaited sports car then prices it out of reach to the people who've been yearning for it.