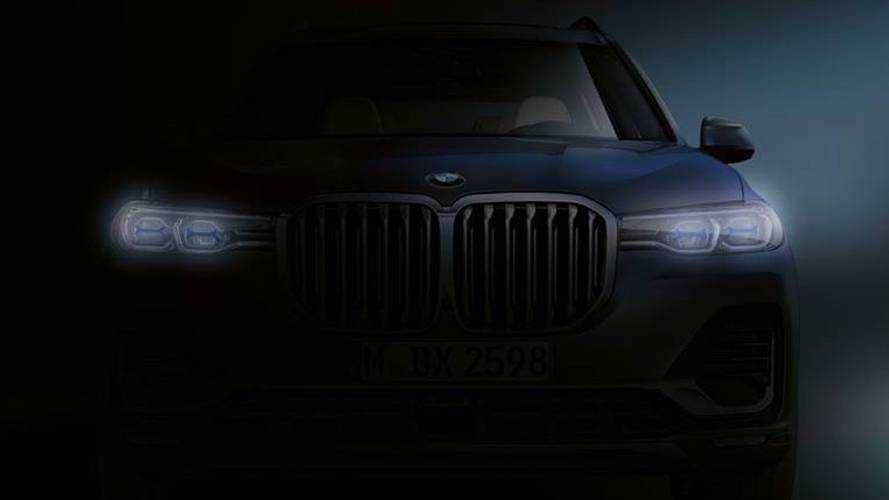 This kidney grille can breathe fire.

BMW is kicking off the teaser campaign for the first-ever X7 with a small blurry photo that doesn’t really provide a lot of information about the car, aside from confirming once again it will feature an imposing kidney grille bigger than ever before. Fortunately, it’s already been confirmed that an official debut is scheduled for the middle of this month, so it shouldn’t take long until we see the X7 in its full glory.

In fact, the cat is pretty much out of the bag in terms of design. Patent images revealed the luxury SUV last month, giving us a pretty good idea of its final production design. Of course, a couple of spy photo sessions also helped a lot.

Less than a month ago, we had the chance to see the interior of the X7 completely undisguised. The dashboard features the latest digital instrument cluster part of the Operating System 7.0, also seen in the revived 8 Series. In fact, the overall design of the dash will be pretty similar to what we’ve seen in the new coupe, but that's hardly a surprise. Passengers at the back will have their own control console with climate settings, a power outlet, a pair of USB ports, and two cup holders.

Previewed by the Concept X7 iPerformance, the production X7 will ride on BMW’s CLAR architecture and will use a range of familiar turbocharged engines. A 4.4-liter twin-turbo V8 and a 3.0-liter inline-six diesel should play a major role on every market where the opulent SUV will be available.

Speaking of availability, BMW’s range-topping X model will be produced at the company’s factory in Spartanburg, South Carolina, and will be exported to Europe and China. Sales should begin early next year and there are already rumors for a potent X7 M version.