Flipping the three-row formula on its head.

About 500 miles separate BMW North America’s manufacturing facility in Spartanburg, South Carolina from historic downtown Savannah, Georgia. Besides a small collection of twisty backroads, the long, traffic-covered highways between these two cities are a full-out assault on fun. If there were ever a stretch of road more apt for autonomy, this would be it. 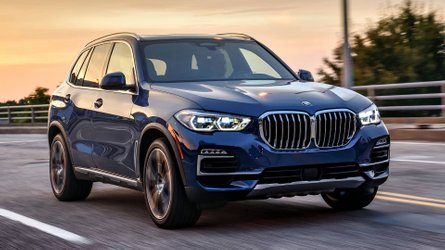 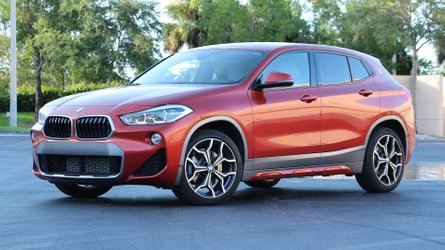 But the new BMW X7 three-row SUV mitigates the mundane in more ways than one. It makes driving on these roads tolerable – hell, borderline enjoyable – in some instances. Though its top-end positioning suggests it’s exclusively a posh SUV for the whole family (and for the most part, it is), what’s most surprising is how fun it feels from the driver’s seat – a rarity amongst three-row luxo barges.

Toss the X7 into a corner, and the results are unexpected. Rather than roll uncouthly as its 5,600-pound curb weight reaches for the pavement, the X7 tackles the tight stuff with surprising poise. When equipped with the $4,750 M Dynamic Handling package, which adds bigger M Sport brakes, an M Sport differential, and active steering that acts almost telepathically as it predicts corners, the X7 is a genuinely fun vehicle to toss around.

The BMW X7 has two engines in the U.S.: a turbocharged 3.0-liter inline six-cylinder with 335 horsepower, and a brand-new twin-turbo 4.4-liter V8 that produces 456 hp. The base 3.0-liter inline-six isn’t remarkable in this application. It struggles in some instances to move the 5,600-pound X7 along fluidly. But at a $20,000 discount compared to the optional V8, this can be forgiven. If you can spend the scratch, the twin-turbo V8 more than makes up for the straight six’s woes.

Other manufacturers might envy this V8. It’s as dialed-in for stop-and-go traffic as it is straight-line sprints. Paired with a quick-shifting eight-speed automatic, the 456-hp engine lacks even an inkling of lag – it always has power when you need it, and moves the massive X7 around effortlessly. It’s one of the best V8s around, bar none.

The 4.4-liter twin-turbo is one of the best V8s around, bar none.

The Internet has already bashed the BMW X7’s imposing grille, and for good reason. The dual kidneys are entirely too big, making the X7 hard to look at head-on, especially the overly chromed "Luxury" design that serves as the xDrive40i’s base (the optional M Sport design cuts down on the chrome, but only slightly). But pictures don’t do this vehicle justice; it’s more appealing in person.

With the optional M Sport exterior elements, which include black accents instead of chrome, and a sportier looking set of wheels, the X7 is almost attractive. Almost. From the back, it’s boxy, but comparatively nicer to look at. The X5-inspired taillights with embedded chrome trim make all the difference to the otherwise brutish design.

Want the nicest interior? You’ll have to take out a second mortgage. BMW, in typical fashion, nickels and dimes you for its most desirable features. The base X7 xDrive40i comes standard with SensaTec faux leather seats – a $73,000 vehicle with fake leather. Vernasca leather is a $1,450 option. The pricier xDrive50i model at least offers standard leather seats, but asks $1,000 for the nicer two-tone Merino leather, and $3,700 for that leather on just about every surface, including the dash. Yikes.

Captain’s chairs in the second row are $600. Front and rear heated seats, heated armrests, and five-zone automatic climate control are another $1,200. If the kiddos want rear entertainment, that’s an additional $2,200 for two 10.3-inch touchscreens. At that point, just get two iPads. Loaded up, the X7 exceeds $123,000, but we’d be lying if we said many of these options aren’t worth it.

If the kiddos want rear entertainment, that’s an additional $2,200 for two 10.3-inch touchscreens. At that point, just get two iPads.

Full Merino leather, as pricey as it is, is worth every penny. The quilted stitching and soft leather on the seats are as good as the price tag implies. The rear captain’s chairs, finished in the same leather, are also supremely comfortable and make access to the third row a breeze. At just 600 bones for said captain’s chairs, you won’t be disappointed with the decision to splurge, either. And if you’re feeling extremely posh, the X7’s glass gear shift lever and central dial ($650) feel like features ripped from a Rolls-Royce.

The X7’s lack of space, though, disappoints. A worst-in-class 11.5 cubic feet behind the third row means you can’t fit two carry-on suitcases and a backpack in back without stacking them. At least there’s a split tailgate to alleviate fears of luggage completely spilling out. And with the third row folded flat, the already limited 37.6-inches of second-row legroom (also towards the bottom rung in its class) is eaten up even more. That lack of trunk space, thankfully, leads to an adult-sized 33.3 inches of legroom, making it not an entirely terrible place to sit.

BMW’s standard infotainment system on the X7 includes two tablet-style 12.3-inch screens, one that juts up atop the dash, and another that acts as a gauge cluster behind the steering wheel. Combined with an updated rotary controller, the X7 is one of the first BMWs to flaunt the seventh-generation version of iDrive (the 3 Series has it, too), arguably the brand’s best iteration to date. The graphics are cleaner, the menu layout is easier to navigate, and the central touchscreen rivals modern smartphones in speed, responsiveness, and ease of use.

Wireless Apple CarPlay – which puts cable-necessitating CarPlay to shame – and 4G LTE Wi-Fi connectivity both come standard. Gesture Control is standard too, but swirling finger and scissor motions at a screen, while fun, feels silly in practice, especially when it works only a fraction of the time.

The X7 is one of the first BMWs to flaunt the seventh-generation version of iDrive, arguably the brand’s best iteration to date.

BMW takes a page out of the Mercedes-Benz handbook with its "Hello, BMW" voice command system. The phrase "Hello, BMW" boots up the X7’s personal assistant at a moment’s notice. Normal instructions like, "route us to Charleston Harbor Fish House," or "change the passenger temp" are excellently executed by the system (which shows there may have been some improvements since our unpleasant introduction to the virtual assistant in the 3 Series)

But like the Mercedes system, the X7’s virtual assistant is overly eager to meet your commands. Forgo "hey" or "hello" in front of "BMW," and the system perks up even at the mention of the Bavarian brand. Thankfully, it’s easy to shut off and/or reconfigure. Dig into the settings screen and set up custom phrases that activate the system.

Unlike other overpriced options, safety systems on the X7 are mostly standard fare. Blind spot monitoring, lane departure warning, rear collision warning, and forward collision warning with pedestrian detection are no cost extras on both the xDrive40i model and the xDrive50i. But, again, we suggest shelling out $1,700 on the 40i model (it’s standard on the 50i) for the active safety suite with radar cruise control. You’ll be glad you did.

On the straight, traffic-susceptible highways of South Carolina (or anywhere, really), the X7’s advanced safety suite is one of its most appealing features. The system centers the car sans ping-ponging, keeps pace with the vehicle in front of it (no harsh braking, not even in stop and go), and changes lanes autonomously with just a flick of the turn signal.

Looking for something appreciably larger and significantly more capable than the X5? This isn’t it.

Looking for something appreciably larger and significantly more capable than the X5? This isn’t it. The BMW X7 puts the mantra "ultimate driving machine" above all else. Even with expensive leather, advanced safety, and a third row, the X7’s performance is what stands out – not its family-hauling abilities. The new twin-turbo V8 is a gem, and the optional M Sport suspension transforms this luxury three-row into the corner-craving performance car of a class that has no real need for such attributes. Its familial focus falls short where its competitors succeed. In the end, the X7 is just more fun from the driver’s seat.