911 Restored By Singer-Williams At Pebble Beach Is Porsche Perfection 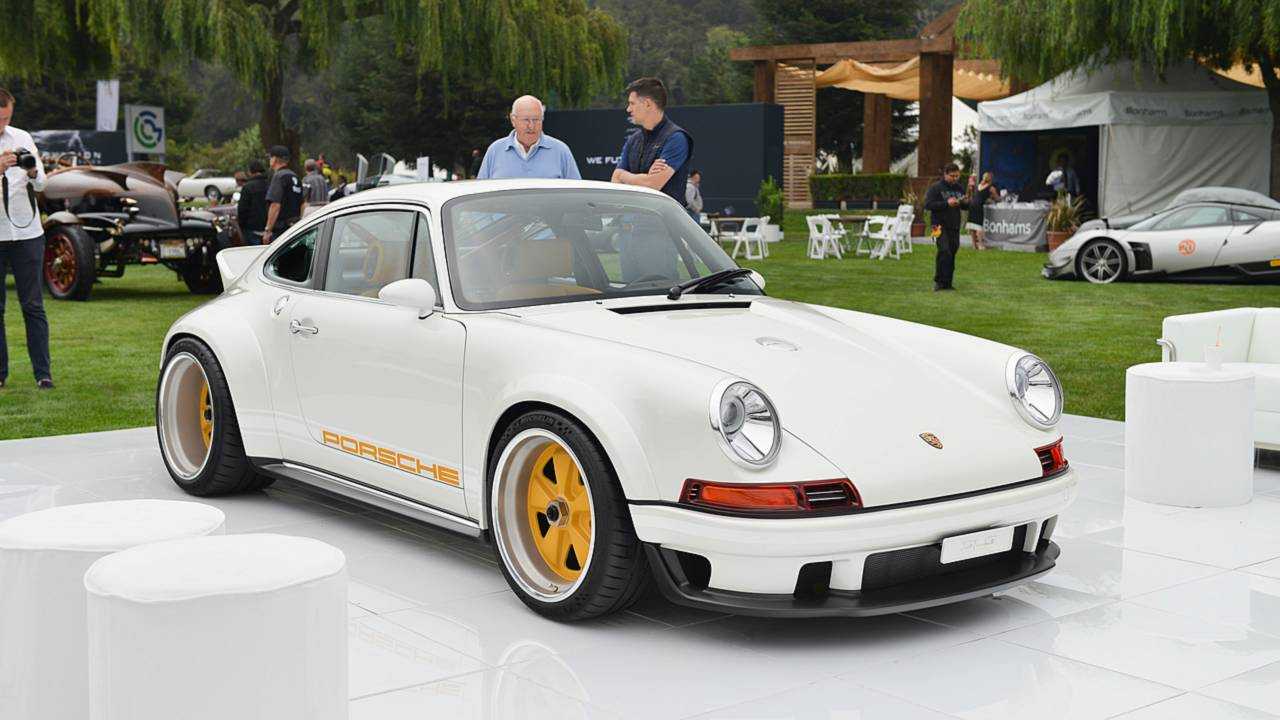 The classic 964 shape doesn't get any better than this.

We challenge anyone to find a better retro-themed Porsche 911 than the glorious machines we routinely see from Singer. Okay, the new Porsche Classic Project Gold is an epic air-cooled dynamo, but when we heard of the collaboration between Singer and Williams for a 911 build, we were pretty excited. When we finally saw it at this year’s Goodwood Festival of Speed we were beyond excited. And now that we’ve finally had an up-close look at the Singer-Williams 911 DLS at Pebble Beach, we can die happy.

Three Singer 911s Set For Goodwood, Including One New Model
⠀

The links above can fill in all the details in case you missed this beautiful 964-series 911 at Goodwood, but here’s an overview. Singer and Williams Advanced Engineering teamed up back in November to build a much-loved 964-based car with some classic design cues and serious performance. To that end, the car packs a 4.0-liter flat-six that remains air cooled and belts out a full 500 horsepower (373 kilowatts) without any turbochargers. The naturally-aspirated mill spins to a glorious 9,000 RPM in what could be one of the best sounding Porsches of all time.

Prolific power is only part of the equation from this Singer-Williams project. The enemy of performance is weight, and with a healthy infusion of carbon fiber and other trick measures (like a cool exposed shifter for the six-speed gearbox) this 911 tips the scale at a svelte 990 kilograms (2,182 pounds). Considerable attention was also given to the 964’s suspension and aerodynamics, which were reworked to quell some of the 964’s demons such as front axle lift.

Inside and out, it’s hard to imagine a classic air-cooled 911 looking – or driving – any better than this. With Porsche’s 70th anniversary in full swing, we wouldn’t be surprised to see a few other contenders before the year is out. In the meantime, join us in swooning over this masterpiece in the live Pebble Beach gallery below.