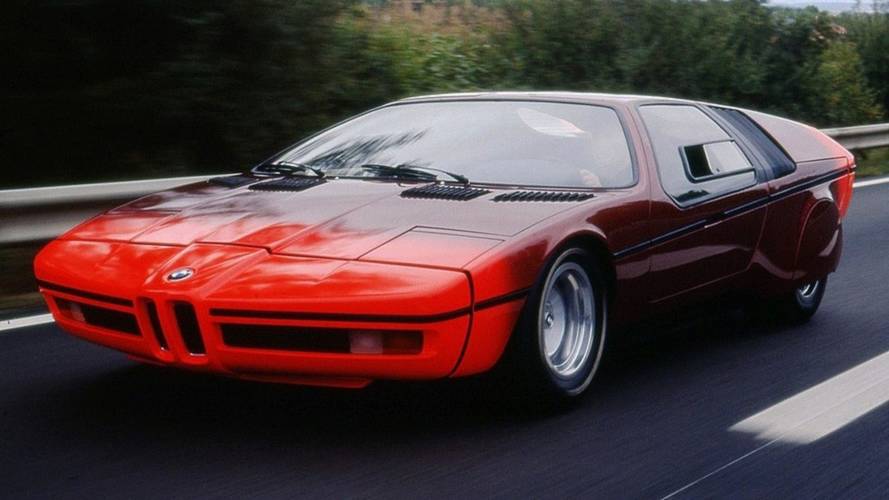 Not only will it go down in history as BMW’s first concept, but the Turbo previewed the M1’s design and it also incorporated a series of groundbreaking technologies.

BMW had to go through a rather rough patch in the 1960s when it encountered a lot of financial problems, but the company was determined to get back into shape at the beginning of the 1970s. To tell the whole world it’s doing just fine, the Bavarians came up with the idea of developing a radically styled concept car based on the 2002, but with a turbocharged engine. It led the athletes’ parade at the 1972 Olympic Games in the company’s home city of Munich.

As a matter of fact, this was actually BMW’s first turbocharged road car, with the 2002 Turbo launched in 1973 serving as the first production BMW to offer a turbo engine. While in the mid-engined concept it offered 200 hp, the four-cylinder mill was detuned to 170 hp in the 2002 Turbo.

The wedge-shaped coupe was styled by BMW’s design director Paul Bracq and it was actually his idea to turn the 2002 into an extravagant design exercise. After receiving the proverbial stamp of approval from the execs, Bracq envisioned the Turbo with pop-up headlights, spectacular gullwing doors, and partially covered rear wheels. Overall, the exterior styling evokes the legendary M1 right down to the orange paint, which in the concept faded to red for a greater visual impact. The concept served as inspiration for additional production models, such as the Z1 and the first-generation 8 Series.

See other BMWs from the series:

While most production cars of those days had bumpers that were basically extensions of the body, BMW neatly integrated them in the Turbos’ bodywork. Incorporating the bumpers within the shape of the car and using foam-filled bumper shields greatly improved safety, while side impact beams were added to absorb energy in case of a crash. There was even an integrated roll cage for extra protection, plus anti-lock braking and safety crumple zones.

Perhaps the most interesting feature of the BMW Turbo concept was its radar-based brake distance warning system, which one could describe as an ancestor of today’s active cruise control. How did it work? A display mounted inside the driver-oriented cockpit showed the distance to the vehicle in front and based on the car’s speed and if that gap fell below a pre-established level, the driver was alerted via audible warnings.

Only two cars were ever made, with the original being a running vehicle while the other served as a static car to put on display at various events. The latter was virtually the same, with the exception of the paint fading from orange to brown and different rear wheel spats.

Can't get enough of BMW concepts?: