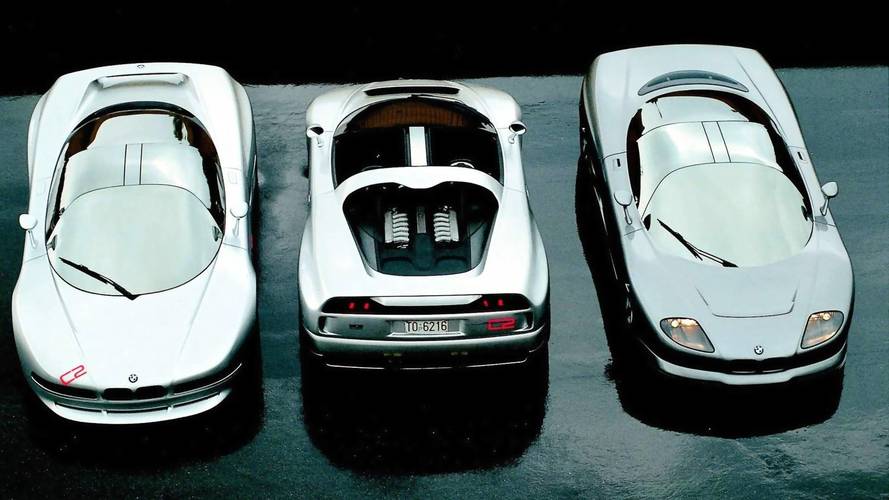 The Bugatti turned into a BMW made famous by the Need for Speed games.

As a kid growing up with the Need for Speed games, the Nazca was one of the coolest cars available.

This week’s Concept We Forgot episode is a three-in-one deal as it focuses on the Nazca trio that kicked off with the M12 unveiled in 1991. When BMW and Italdesign get together, you can be sure great things will happen and this is a prime example of the tie-up. The origins of the V12-powered machine can be tracked back to 1990 when the famous Italian design house took the wraps off the Bugatti ID 90, a rather semi-obscure concept.

Giorgetto Giugiaro and his son Fabrizio then decided to effectively turn the Bugatti into a BMW. Thus, the Nazca M12 was born and was actually the first car signed by Fabrizio. The talented duo took inspiration from Formula 1 and Group C cars and came up with a low-slung curvaceous body made from carbon fiber. The frame was also from carbon fiber, quite impressive for the early 1990s. Corroborated with a multitude of other lightweight components, the weight of the concept was kept down to only about 1,100 kilograms (2,425 pounds).

BMW put the Nazca M12 in its wind tunnel to test its aerodynamic efficiency and obtained an impressive drag coefficient of only 0.26. The concept’s hood and trunk lid were actually a single piece, while the doors came with windows that featured a spectacular gullwing opening mechanism. At the back, the engine cover for the twelve-cylinder powerhouse pivoted backwards to reveal the mid-mounted unit taken from the 850i.

See other BMW concepts from the series:

A year later, BMW and Italdesign joined forces once again to work on an evolution of the M12, dubbed C2. Alpina was involved in the project to tweak the engine and extract an additional 50 horsepower for a grand total of 350 hp. In addition, the engineers also managed to shave off a further 100 kg (220 lbs), lowering the concept’s weight to about 1,000 kg (2,204 lbs).

The design of the C2 echoed the M12 before it, though the body was slightly reshaped to look a little bit more aggressive at the front. The lowered front spoiler and the three rear spoilers reflected the concept’s more track-oriented status. It carried over the interior cabin, but with Group C-derived carbon fiber seats as part of the diet.

In 1993, the C2 Coupe received a Spider counterpart for the 61st F1 Monaco GP. Several cars were used during that weekend to promote the concept – an unusual way to introduce a new vehicle. The conversion from a coupe to a spider involved getting rid of the side and rear windows and adding a roll bar at the back painted in the same color as the rest of the body.

The removable windows were stored in the luggage compartment when not in use, while the engine cover was modified to highlight the changes underneath it. The 5.0-liter used in the M12 and the Alpina-optimized C2 Coupe was removed to make way for a bigger 5.6-liter taken from the 850 CSi, complete with 380 hp. Because of the newly gained power, the engineers also installed a beefier six-speed gearbox able to cope with the added muscle. As a side note, the M12 and the C2 Coupe both used a five-speed transmission.