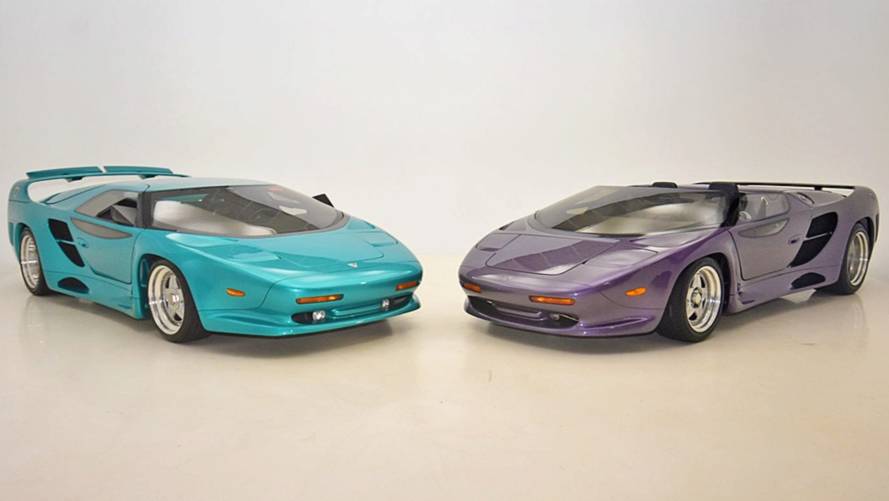 $3.5 million will get you two prototypes and stock in The New Vector Motors Corporation.

The Vector brand made a name for itself with the launch of the W2 supercar concept in 1978. It had a claimed top speed of 230 miles per hour (370 kilometers per hour) and a dramatic shape. Ten years later, the W8 debuted. Just 17 made their way to the public, and one even had a starring role in the 1993 film Rising Sun.

But the same year Vector was making a name for itself on the silver screen, the WX3 prototype debuted at the Geneva Motor Show. Unfortunately, that vehicle never saw the production line. But now – in an effort to fund a brand-new supercar from the Vector brand – two of them are up for sale, a coupe and a convertible.

The two cars are listed on Dupont Registry. Brand new, each came with a price tag of $850,000, but now they cost $3.5 million as a pair. Both cars come powered by the same twin-turbo V8 allegedly producing 1,000 horsepower (745 kilowatts), and were the first cars to have twin-turbocharged engines and sequential shifting transmissions.

Originally they were both painted silver, but now they feature unique paint jobs to match founder Gerald Wiegert's Aquajet jet-ski company. The coupe comes in a 90s-esque teal-blue Aquamarine finish, while the roadster wears a deep purple Amethyst hue.

The sale of the two cars will go towards production of a brand-new WX8 hypercar from the Vector brand. The company will sign a 12- or 24-month buyback provision on both vehicles and will offer stock in The New Vector Motors Corporation to the buyer. The new WX8 has a claimed output of up to 2,000 hp (1,491 kW) and a top speed of 275 mph (442 kmh) on the road.