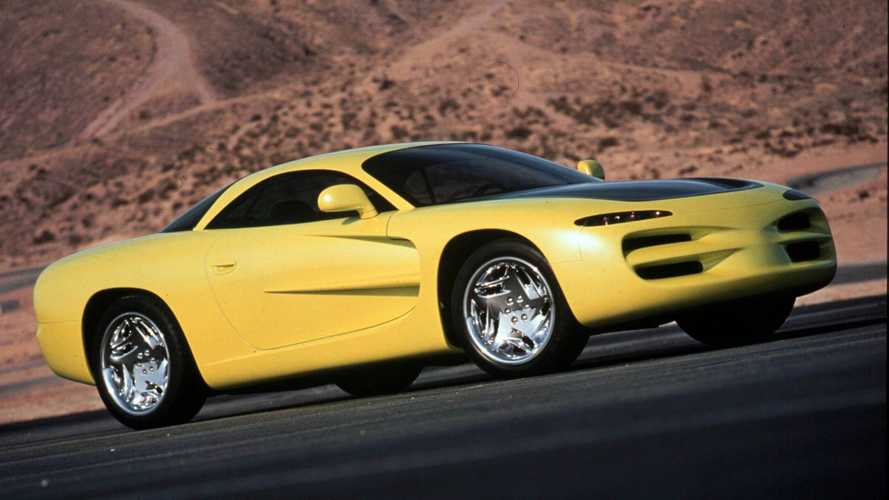 The Neon's cooler brother had a V6 engine sending power to the rear wheels.

Aside from having a rather cool name, the Dodge Venom showed how a bland production car such as the Neon could’ve been turned into something truly exciting.

Painted in Venom Yellow Green Pearl, the one-off Dodge started out in life as a mundane Chrysler/Dodge/Plymouth Neon before going through a multitude of changes turning it into a sports coupe. The Viper-esque styling cues suited the exotically styled performance car perfectly without giving the impression it was more of the same.

Discover other Dodge concepts from the series:

Even though it was loosely based on the Neon, the Dodge Venom concept ditched the front-wheel-drive layout for a tail-happy RWD setup and borrowed the Intrepid’s 3.5-liter V6 engine. It put out a decent amount of power, estimated at 245 hp and 221 lb-ft (300 Nm), which was significantly more than the 150-hp output generated by the 2.0-liter DOHC engine available in the Neon back then. It was enough to enable the two-seater to reach 60 mph (96 kph) in a respectable 5.2 seconds.

Like the Intrepid, the Venom was configured with Dodge’s cab-forward layout by moving the wheels towards the corners of the body. That meant stretching the Neon’s wheelbase and extending its tracks to improve handling when going through the corners. It was engineered with a double wishbone front and rear suspension and had four-wheel discs with ABS to stop with ease.

Dodge has been coming out with some cool names for its production model in recent times, so maybe it’s time to dust off “Venom” for another amped-up muscle car. However, Hennessey might have a problem with that.

Get your Dodge concept fix: