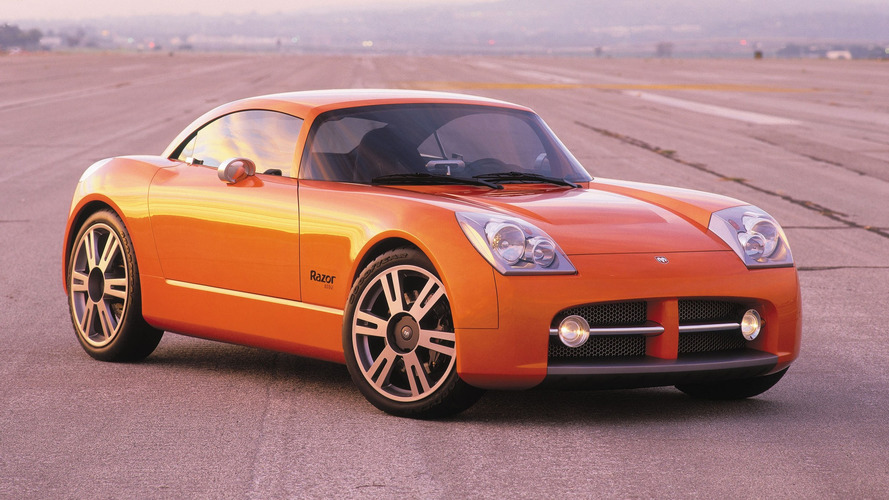 Because it would have been a fun little sports car without breaking the bank.

Developed during the ill-fated DaimlerChrysler era, the Razor concept was a joint effort between Dodge and scooter manufacturer Razor to create a small two-seater that would have given Dodge’s lineup a much-needed boost. Sadly, the rear-wheel-drive coupe painted in “Orange Slice” never evolved past its concept status, even though it was engineered right from the start with production in mind. It even had an estimated starting price of $14,500 and was aimed at “young driving enthusiasts,” according to the press release published some 15 years ago.

In order to keep the asking price down, Dodge used many off-the-shelf bits and pieces from the group, so a road-going version wouldn’t have imposed big R&D costs. At its heart was a turbocharged 2.4-liter, four-cylinder engine delivering a respectable 250 horsepower (187 kilowatts) and 230 pound-feet (312 Newton-meters) of torque channeled to the rear axle through a six-speed manual transmission developed by Mercedes.

Not only did it pack a decent amount of power, but it was also very light. The preliminary specs released at that time showed the Razor with an estimated weight of just 2,500 pounds (1,134 kilograms). The high power + low weight combo enabled the concept to perform the 0-60 mph (0-96 kph) sprint in a swift six seconds and top out at 140 mph (225 kph).

As far as the design is concerned, it is obvious Dodge and Razor had the younger crowd in mind when drawing the concept. They took inspiration from European sports cars of the 1960s and decided to go with a modern minimalist approach not just with the exterior, but also with the cabin where there were very few amenities available. Indeed, the concept was not equipped with power windows and mirrors, nor did it have a radio or electrically adjustable power seats. Needless to say, the lack of features allowed Dodge to keep the weight low.

Was it a mistake the concept never made it to the assembly line? Probably.