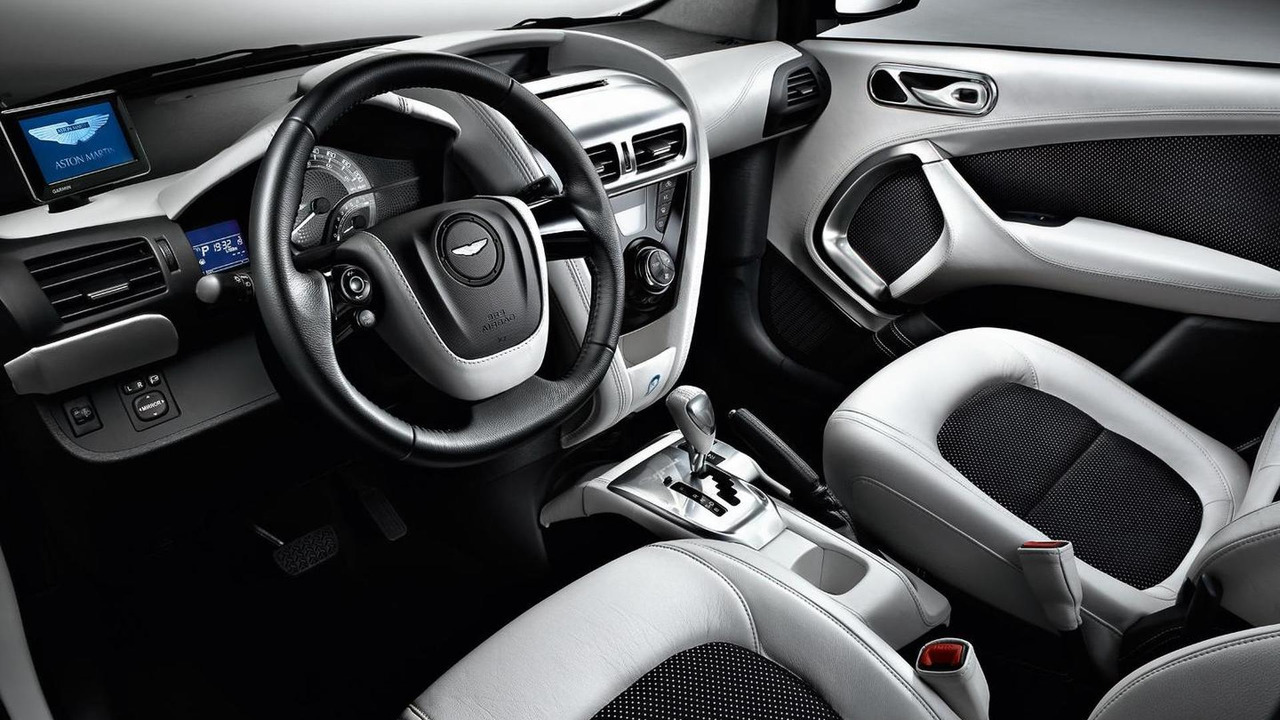 So what does all this money get you? A British-built iQ with Aston Martin styling and premium leather upholstery. While that's selling the car a bit short - it also comes with passive entry, heated front seats, and GPS navigation - the Cygnet seemingly defies all logical explanation.

Undaunted by this, Aston Martin has also announced plans to offer two special editions dubbed the White and Black. Full details can be found in the press release, but they feature unique styling, upgraded interiors, and a bespoke five-piece luggage set from Bill Amberg.

Engine specifications haven't been announced, but power is expected to be provided by a Toyota-sourced 1.33-liter Dual VVT-i engine with 97 hp (72 kW / 98 PS) and 123 Nm (91 lb-ft) of torque. It can be mated to a manual transmission (likely a five-speed) or an optional CVT.

The Cygnet will be restricted to Europe, but the company is "actively working on expanding market availability" for 2012.