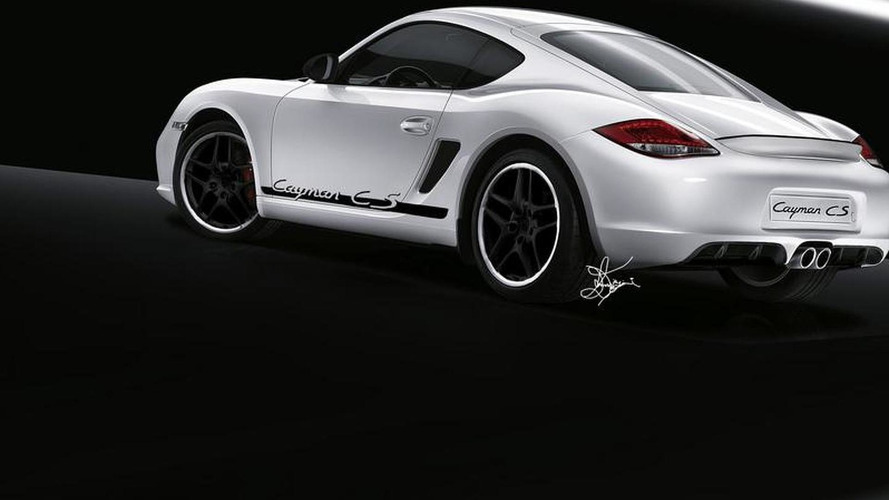 Porsche has announced plans to introduce a new model at the Los Angeles Auto Show. Nothing is official, but the car could be the rumored Cayman Club Sport.

Porsche has announced plans to introduce a new model at the Los Angeles Auto Show.

Details are limited, but the company referred to the model as a mid-engine sports car which means we can expect something in Boxster or Cayman guise. Considering Porsche recently launched the Boxster Spyder, the new model could be the rumored Cayman Club Sport.

As we have previously reported, the Cayman Club Sport will likely be a lightweight model in the same vein as the Boxster Spyder. If this is the case, we can expect modified fascias, aluminum doors, a fixed rear spoiler, and a 3.4-liter six-cylinder engine with 330 hp (246 kW / 335 PS) - a 10 hp (7 kW / 10 PS) increase from the Cayman S.

The mystery car will be unveiled on November 17th, so stay tuned.