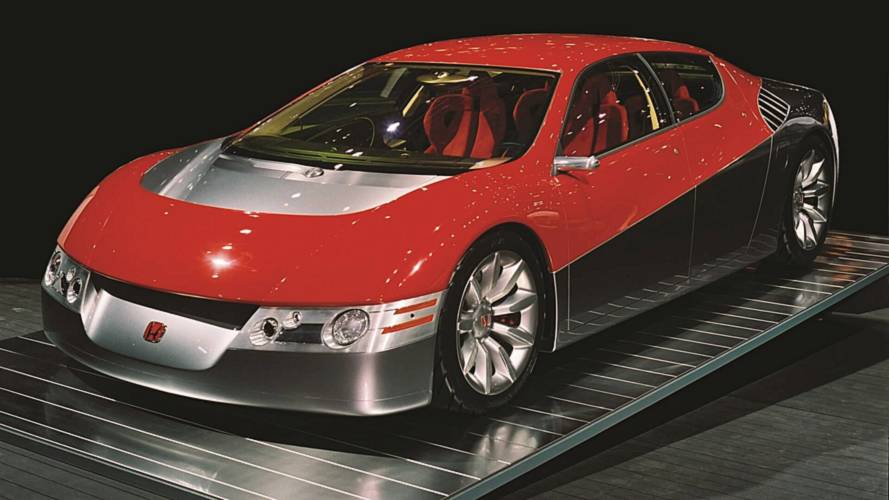 Although the design may say otherwise, the concept kind of previewed the intricate powertrain of the second-generation NSX.

Following the launch of the original Insight in 1999 and shortly after revealing the first hybrid Civic, Honda decided to put its electric powertrain expertise to good use on a performance car. It received the Dualnote moniker for the Tokyo Motor Show several months before travelling to New York where it got the Acura badge and a different name.

In hindsight, one could say the odd-looking concept provided an early look at the complex powertrain found inside today’s NSX. Both cars have a 3.5-liter V6 engine – naturally aspirated in the concept and with a pair of turbochargers in the current supercar. Three electric motors work together with the combustion engine in both cars, which come with an all-wheel-drive arrangement.

The similarities don’t end here as just like in the NSX, two of the electric motors drove the front wheels while the third one worked with the V6 to power the rear axle and enable an AWD setup.

Check out another forgotten Honda concept:

But the Dualnote proposed a more practical cabin layout with rear doors and rear seats unlike the more focused two-seater NSX. Speaking of the interior, it still looks futuristic even by today’s standards and dare we say it’s more exciting than the NSX’s cabin. Side cameras instead of conventional mirrors were a big deal back then, as was the touch-sensitive door opening mechanism.

The Dualnote also had voice control as well as an infrared camera able to scan the road up ahead and then display the footage on a screen positioned in the driver’s field of view to lower distractions.

You’d expect a fairly large mid-engined sedan to be a gas-guzzler, but that wasn’t the case as the Dualnote returned an impressive 42 miles per gallon. For the sake of comparison, the 2018 NSX averages only half of that, with EPA saying it does 21 mpg in the combined cycle.

The concept never made it as a production model, but the advancements made in terms of the hybrid powertrain did serve as a stepping-stone in the development of what was to become the second-generation NSX launched in 2016.