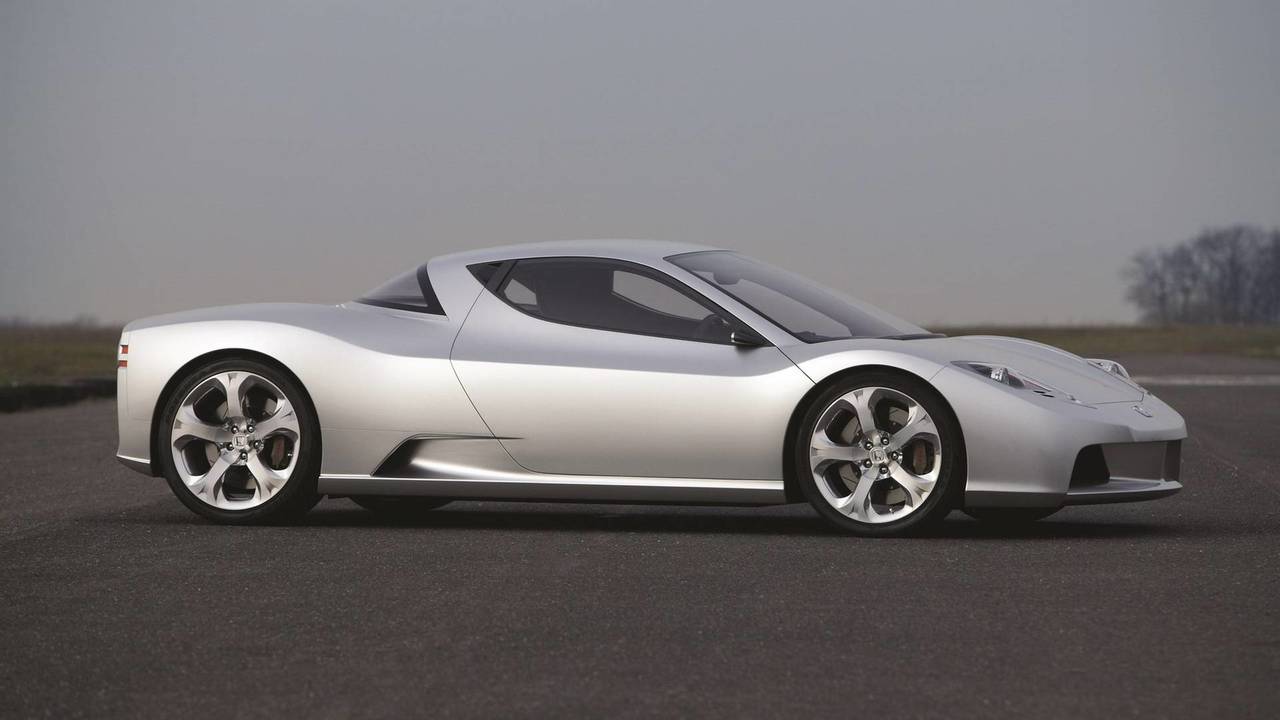 No turbocharging, no hybrid boost, just the raw power of a naturally aspirated V6 housed in a low-slung sleek body.

Some saw it as a potential replacement for the Senna-approved original NSX and it is too bad we had to wait until 2016 to see a second generation of the sports car as this would’ve been a worthy replacement.

Our last Concept We Forgot article of the year (next week is going to be a roundup) cranks up the time machine and dials it to the year 2003 when Honda played with our emotions by unveiling the HSC. Named after “High-Performance Sports Car” or “Honda Sports Concept,” the mid-engined coupe was originally shown at the Tokyo Motor Show as a Honda before getting the Acura badge early 2004 for the North American International Auto Show in Detroit.

See our previous stories from the series:

The first-gen NSX was still very much alive back in 2003, and for good reason, most people immediately thought the HSC was a taste of things to come as far as a direct successor was concerned. However, Honda went on to announce a couple of years later the concept was just that, a concept. Following the car's official debut, some folks caught a whiff off the Ferrari Enzo in the exterior design and we’re kind of agreeing with them as well.

Equipped with cameras instead of conventional mirrors and fitted with LED taillights featuring a swanky 3D pattern, the sports car was a technological tour de force. Its sleek body was made entirely out of carbon fiber wrapping an aluminum frame to keep the weight low. The dual exhaust tips mounted in the center of the rear bumper allowed the naturally aspirated 3.5-liter V6 engine to play its soundtrack by allowing the 300+ horses to sing their sweet tune.

Purists might say a manual gearbox should have been installed, but Honda promised “instant gear changes” from the F1-style gearbox with a paddle shift setup, so chances are that would’ve been a compromise many people would have made. With a sprint to 60 mph (96 kph) in 4.7 seconds and a top speed of 186 mph (300 kph), the HSC is still both properly quick and fast even by today’s standards.

It was eventually followed in January 2007 by the Acura Advanced Sports Car Concept (pictured above) and seven years later by the NSX concept, which went on to morph into a namesake production model in 2016.