Hellcat all the things.

In 2016, Ram introduced the Rebel TRX off-road concept. It was designed to gauge the public’s interest in a vehicle that looked ready to go head-to-head with the Ford F-150 Raptor. Fast-forward to this year, and there’s a new Ram 1500 available that takes several styling cues from that concept. But there’s more at work than just copying the concept’s design. 5thGenRams is reporting inside sources say both a Rebel TR and a Rebel TRX version are coming as soon as 2021, and both will pack performance.

The Rebel is part of the Ram's pickup rebellion: 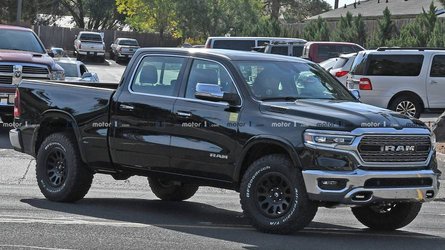 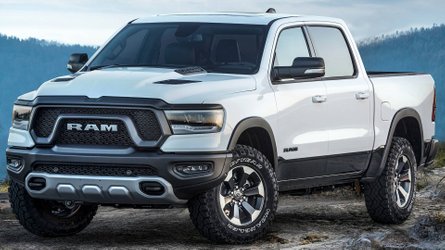 According to the site, the Rebel TR will slip a naturally-aspirated 7.0-liter V8 engine under the hood. Internally, the engine is codenamed Banshee presumably after the McDonnell F2H Banshee warplane. The engine is rumored to produce around 520 horsepower and 525 pound-feet of torque. That’s less than the TRX concept generated from its supercharged 6.2-liter V8, which was 575 hp. That engine was a detuned Hellcat mill.

But wait, there’s more. Also coming is the Ram Rebel TRX, which uses the same 6.2-liter supercharged V8 from the Dodge Charger and Challenger Hellcats. However, instead of a detuned version, the production TRX will produce the 707 hp the Hellcat engines are known for creating. It’s similar to the Jeep Grand Cherokee Trackhawk in that engineers were able to strength various driveline components so that the truck could handle the full power of the Hellcat engine.

This isn't the first time we've heard rumors of a 707-hp Ram pickup. Just after Ram introduced the new 1500 for the 2019 model year, rumors spread that a hidden Easter egg in the new truck's official press photos hinted at the 707-hp Ram. The Uconnect system's time was set to 7:07. The FCA engineers are known for hiding Easter eggs across several brands and products. The new rumors only further solidify the idea Ram is working on a Hellcat-powered pickup truck.

Other details about the upcoming Ram Rebel TR and TRX remain scarce. The TR could be tuned for more off-road fun while the TRX is designed for demolishing the track. Over 700 horsepower seems like a lot of grunt of hitting the dunes or off-road trails. Hopefully, we learn more sooner rather than later. Apparently, FCA has no problem cranking out 707 horsepower from all its products. Now, all we need is a Chrysler Pacifica Hellcat.