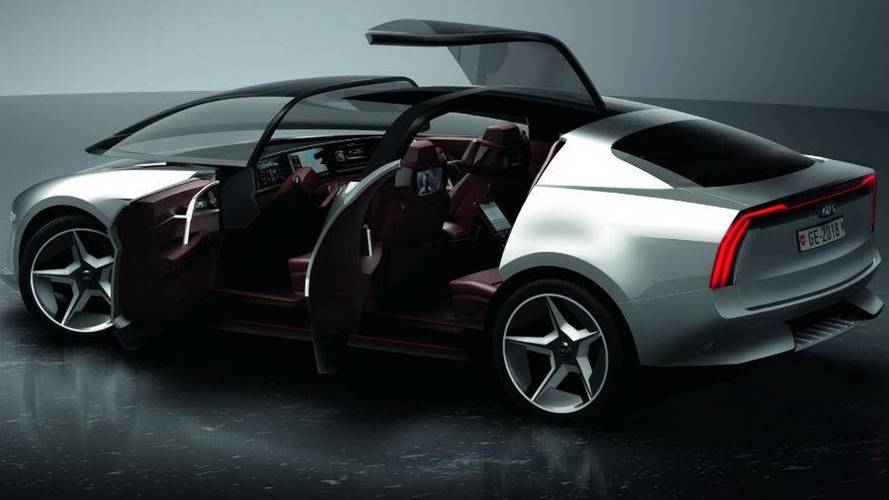 While the technology points to the future, the styling is a nod to Giorgetto Giugiaro's illustrious past.

It’s the sedan like you’ve never seen it before. Living legend Giorgetto Giugiaro and his son Fabrizio have come up with another interesting concept developed under the company name of GFG Style. After last year’s three-seat Techrules Ren, the 2018 Geneva Motor Show will be the venue where the Sybilla concept is going to be unveiled with an avant-garde design featuring retro influences.

The showcar was created in collaboration with Chinese energy management company Envision and proposes an interesting body style with a glass roof featuring a forward-hinged front canopy. If that rings a bell, it’s because Giugiaro implemented a similar configuration back in the early 1960s for the Chevy Corvair Testudo. In fact, the latter – which was designed by Giugiaro when he was just 24 - will share the stage with the new concept in Geneva next month.

Due to the gullwing doors in the back, accessing the rear seats should be a breeze and there’s plenty of legroom thanks to the concept’s generous length, stretching at more than five meters (196.8 inches). The fact that it’s fully electric is also good news for rear passengers sitting on the individual, reclining seats since there’s no need for a transmission tunnel that would otherwise eat into the legroom.

While the styling is a nod to the past, the hardware underneath the skin points towards the future: four electric motors, highly advanced autonomous driving system, and a high-tech interior cabin. Exact technical specifications, such as power, performance, and range - are not available at the moment of writing, but what we have now is enough to ease the wait until the full premiere set for March 6 in Geneva.

As a final note, the aforementioned Techrules Ren will also be at the show in the new hardcore track-ready RS flavor as a single seater.