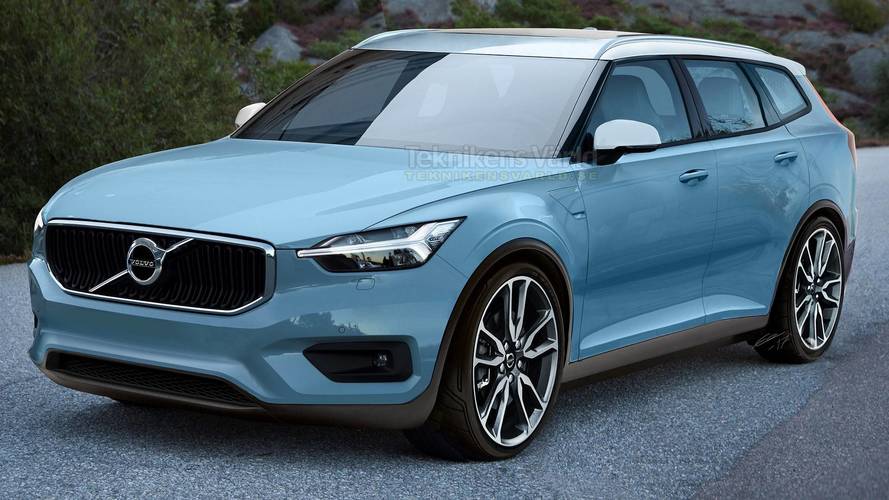 We wouldn't change a single thing.

Having seen leaked official images of the new V60 and being very fond of the V90, we have high expectations from Volvo as far as the next-generation V40 is concerned. While the current car is a five-door hatchback, it is believed the revamped model will revert to its wagon roots, back when it was a more practical derivative of the S40 sedan. Our Swedish friends at Teknikens Varld have attempted to see into the future of the new V40 and this is what they’ve came up with.

It's coming to the United States:

Using styling cues from the new XC40 compact crossover, the overhauled V40 should make you fall in love with wagons and we can only hope the real deal will be just as nice as this speculative design exercise. These renderings could easily pass off as official images from Volvo and we’re already imagining a rugged V40 Cross Country as an alternative to the aforementioned XC40.

Like the XC40, the next-gen V40 will ride on the Compact Modular Architecture (CMA) and is expected to have just about the same wheelbase. It would make sense for the two models to share a lot of the components, including a very similar engine lineup and an almost identical suit of tech features.

The top-of-the-range variant will be the T5 Twin Engine for which final technical specifications have not been disclosed yet. Due to debut in the V40 before the year’s end, the plug-in hybrid powertrain is expected to combine a turbocharged 1.5-liter three-cylinder gasoline engine with an electric motor. It will eventually be offered in the 60-series cars and will offer roughly 180 horsepower from the combustion engine and an extra 75 hp from the electric motor. A battery pack with a capacity of almost 10 kWh should have enough juice for a zero-emissions range of approximately 20 miles (32 kilometers) in the real world.

As to when we’ll get to see the new V40, chances are it will debut before the end of the decade, after the S40 previewed by the 40.2 concept shown almost two years ago.