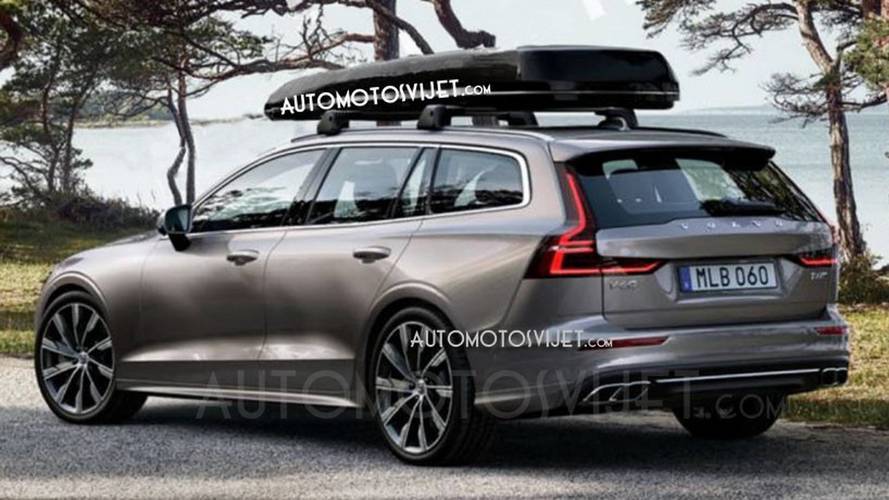 Ahead of its official reveal on February 21, it seems the new wagon is making an unexpected debut.

Just a few hours after seeing the first teaser with the Volvo V60, a couple of pretty revealing images with the all-new wagon have emerged online. Published (and then removed) by AutoMotoSvijet magazine from Bosnia and Herzegovnia, these low-resolution images appear to be showing the next-generation V60, unless someone spent some time in Photoshop to downsize the V90 formula.

Looking at the image showing the car’s side profile, the new V60 appears to be nearly as large as its bigger brother, but maybe it’s because the quality of the photo is far from being great. If what we’re seeing is actually the real deal, it comes as no surprise the new wagon from Sweden is a chip off the old block by carrying over most of the V90’s design cues.

There are a few subtle changes, such as the graphics of the taillights, the slightly different greenhouse, and the dual exhaust tips seen on the XC60, but overall it still feels like the V90 was reduced to a 75-percent scale. Not that we’re complaining as Volvo’s largest wagon is quite the looker and this new V60 is shaping up to be just as nice.

Like its bigger brother and the aforementioned XC60, the next-gen V60 will ride on the same Scalable Product Architecture (SPA), which gives us a pretty good idea of what to expect in terms of powertrains. The top-of-the-range model will be the T8 with a combined output of 400 horsepower and 472 pound-feet (640 Newton-meters) of torque coming from a turbocharged and supercharged 2.0-liter gasoline engine working together with an electric motor.

Volvo has announced it will debut the revamped V60 next Wednesday, on February 21, before bringing it to the Geneva Motor Show scheduled for next month.