5,000-HP Devel Sixteen Could Debut In Dubai With Working Engine 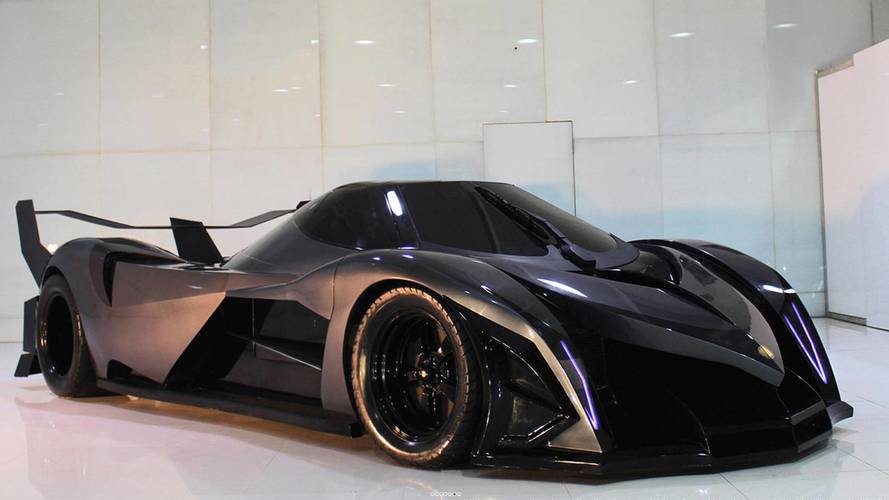 It's the 310-mph hypercar you've been waiting for. Allegedly.

Remember the ridiculous-looking Devel Sixteen? The proposed 5,000-horsepower (3,728-kilowatt) hypercar made its static in Dubai in 2013, and was reportedly capable of reaching speeds of over 300 miles per hour (482 kilometers per hour) thanks in part to the quad-turbocharged V16 engine that came under the hood.

While most had written off the project as nothing more than vaporware, at this year’s Dubai Motor Show, reports suggest that the hypercar will make its prototype debut – four years after it was first announced. According to Road & Track, the Devel Sixteen will be shown on November 14. The running, driving prototype will feature a quad-turbocharged V16 engine under the hood, and allegedly somewhere near 5,000 hp (3,728-kW) on tap.

The company announced today that it will be partnering with Italian manufacturing firm Manifattura Automobili Torino for development of its new hypercar. That same shop is responsible for Jim Glickenhaus’s SCG 003 supercar, and the new Apollo Intensa Emozioine.

The Devel Sixteen wil reportedly be "an easy daily driver with all the refinements expected in this kind of vehicle," the company said in a statement. But with a rumored 5,000-hp (3,728-kW) engine under the hood capable of propelling the car past 310 mph (498 kmh), it will have "the power of ten supercars," or more accurately, five McLaren P1s.

The 12.3-liter quad-turbo engine will be built by Steve Morris Engines of Michigan, and was designed specifically for drag racing. Video above shows the motor on the dyno maxing out at around 4,000 hp (2,982 kW), so we know at least that much is real.

Doors open to the Dubai Motor Show on November 14 – but the Devel won’t be the only high-powered supercar on display. The powerful new Corvette ZR1 will also make its world debut in Dubai (of which we've already seen leaked photos), complete with a 750-hp (559-kW) V8 engine on tap.