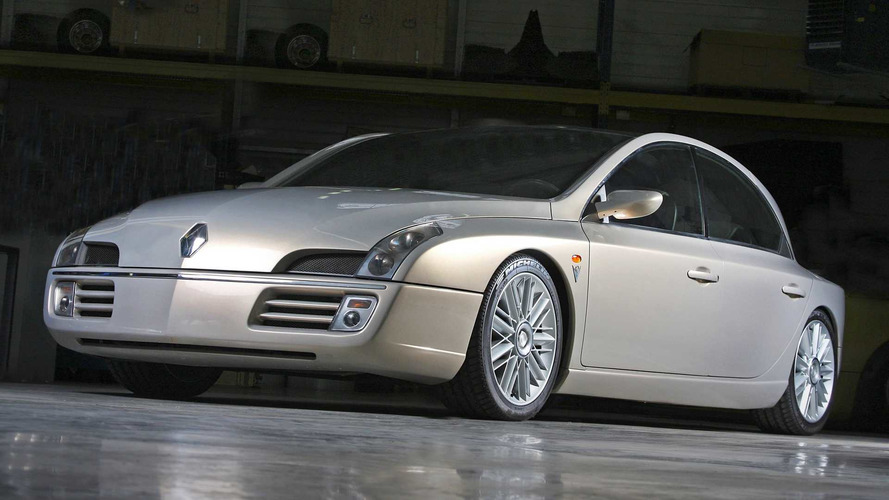 That time when Renault made a big and luxurious hatchback with a V10 engine derived from an F1 car.

The design might not win you over, but we to give credit to Renault for creating such an interesting car big on power, luxury, and space.

French automakers are known for coming out with some of the most spectacular concepts and Renault’s Initiale was no exception. Unveiled 22 years ago at the Geneva Motor Show, the Initiale served as the brand’s vision of a proper flagship model. It went on to become a production car in 2002 with the launch of the Vel Satis, but most of the magic got lost on its way to the assembly line.

The exterior styling is — should we say — daring. It certainly won’t go down in history for being one of the prettiest concepts to carry the diamond logo, but the car’s shape is nonetheless striking. From the extended hood and massive glass panoramic roof to the impressively long rear doors and the big rear hatch opening with a V-shaped window, the Initiale is imposing.

And then there’s the comfy interior created in collaboration with Louis Vuitton. The two pulled out all the stops with the cabin by developing an automatically retractable dashboard, armchair-styled wide seats, and a multimedia system capable of playing movies on laser discs. The lovely wood trim spread throughout the cabin together with the ambient lighting created a cozy atmosphere to highlight the idea of treating passenger space like a living area rather than a plain car interior.

The 4.9-meter-long Initiale tipped the scales at a rather hefty 2,500 kg (5,511 lbs), but even so Renault claimed the concept would reach an impressive top speed of 190 mph (306 kph). How was that possible? Simple. Lurking underneath that elongated hood was a V10 3.5-liter engine borrowed from the 1994 F1 cars of Williams-Renault and Ligier-Renault. In this application, the unit developed 392 hp (292 kW) and 360 Nm (265 lb-ft) delivered to all four wheels through a six-speed sequential gearbox.

The Initiale concept had it all: F1 power, all the luxury Renault could offer in the mid-1990s, tons of spaces inside the cabin — all wrapped up in a uniquely shaped package.