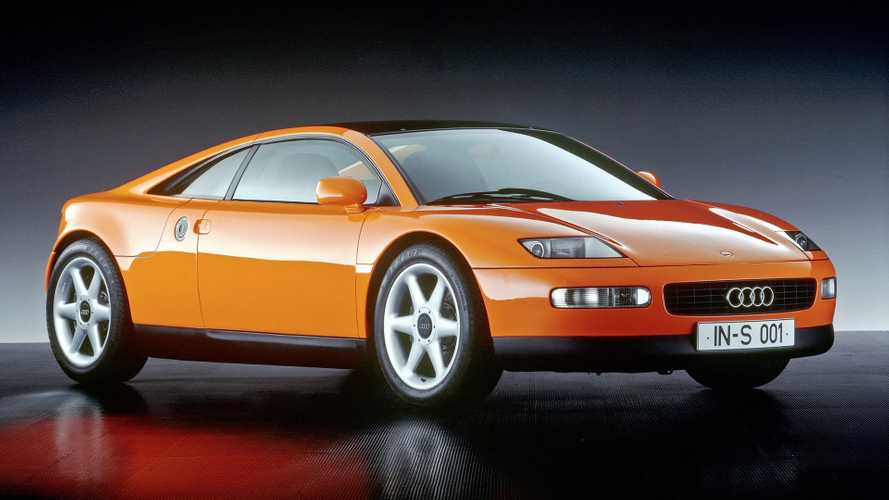 The R8 never looked so good.

Aside from being what I believe is one of the prettiest cars to ever carry the four-ring logo, the Quattro Spyder was also an early sign of Audi’s intentions towards doing a mid-engine supercar.

Introduced just one month before the bonkers Avus, the Quattro Spyder was considerably more feasible for production than the W12 powerhouse. However, Audi mentions it had to drop the project because the “envisioned price of 100,000 German marks could not be met.” In other words, the car would’ve been too expensive and the Ingolstadt-based marque believed there would not have been a market big enough to justify all the effort.

It was somewhat of a surprising decision taking into account the feedback was extremely encouraging following the car’s debut at the Frankfurt Motor Show. Shortly after its premiere, rumors emerged about plans to put the car into limited production. Not only that, but dealers actually booked “thousands of advance orders,” according to Audi. Ultimately, the car was a no-go.

As such, it remained strictly as a concept, one that had a timeless design and borderline perfect proportions. The eye-catching orange paint made it even more appealing and it was certainly better than the rather bland green shade of the other concept car photographed back then alongside the Avus:

It had many characteristics of the R8 we’re all familiar with: mid-engine layout, aluminum body, two-seater interior cabin. Power came from the Audi 100 (C3)’s 2.8-liter V6 engine delivering 172 horsepower (128 kilowatts) and 181 pound-feet (245 Newton-meters) of torque to a Quattro permanent all-wheel-drive system. Output was channeled to the road through a five-speed manual gearbox specifically adapted for the concept.

Thanks to the all-aluminum body, Audi’s engineers managed to keep the weight to a remarkably low 1,100 kilograms (2,425 pounds). If you’re wondering about the use of “Spyder” in the car’s name, the concept featured removable targa panels to enable open-top driving.

26 years later, we’re still smitten with the Quattro Spyder concept and we wouldn’t change a single thing on a purely hypothetical production car. Considering Audi’s planned RS SUV onslaught, isn’t there really any room in the lineup for a “baby R8”? Unless Audi believes the TT RS fulfills that role.