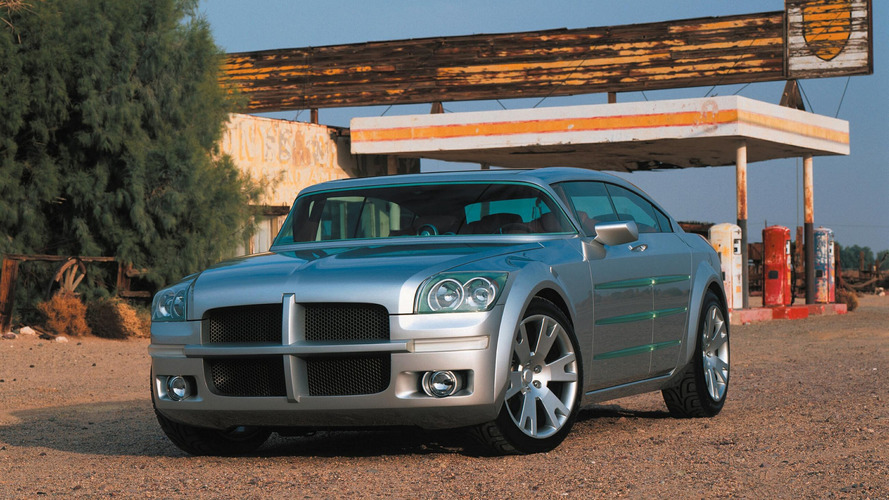 A retro-flavored concept with a modern twist, the Super8 Hemi proposed a bizarre design in a bid to re-imagine the traditional family sedan.

Why We Remember it Now:

It may not be easy on the eyes, but somehow the body’s odd shape sending out a 1950s vibe makes it worth a look.

During the DaimlerChrysler era, Dodge had an idea to try and reinvent the rear-wheel drive sedan by proposing some peculiar design cues with reversed A-pillars and a wraparound windscreen. The absence of B-pillars and a sloped roofline made it stand out even more from the usual crop of early 2000s sedans.

Opening those suicide doors provided access to an equally interesting cabin, also sending out a retro feel evoking cabins of classic models. Operating the four-speed auto was done using buttons, while the air vents shaped like a jet engine and the steering wheel made from wood and plastic with an aluminum frame gave the concept a unique flair.

With a generous wheelbase stretching at 117.4 inches (almost three meters), the Super8 Hemi was very spacious and was also packed with technology. Up front on the center console there was an “Infotronic” infotainment system, while those sitting on the rear seats had access to dual tablets featuring an Internet connection.

The car undoubtedly had a bold appearance and it was matched by some beefy internals. Underneath the massive hood was a 5.7-liter Hemi V8 engine with 353 hp (263 kilowatts) and 395 pound-feet (536 Newton-meters) of torque helping the concept reach 60 mph (96 kph) in less than six seconds before maxing out at 154 mph (248 kph).

While the Dodge Super8 Hemi did not make it to production, it did serve as a preview for the first-generation Chrysler 300 introduced two years later.

Here’s a quick reminder of our three most recent concepts from the series: Volvo LCP 2000, Lotus Emotion, and Mercer-Cobra Roadster.