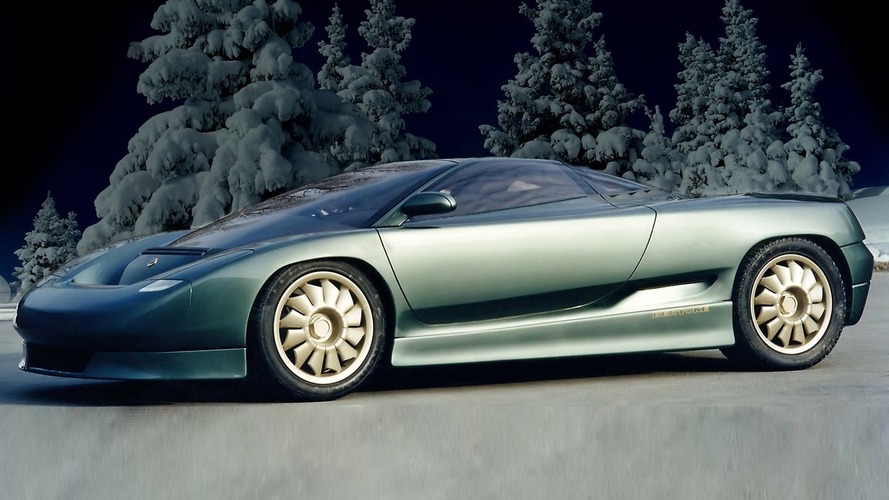 An Esprit-based concept with an interesting history believed to be linked to Bugatti and its EB110 supercar: meet the one and only Lotus Emotion.

Not only does it look very modern even by today’s standards, but there’s also an intriguing story behind the concept. Rumor has it Bertone originally created the Emotion as a design proposal for what was to become the epic Bugatti EB110 supercar. However, Bertone was turned down in favor of Marcello Gandini who was selected as the man in charge of drawing the Veyron’s predecessor. Having been refused by Bugatti, Bertone then slapped on some Lotus badges on the concept in a far-fetched attempt to convince the execs from Lotus Cars to use it as foundation for a new Esprit. Once again, it didn’t make the cut.

Although it was designed to accommodate the hardware of the Esprit, in reality the Lotus Emotion was not a functional concept. In theory, the RWD coupe would have been able to reach 62 mph (100 kph) in five seconds and top out at 170 mph (273 kph). These estimations were made back in the day based on the Esprit SE’s turbocharged 2.2-liter, four-cylinder engine delivering 264 hp (197 kW) and 261 lb-ft (354 Nm).

At 160 inches (4.06 meters) long and 75 inches (1.9 meters) wide, the Emotion had quite a small body featuring an adjustable rear spoiler. It’s a shame the concept’s design did not evolve to be implemented on a production car since the styling is still up to date even after a quarter of a century.

Facing bankruptcy, Bertone ceased operations in 2015 when the concept was auctioned together with 78 cars that were on display at the company’s official museum. Bidding started at €2 million for all 79 cars, with the Automotoclub Storico Italiano (ASI) making the winning bid at €3,445,182. At the same auction, the Bertone brand was also up for grabs for €3M, but it failed to sell. Earlier this year, the rights to the “Bertone” moniker were sold to an undisclosed buyer for €2.6M (€3.48M after taxes).

Here’s a quick reminder of our three most recent concepts from the series: Mercer-Cobra Roadster, Isuzu 4200R, and Peugeot Oxia.