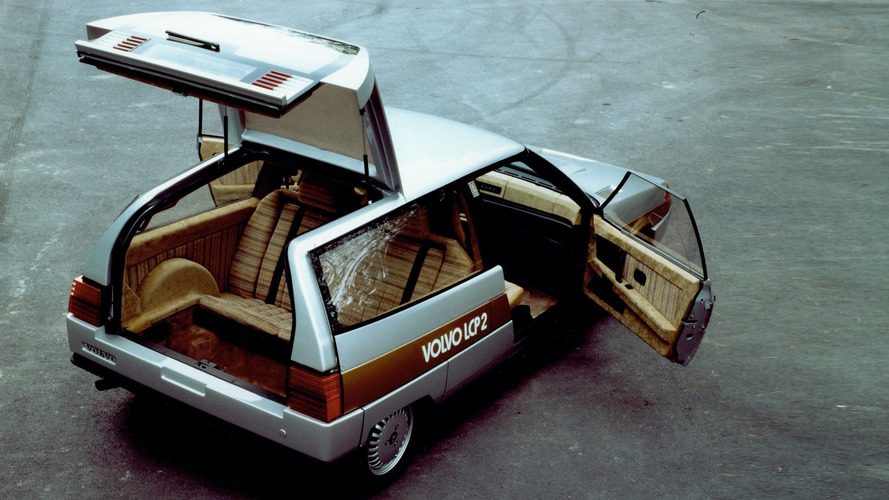 It was Volvo’s idea of a frugal and lightweight car for the year 2000 making use of carbon fiber.

Debuted: At an environmental seminar in Stockholm during late spring 1983

We’ve always been fascinated by the idea of a concept car trying to predict the future of the automotive world. Plus, the LCP’s plastic tailgate doubles as an entrance door to access the rearward-facing seats, which we find to be quite interesting.

The year was 1979 when Volvo decided to begin development of a drivable concept derived from an electric car study conducted three years before. The ultra-frugal car eschewed the all-electric powertrain in favor of a turbodiesel three-cylinder engine developing 50 horsepower and made entirely out of magnesium to shave off weight and help the small car achieve the targeted 1,543 lbs (700 kg) maximum weight.

Alternatively, the wedge-shaped LCP 2000 was engineered to accommodate a larger and more powerful cast-iron 1.4-liter with 90 hp, also a three-cylinder turbodiesel unit with a transverse layout. Both engines were hooked up to either a five-speed manual or an electronically-controlled CVT sending power to the front axle.

The hardware implemented allowed the concept to have a maximum fuel consumption of less than 4 liters / 100 km (58.8 mpg), which was remarkable during the early 1980s and still impressive even by today’s standards. Both engines were developed to run on a variety of oil fuels, including rapeseed oil, prompting Volvo to say it “gave the car a nice smell of fish & chips when it drove past.”

A total of four vehicles were built, with all of them featuring an aluminum chassis, magnesium subframes, and plastic body panels meant to cut weight and also for recycling reasons. Perhaps the most interesting fact about the LCP 2000’s construction is the use of carbon fiber for the door frames - pretty much a novelty back in the day for a road-going vehicle and used primarily only on race cars.

The car's small proportions, thrifty diesel engines and the use of lightweight materials were complemented by an aerodynamic body exhibiting a drag coefficient of just 0.25 to further boost efficiency. Performance was pretty decent as well, with the 0-60 mph (0-96 kph) covered in 11 seconds and a top speed of 110 mph (177 kph).

While the two-door hatchback never made it as a production car, its design did influence the Volvo 480 compact model introduced in 1986. Should you want to check out the odd-looking concept in all of its plastic glory, it’s being exhibited at home in Göteborg, Sweden at the Volvo Museum.

Here’s a quick reminder of our three most recent concepts from the series: Lotus Emotion, Mercer-Cobra Roadster, and Isuzu 4200R.