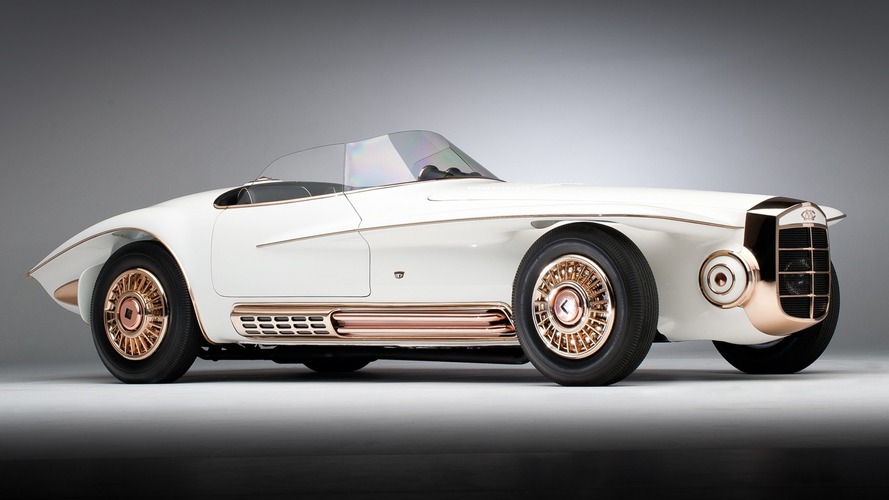 Copper body accents rarely suit a car, but this was one of the beautiful exceptions.

With such beautiful lines and shapes adorned by copper and brass elements, the gallery itself is reason enough to remember/discover it.

Commissioned back in the sixties by the Copper Development Association, the car has an interesting history since it came to life following Virgil Exner’s designs published in Esquire magazine. If his name rings a bell, that’s because he was in charge of drawing the 47 Studebakers. He also had a design contract with Ghia, leading to the creation of the Selene II concept as well as the Renault Caravelle and Volkswagen 1500 production cars.

But I digress. We’re here for the Mercer-Cobra Roadster, one of the four designs created by Exner and published in the December 1963 issue of Esquire as a modern interpretation of the Mercer Raceabout. Upon seeing the design exercise, Copper Development Association’s president, George M. Hartley, got in touch with Exner and asked him to finish the design in order to actually make the car. With help from Carrozzeria Sibona-Basano in Turin, Italy, the Mercer-Cobra Roadster was thus born.

Exner and his son joined forces to chisel the final design that was later adapted by the Italian coachbuilder for a real car based on a chassis from U.K.-based AC Cars. That’s how the chassis number CSX2451 came to life, wrapped around a body featuring long-nose, short-deck proportions. The ingenious headlights were mounted on pivots that swung back flush with the nose’s sides in order to give the car a streamlined appearance when not in use.

Sitting on 16-inch wire wheels with brass covers, the lovely one-off concept was finished in Pearl White and received a wraparound curved Plexiglas windscreen along with a black leather interior. Numerous brass and copper accents were added, and even the 4.7-liter V8 engine received a similar treatment on some of the components. On top of that, even the four-wheel brake discs were made from copper alloy, while a similar theme was carried over inside with multiple surfaces adorned by brass and copper touches.

Here’s a quick reminder of our three most recent concepts from the series: Isuzu 4200R, Peugeot Oxia, and Toyota CS&S.