Mercedes has taken the wraps off a new all-electric concept featuring a range of up to 310 miles (500 kilometers).

Joining the Mercedes-AMG GT C Roadster in Paris, the Generation EQ concept takes the shape of a zero-emissions SUV and serves as a preview for the company’s future electrified lineup. Looking like a GLC from the next decade, the vehicle adopts a curvaceous body with a generous greenhouse and a sloped roofline to give it a more dynamic side profile. The concealed windscreen wipers and the switch to side cameras instead of conventional mirrors contribute to give the concept a more streamlined appearance also enhanced by the absence of door handles.

As one would expect from a concept, the Generation EQ rides on very large wheels, a 21-inch set in this case. The body has been painted in what Mercedes calls an “alubeam silver” hue and comes with several blue accents to denote we’re dealing with an all-electric model. There’s also a massive panoramic roof, which allows a lot of light to get inside the cabin to make it feel more spacious and airy. 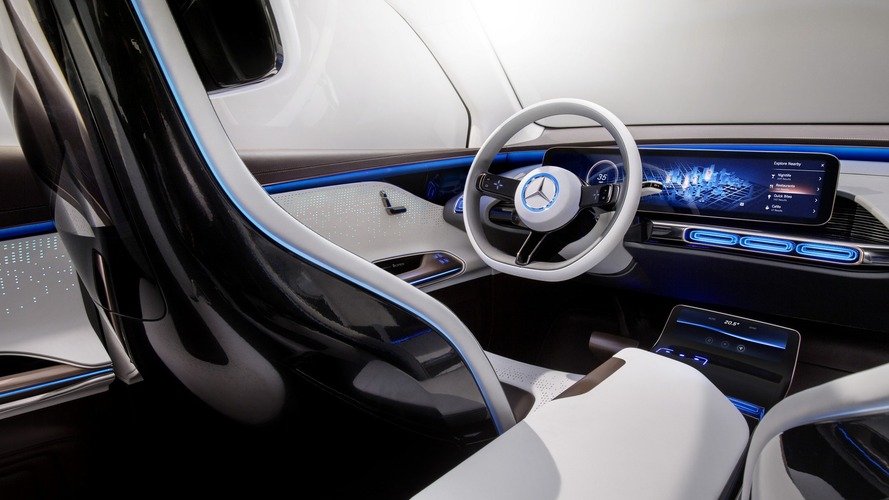 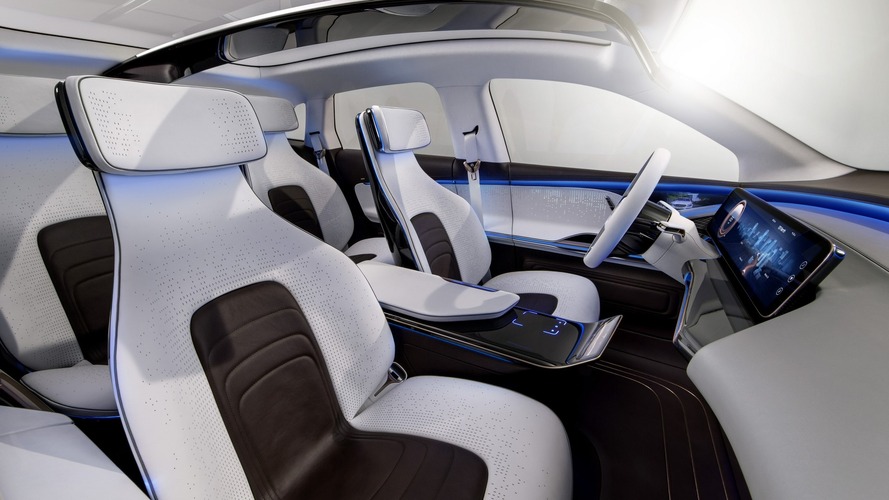 Speaking of the interior, the futuristic cabin adopts a minimalist look and comes with a very wide 24-inch digital instrument cluster and a secondary display on the center stack. The touch-sensitive screens have replaced just about all of the physical buttons and knobs to give the dashboard a simple, yet very functional layout. Even the three-spoke steering wheel incorporates a pair of OLED screens, while the images recorded by the cameras are displayed onto a pair of additional screens mounted on the doors.

With Daimler being one of the new owners of the HERE mapping solution, it doesn’t come as a surprise the concept’s satellite navigation system uses the software acquired from Nokia. It works hand in hand with the latest crop of safety and assistance systems, and it will even provide suitable alternatives in case it’s going to detect the battery won’t have enough juice to allow the vehicle to reach the established destination.

In terms of power, the Mercedes Generation EQ makes use of two electric motors installed on both axles to provide a combined output of 300 kilowatts (402 horsepower) and 700 Newton-meters (516 pound-feet) of torque. It’s enough electric punch to allow the concept zap to 62 mph (100 kph) in less than five seconds.

Thanks to the floor-mounted battery pack, the green SUV provides a maximum range of 500 kilometers (310 miles) and has fast-charging capabilities to refill the depleted battery. Mercedes estimates that in the medium to long term, a 300-kW charging capacity will allow EVs like the Generation EQ concept to gain enough energy to cover 62 miles (100 kilometers) in only five minutes.