Nobody on Earth knows Mustangs like Clor, and he's got stories galore.

It's Mustang Day! Specifically, April 17 is Mustang Day, recognizing the day back in 1964 when the iconic pony car debuted to the masses at the New York World's Fair. 57 years later the Mustang is still going strong, and whoa Nellie do Bruce and Smith have a very special guest to regale Blue Oval fans with some fantastic Mustang stories. It gets so intense that Smith actually drinks a shot of hot sauce during the chat. More on that in a bit.

John Clor's official title is Enthusiast Communications Manager for Ford Performance. He's the driving force behind Ford's enthusiast content at the website as well as Club Connect, which seeks to connect Ford enthusiasts by offering easy access to local, regional, and national event information. However, for nearly 45 years his personal and professional passion has been Mustang – he left a journalism career with bylines at AutoWeek and Edmunds to join Ford SVT in 1995, just as the specialty brand was hitting its stride. He transitioned to Ford Racing and then Ford Performance, garnering a Lee Iacocca Award for his passion in the process.

If you've been to a large-scale Mustang event in the last 20 years you likely heard him talk, as he's a regular at Ford venues across the US. He's written two books on the Mustang – The Mustang Dynasty and Mustang 2015 The New Generation – and he's long been a champion of the misunderstood second-generation Mustang II so yeah, he knows his stuff and isn't afraid to share some hot takes on all things Mustang.

For this special podcast, Bruce, Smith, and Clor focus on Mustang history with a nod to pony car aspects not often discussed. Clor doesn't just know history, he knows the intricacies of the relationships of the people involved. He walks us through the early days and the internal struggles that shaped Mustang's future after the first generation wrapped in 1973. Yes, that includes plenty of love for the Mustang II – a car that Smith also loves and has driven, and with over 1 million sales in just five model years, it was indeed the exact car Ford needed at the time. 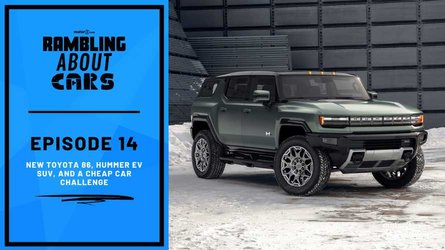 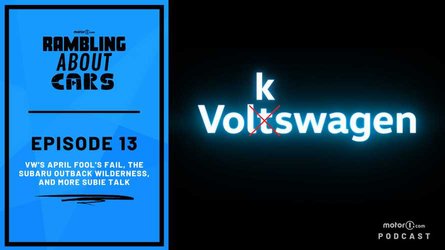 The discussion then dives into the Fox Body era, starting with some intriguing, little-known details on the politics within Ford that drove its wedge design, not to mention the Mustang's near-death experience involving the Ford Probe. Eventually, the trio reaches the SVT era of the 1990s where Clor offers all kinds of wild insight into not just the SVT Cobras of the time, but other aspects of how SVT largely ran independent of mainstream Ford. Clor's unending passion for Mustang and the SVT era eventually gets the better of Smith, who downs a shot of hot sauce in an attempt to break his train of thought and move the conversation forward.

Why? Because we can't talk with such a dedicated Ford enthusiast and prominent Mustang voice without talking about the Mach-E. Should it wear the Mustang moniker? The podcast concludes with this discussion, and in a word, it's interesting.

In a normal world, the automotive community would be in the midst of major auto shows at New York and Geneva. With COVID-19 still putting a kibosh on such events, automakers are holding private vehicle debuts and there's a flurry of them happening right now. The Hyundai Santa Cruz, Mercedes-Benz EQS, and Honda Civic are just a few; we'll be rounding up all the new offerings with some help from our electrified colleagues at Inside EVs.