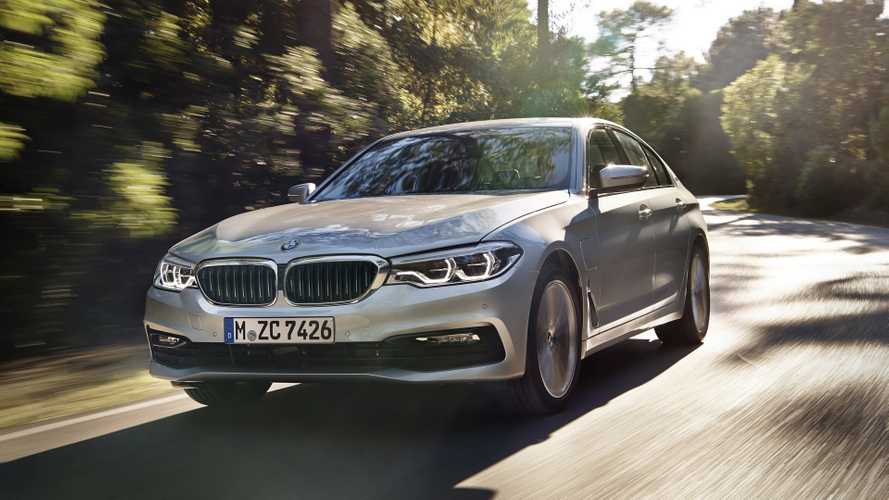 It’s been a huge year in the car industry. Here are the most-read news stories from the past 12 months.

It was a wild year from every angle, and the auto industry was no exception. In 2016 we saw the arrival of several important new models, our spy photographers gave us early looks at some future models, and so much more. It’s never easy to parse through 12 months of updates from the auto industry, but this list of our most-read news stories is a great starting point for your year in review.

It takes a lot for us to get this excited about a sedan and a station wagon but, well, just look at them. The newest Opel Insignia is a stunning car that stays remarkably true to the 2013 Monza concept. And best of all, it should come to the U.S. as the next Buick Regal. While this story was merely a set of spy photos of the new car, Opel and Vauxhall have since released full details on the new Insignia family.

This year we saw – and drove – the latest and greatest version of Honda’s popular CR-V crossover. The new model has a fresh design inside and out, as well as a new turbo engine underhood that’s slated to bring both more power and better economy. Perhaps the best news of all, though, is that the CR-V once again gets a physical volume knob.

By now we know everything about the newest Porsche Panamera, including its price, but back June the car’s look and specifications were still a mystery. Porsche intended things to stay that way, but an internet leak inadvertently gave us a full, undisguised look at the new Panamera Turbo early. An engine badge confirmed a 4.0-liter V8 was in the cards, while exterior photos gave us our first peek at the car’s handsome, more retrained look.

After months of checking out spy photos and teaser photos, we finally got to see the new 2017 BMW 5 Series in October. Its design is handsomely understated, but its tech specs are anything but understated. It’s more spacious, equipped with a variety of new turbocharged engines, and lighter than before. The new 5 Series hits U.S. showrooms in February 2017.

Mazda CX-5 spied while getting gas

The cool digital camo wasn’t fooling anyone: our spy photographers had caught a look at the next CX-5 crossover. Now, of course, we know everything about the CX-5 after its debut at the Los Angeles Auto Show. But back in August, a chance encounter at a gas station was our first indication that the new CX-5 would continue to be a gorgeous crossover.

Rumors of a mid-engine Chevy Corvette are basically as old as the Corvette itself. This year, however, things got a little more serious thanks to these (admittedly blurry) images of what appears to be a mid-engine Corvette. With its cab pushed way forward within the wheelbase and a sloped cover after of the two seats, this Chevy prototype shared its basic shape and proportions with other well-known mid-engine supercars. We still don’t know much about this car, but these photos were our first serious confirmation it was on the way.

The editors of Motor1 love the McLaren 650S, so we were thrilled to see what appears to be a prototype for its successor. Its low-slung, mid-engine shape seems as devoted to aerodynamics as the current car, and reports suggest the car will debut at the 2017 Geneva Auto Show. Otherwise, little is known about the car codenamed P14 – but looking at the photos is more than enough to pique our interest in Britain’s next supercar.

2018 Acura TLX shows a new face in the desert

It’s time for a new Acura TLX, and our intrepid spy photographers caught a prototype testing in the desert. It’s hard to tell exactly what will change on the new car, but we’re expecting an evolved, smarter version of the four-door sedan’s current style. Perhaps the most obvious design cue came from the Acura Precision Concept, which lent its fascia and grille to the TLX prototype.

Of all our news about the next Jeep Wrangler, a peek at this rejected design proposal got the most attention from Motor1 readers. This particular model won’t be built, but its unusual roof design is likely headed to production. Reports indicate that the three-piece removable roof shown here has a strong chance of being offered on the real Wrangler. We’ll have to wait a little longer to find out, but these photos offer a tantalizing look at the future of the Wrangler.

Another European car caught readers’ attention, in this case a freshened interior for the Skoda Octavia. Our first photos of the Skoda’s cabin revealed ambient lighting, plus practical touches like easy-to-use bottle holders and a fold-out tray table affixed to the back of the front seats. Tech highlights include a heated steering wheel, wireless phone charging, and a new infotainment system.