With the increasing popularity of plug-in hybrid-electric vehicles (PHEVs), choices for customers are growing as well. We’re seeing bigger and more luxurious plug-ins every day. Luxury brands, in particular, are diving into the plug-in game, with brands like Volvo and Lincoln joining the established players from Germany. But while we like the increase in luxury and performance from PHEVs, there’s still a spot in our hearts for small, thrifty PHEVs.

Not Just A Man, A Countryman: 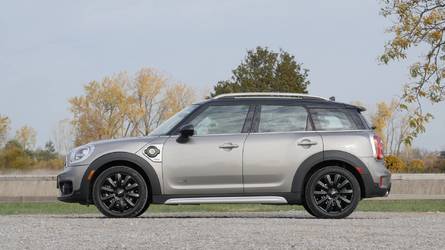 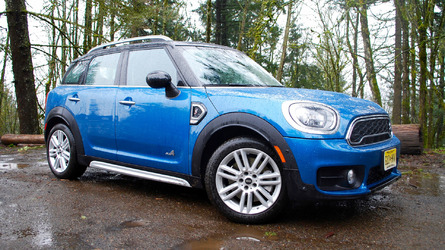 The 2019 Mini Countryman Cooper S E All4 is just that; offering consumers a vehicle that seems to do it all. This car offers customers a high seating position, all-wheel drive, the ability to run on nothing but electrons, typical Mini style, and an entertaining driving character. That should make the Countryman perfect for today’s consumers.

But it asks a lot in return. Despite its green credentials, the PHEV Countryman has a lower overall range than the gas Countryman, and it’s not exactly cheap. To see what we mean, read on for the best and worst things about the 2019 Mini Countryman Cooper S E All4.

Okay, so Minis are getting bigger and the latest Countryman is the largest, heaviest yet. But even with batteries onboard, this is still an entertaining, tossable CUV. There’s plenty of body roll here, owing to the softer suspension and higher ride height, but the steering is fast and the chassis responds to inputs eagerly. This Mini still has oodles of character and is all too willing to put a smile on its driver’s face.

Ignore our tester’s electric yellow accents, because they’re optional. Aside from those garish touches, the yellow “S” badges, and the presence of the plug icon on the side grilles, there’s nothing to single out the Countryman S E as a plug-in hybrid. Props to Mini for building a PHEV that’s so under the radar. At the same time, there’s a wide range of customization, even after Mini’s move to complicate its lineup with trim levels (Classic, Signature, and Iconic) in addition to the usual Cooper, Cooper S, etc.

That “S” badge is well deserved. According to Mini, the Countryman Cooper S E produces 221 horsepower and 284 pound-feet of torque, with the electric motor generating an immediate 122 lb-ft of twist. So despite its hefty 3,948-pound curb weight and modest 6.8-second sprint to 60 miles per hour, the Countryman feels nippy and energetic. Dig into the throttle, even in the default Mid driving mode, and the Countryman S E surges forward from a standstill and at urban speeds.

We mean this not just in terms of its electric range, but its overall range. At first, Mini rated the Countryman’s range at 24 miles from its fully charged 7.6-kWh battery – that figure is still on the company’s media website with an asterisk next to it. But the real figure for production models is just 12 miles. And scoring that meager EV range means sacrificing space for fuel. The gas-only Countryman carries 16.1-gallons of petrol in its tank, while the PHEV model has space for just 9.5 gallons of fuel. Fully charged and fueled up, the Countryman PHEV’s EPA-estimated range is 270 miles. Meanwhile, the gas-only Countryman Cooper S All4 would cover 418 miles per tank at its EPA-estimated 26-mpg combined rating.

The cheapest electrified Countryman, the Classic trim, starts at $36,900, the mid-level Signature starts at $39,400, and the range-topping Iconic costs $44,400. That’s a lot of money for a PHEV with such mediocre all-electric range. A $4,001 federal income-tax credit softens the blow to a degree, but not as much as some real, usable, all-electric range would. Kick the Countryman Cooper S E up to 30 miles per charge, Mini, and we’ll delete this particular con.

Look, Mini, the Countryman is supposed to be a crossover. And while it’s good to see the batteries don’t impinge on cargo space (it eats into space for the fuel tank instead), the Countryman isn’t exactly drowning in cubbies and compartments for stuff. The door pockets are usable, but there’s not a great amount of space in the center console. Adding storage space while maintaining a Mini’s relatively small body is tough, but if there’s a product that could get away with getting bigger to accommodate additional stuff (and most benefit from it), it’s the Countryman.