A significant refresh even as sedan sales slide.

I’m going to be weird for a moment and confess that it was refreshing to drive something as seemingly mundane as a Hyundai Elantra. 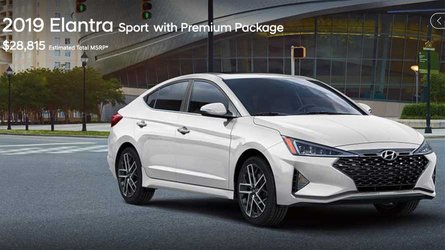 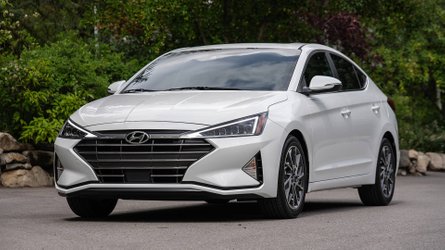 2019 Hyundai Elantra Pricing Gets You More Bang For Your Buck

Are you still there? Don’t worry. I’m laughing, too. I know it sounds silly to say this, because in a world with so many other options, leave it to the Elantra – an everyday compact commuter – to put things in perspective.

I don’t know about you, but I’m suffering from crossover fatigue. They come in all shapes and sizes now, which is great. I guess. But it can also be a hassle, like when I’m babysitting my five-year-old nephew. Heaven forbid he falls asleep and I have to clamber into the back of my sister’s Jeep Grand Cherokee to unbuckle him from his car seat while also keeping his head steady so he doesn’t wake up (because naps are unappreciated at his age).

As someone of shorter stature – a lilliputian five feet, two inches – it’s nice to finally work with something Braga-sized. Which brings me to the 2019 Hyundai Elantra. All-new for the 2017 model year, the compact sedan (not to be bundled with the separately designated Elantra GT hatchback) receives a quick but hefty update for 2019.

Styling is more aggressive thanks to a new front fascia that takes cues from Lexus’ gaping maw, giving Hyundai’s “cascading” grille theme a smirk rather than a humbling smile. Pair newly sharper headlights with deeply embedded fog lamps and you’ve got yourself a bona-fide sneer. I like it.

Other exterior changes include a new, sharper hood design, as well as an equally revamped rear fascia, trunk lid, and taillights. “Elantra” is now emblazoned across the trunk lid, too, which means the rear license plate now sits in the bumper. It’s a cleaner look compared to last year’s crease-heavy rear end. To cap things off are new wheel designs across the model line, and LED headlights are now standard on the range-topping Limited.

Although these superficial updates stretch the Elantra sedan’s total length from 179.9 inches to 181.9 inches, all other measurements – height, width, headroom, legroom – are the same as last year.

The interior offers less obvious changes, although it benefits from a new instrument cluster and updated center stack design. Basically, the buttons have been rearranged and the air vents receive a little splash of silver. I’m not feeling it, though, as the mixed materials and colors remind me of the gaudy 90s, and lack the upscale vibe we’ve come to expect from Hyundai.

There are also still too many hard, plastic surfaces. Yes, I understand that this is an economy car with a starting MSRP of $17,100, but in my nearly $27,000 test car the materials both looked kitschy and felt like a clearance-sale item. The average new-vehicle transaction price is now around $36,000, and the Elantra sedan can be had for half that, but it shouldn’t have to feel like you’re settling.

Under the hood, the 2019 Elantra is straight carryover. The standard engine is a 2.0-liter, four-cylinder with an output of 147 horsepower and 132 pound-feet of torque. Eco models still receive a 1.4-liter turbocharged inline-four that produces 128 hp and 156 lb-ft of torque.

Under the hood, the 2019 Elantra is straight carryover.

For my test drive, all the event vehicles were Limited models, which were equipped with a 6-speed automatic. A 6-speed manual remains standard on the base SE, while a 7-speed dual-clutch transmission is reserved for the Eco. All transmissions are carryovers as well.

I will say that as a basic commuter car, the Elantra isn’t a bad choice. It’s plenty powerful for its segment and reaches highway speeds without issue. Sure, there’s some body roll, but this isn’t the Veloster N, you know. Driving along Highway 162 in northern California, the road increased in curvature as it distanced itself from I-5 and neared the Mendocino National Forest. The scenic route took me through elevation changes and more daytime running deer than preferred.

In fact, as I was cruising along at about 70 mph on a downhill, two juvenile hoofers barreled down the hillside and almost became literal deers in my headlights. But those stock 11.0-inch ventilated front disc brakes and ABS system helped avoid a collision.

Although flustered, I had enough sense to keep an eye on the smaller of the two deer, who, after galloping in front of me, was now running alongside me on the wrong side of the road at 20 mph while giving me nervous “Are you going to hit me?” side glances (um, no).

After about a tenth of a mile, this maniacal mammal then jumped head-first and body-last into and over the guardrail. In disbelief, I glanced at my driver’s side mirror to see the four-legged goofball leap back onto the road and trot in the opposite direction with a “No one saw that” look on its face.

Not even kidding. I didn’t know deer faces could communicate so expressively either. Or that faceplanting into a waist-high guard rail was even possible. Don’t drink and deer, yo.

I didn’t know deer faces could communicate so expressively either. Or that faceplanting into a waist-high guard rail was even possible.

Anyway, the point of this nutty story is that for all its plastic bits and its affordable price, the 2019 Elantra is about putting safety first. A rearview camera with dynamic guidelines is standard on all trims as well as a driver’s blind spot mirror.

But SEL models and above add Hyundai’s SmartSense suite of safety features, which now includes forward collision-avoidance, lane-keep assist, and driver-attention alert. According to Hyundai, this covers 75 percent of the Elantra lineup. Additionally, safe-exit assist is offered on Limited models as part of the Ultimate package. (So you don’t open the door into oncoming wildlife.)

In real-world use, the lane-keep assist is forceful but not aggressive, while the full-speed adaptive cruise was a dream during rush-hour traffic, as it gradually slowed the vehicle to lower speeds without the sudden jerky braking other vehicles in this segment (cough, Honda Civic, cough) possess.

For a $150 year-over-year price jump on the base model and $550 on SEL trims, the 2019 Hyundai Elantra sedan remains a solid value. The new-year upcharge is a modest price to pay for peace of mind, especially in a vehicle that is smaller than your typical crossover SUV. Besides, gadzooks moments are always of the unexpected variety.