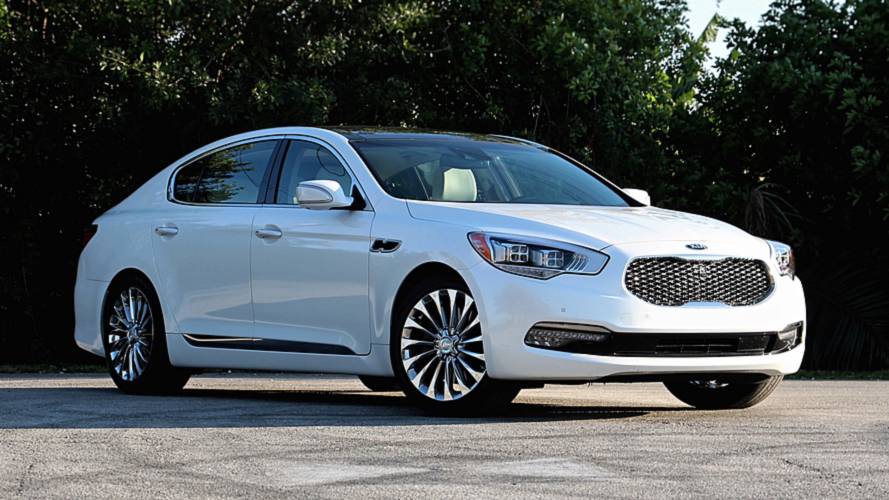 The K900 is a solid luxury sedan, but it’s easy to overlook in a competitive class.

Look through the long list of large luxury sedans on the market, and the Kia K900 – though luxurious and reasonably priced – isn't an obvious car to consider. Brand reputation undoubtedly has a lot to do with it.

But in a segment flooded with so many good choices already, Kia's outdated offering (the 2019 model will hit showrooms in only a few months) doesn't make a compelling case. This model in particular, equipped with the range-topping 5.0-liter V8, is significantly pricier than the entry-level V6 option, and it lacks much of the same tech you’d expect in this segment. If you want a large, luxurious Kia, it’s probably worth waiting for the updated 2019 K900.

The K900 isn't the most eye-catching luxury sedan, admittedly, but its safe styling and subtle amount of chrome detailing, especially on the grille, make it inoffensive. For what it's worth, the new 2019 model is a far better-looking option, and finally on par with competitors from Germany and Japan.

The K900 isn't as outrageously lavish as rivals like the Mercedes-Benz S-Class, but it's still plenty luxurious. Both the front seats and backs seats are supremely soft and comfortable, and feature heated and cooling options. The rear bench is adjustable, and each of the three rear windows comes with a shade; the rear window shade is controlled by an electronic switch near the driver. On road, the cabin is whisper quiet.

We’re looking forward to the tech update on the 2019 model. The 2017 K900 lacks many of the modern conveniences you'd expect on a car at this price point – most importantly Apple CarPlay and Android Auto. It also lacks some basic functionality due to its cluttered home screen and confusing, unrefined display settings.

The K900 is no performance luxury car, so naturally, it doesn't perform as such. This large sedan is comfortable cruising; it's smooth, sophisticated, and easy to drive in a straight line, with no desire to handle any corner quickly. But the optional 5.0-liter V8 engine does produce a significant amount of grunt. Paired to an eight-speed automatic transmission, it pumps out 420 horsepower and 376 pound-feet of torque, propelling the 4,700-pound body to 60 miles per hour in 5.3 seconds. The V6 version only produces 311 horsepower, yielding a slower 60 mile-per-hour sprint of 6.4 seconds.

Safety systems are standard fare on the K900, as you would expect in a large luxury vehicle such as this. Blind spot monitoring, rear cross traffic alert, lane departure warning, a 360-degree camera, and parking assist features all come standard. Opt for the $5,000 VIP Plus Package, and that also includes adaptive cruise control with automatic emergency braking, and a number of other non-safety features.

The Kia K900's range-topping 5.0-liter V8 is no fuel sipper, it returns 15 miles per gallon city, 23 highway, and 18 combined. Two of its most direct competitors, the RLX and the CT6, don't even offer a V8, and return up to 23 and 21 miles per gallon combined (not including plug-in options).

The optional VIP Plus Package – which adds aforementioned safety systems as well as features like quilted Nappa leather seats, ventilated rear seats, and a premium headliner, among others – adds another $5,000 on top of the asking price. This is an easier pill to swallow, offering more tangible, everyday benefits than the V8 for less money, making it a box we’d be happy to tick on our K900 order.