2018 Mercedes-AMG GT R Review: Worth Waking Up For 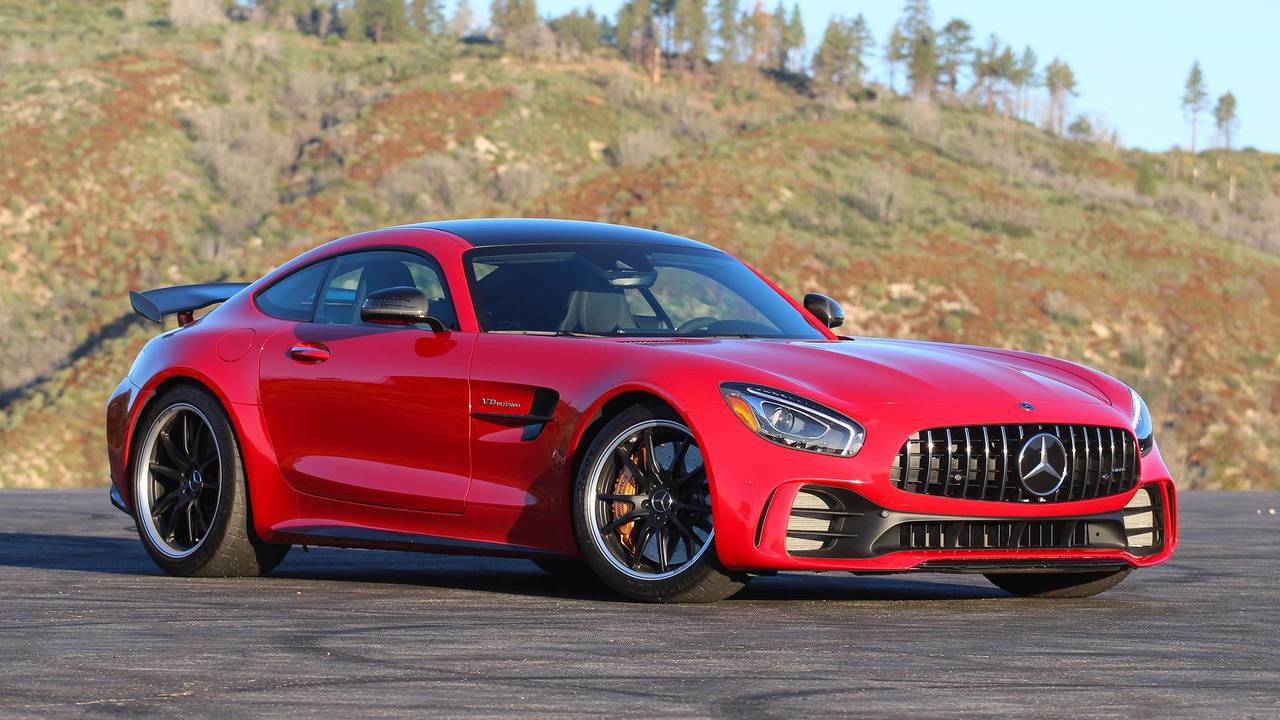 I cannot stop thinking about how good this car is.

Ask anyone who’s had the privilege of working with me and they’ll agree: I am not a morning person. Yet I find myself standing in the parking lot of a Shell station at the base of Angeles Crest Highway, at 6:30 AM on a Saturday, sipping coffee, letting myself wake up a bit before setting off on one of those blissful canyon-carving drives you read about, well, here.

Ever since I moved to Los Angeles in August, I’ve been making a habit of doing early morning canyon runs on the weekends. Get out on the roads early, and you’re treated to crisp air and very little traffic. Dawn breaks over the mountains and warm morning light fills the sky, shining onto beautiful ribbons of pavement that glow with an inviting warmth. The late, great David E. Davis, Jr., once said, “God does not charge us for hours spent driving before breakfast.” And while I personally don’t buy into any religion, I’ll praise any deity who affords me as much time as possible for howling down winding roads, especially when I have a Mercedes-AMG GT R at my disposal.

It’s not just about the numbers. Though they’re still very impressive. The R uses an upgraded version of the biturbo 4.0-liter V8 from the rest of the AMG GT range, with 577 horsepower and 516 pound-feet of torque. That’s only 27 hp and 14 lb-ft more than the next-most-powerful AMG GT C, though the R is also 154 pounds lighter. Never mind, the fury of this car rings through your ears as the V8 wails with a muscular vibrato, a roar that is primal in tone and carnal in intent. It is the sort of car that, moments after firing up the engine, a tingle rushes down your spine and a soft, assertive voice whispers in your head, “Damn.”

Power with poise. The big story about this car is how precisely it puts that 577 hp and 516 lb-ft to the road, how the tires and suspension and steering and brakes all work together to deliver one of the most visceral sports car experiences I’ve ever known. You can feel everything this car is doing, through the steering wheel, through the seat of your pants. It’s always flat. Always poised. Consider this: the AMG GT R is way less powerful than both the Chevy Camaro ZL1 1LE and Porsche 911 Turbo S, but it still ran around Virginia International Raceway quicker than both at Car and Driver’s Lightning Lap test this year.

So much attitude. The way this Mercedes snorts and slides and growls, it’s more like a big mean muscle car than a tactile supercar. All bulgy and carbon fibery and menacing, this really just looks like an AMG GT on steroids. What a monster.

It’s still a Mercedes. For as ferocious and track-focused as the AMG GT R is, it still embodies all of the luxurious traits you expect from a car with a three-pointed star on the hood. Every surface inside the car is impeccable in its design and its fit and finish. The carbon fiber bits are real. The leathers are supreme. The alcantara is soft and supple. Right down to the autographed placard on the engine cover, you can tell that a lot of love and dedication went into making this car feel as special as it drives.

The regular GT is very, very good. If you plan on taking your AMG GT to the track, get the R. If you just want an incredible sports car for canyon carving and boulevard cruising, you’re better off with a GT S or GT C. Don’t get me wrong, I think the big wing and the carbon fiber exterior bits look pretty rad. But the other AMG GT models are so, so, so sexy. More comfortable for not-so-pristine, not-in-California roads, too. You don’t need to buy the R to make a hell of a statement.

Why isn’t this fully loaded? This car starts at $157,000, yet when I glance at the window sticker, I see this test car has an extra $30,000 in optional equipment. On the range-topping version of Mercedes’ most impressive car, why aren’t things like power folding mirrors, a dimming rearview mirror, or the company’s Distronic Plus adaptive cruise control standard? Even carbon ceramic brakes are an option on this hardcore AMG GT – and a $8,950 option, at that.