2017 Alfa Romeo Giulia Review: Racy Even Without The Quadrifoglio 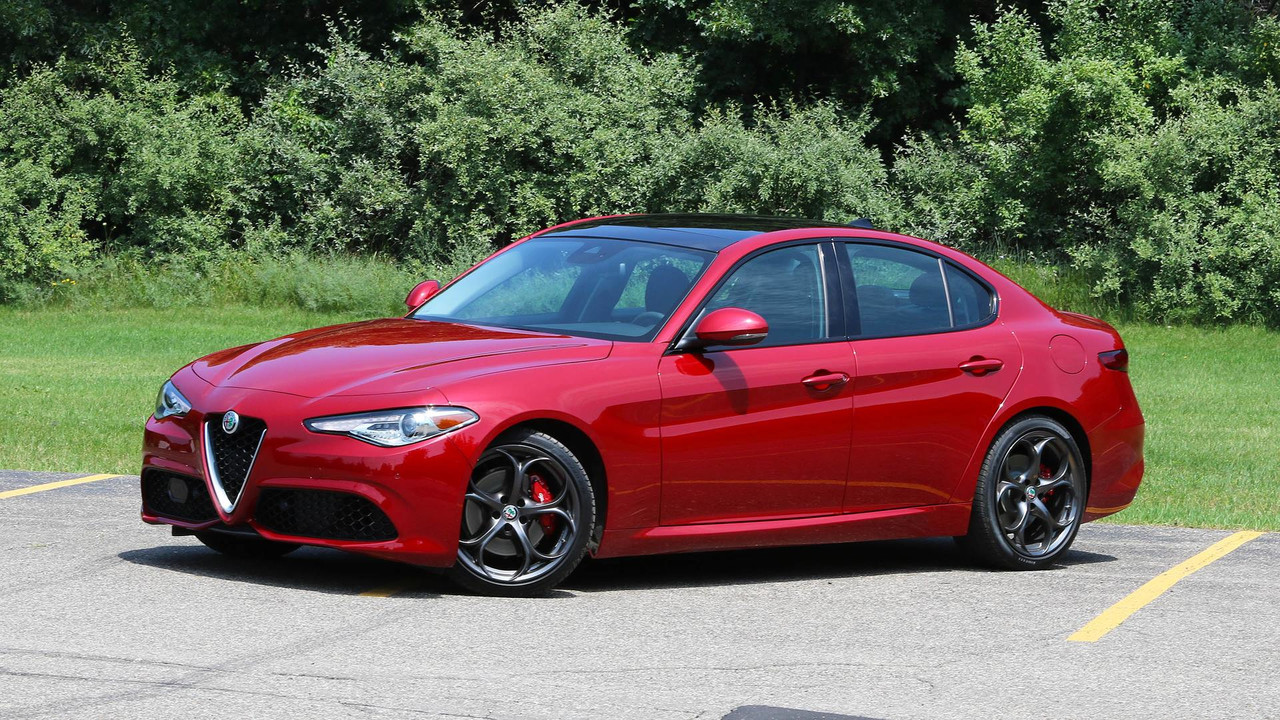 While the hot Quadrifoglio model stole our hearts, even lower-powered versions of Alfa’s new sports sedan are a joy.

It’s one thing to be enamored with the race track-focused, high-performance variant of a sedan. It’s another thing altogether to still get driving thrills from the more mainstream version of that car. Yet after spending nearly 700 miles in the Alfa Romeo Giulia – the 2.0-liter model that most people will buy, rather than the raging Quadrifoglio – I have a long list of praise for the car. I like looking at it, driving it, and even riding as a passenger in it. If only a few finishing touches could be polished, the Giulia would be my favorite entry-level sports sedan around.

Stunning styling. This isn’t the hotted-up, 505-horsepower version of the Giulia, but you’d be hard-pressed to tell from the curb. Dressed up in Ti Sport trim, this car looks positively ready to hit the race track. Couple its aggressive body kit with the svelte lines of its sheet metal, and the Giulia never fails to make me look twice.

Punchy engine. With 280 hp and 306 pound-feet of torque, this 2.0-liter turbo engine is more powerful and torquier than most of its direct competitors. Urgent acceleration is but a split-second away, accompanied by an invigoratingly throaty exhaust note and enabled in part by prompt shifts from the eight-speed automatic.

Energetic handling. The Giulia is just as at home tackling curves, with well-controlled body motions and lots of grip from the staggered summer tires on this car. It helps, of course, that this tester has the $1,200 Ti Performance package that includes an adaptive suspension and a limited-slip differential. But in a general sense, the Giulia provides lots of driver feedback and changes directions keenly. To top it all off, the ultra-quick steering responses make the Giulia feel even nimbler.

Fine for road trips. With plenty of room in the trunk for luggage and the back seat for regular-sized adults, the Giulia forces few compromises on occupants. It’s reasonably quiet and composed on long highway drives, and with real-world fuel economy readings hovering around 31 miles per gallon (versus 33 mpg on the EPA test), you needn’t stop too often for fuel, either.

Ergonomic foibles. As I called out when driving the Giulia Quadrifoglio, this car’s switches have a learning curve not present in German or Japanese rivals. The wipers, for instance, are operated by moving a small switch on the right stalk, not by moving the stalk itself. Adjusting the climate-control temperature takes two individual turns of the knob – one to show the current temperature on the infotainment screen, a second to adjust it. The trip computer’s fuel-economy readout is also counterintuitively upside down: taller bars represent lower fuel efficient (or, alternatively, greater fuel consumption), which I find a little confusing to interpret at first glance.

Little suspension adjustment. Switch the drive mode knob into D, for Dynamic, and the adaptive suspension firms up. If you then want to soften the ride, push the damper button. But there’s no way to have firm dampers with the powertrain in N, for Natural, mode. I’d like a bit more flexibility in configuring how the Giulia drives.

Surging engine. Although outstanding under brisk acceleration, the 2.0-liter turbo engine surges and stumbles in its mid-range. As I found in the Stelvio SUV, which has the same powertrain, there’s a noticeable and disconcerting stumbling when the engine’s pulling between 2,000 and 3,000 rpm. Most important, it’s not a trait I ever remember detecting in rival Audi, BMW, or Mercedes-Benz models.